New Orleans        There is something quintessentially New Orleans about meeting at Cafe du Monde in the heart of the French Quarter on a steamy July morning just as the waiters are pulling chairs off the tables having hosed down the patio for another day.  It was there that I enjoyed a cup of black coffee recently with Peter Leyden and his wife as they tried beignets and cafe au lait.  Peter was taking some time to show his family some parts of the south that harkened back to his early cub reporter days in Birmingham, Alabama some years ago, but he was also full of thoughts and ideas for his next chapter.

Peter until very recently was the director over the last three years of the New Politics Institute, a DC based “think tank,” founded by Simon Rosenberg that arose in the wake of the 2004 election to try and look for strategies and technologies that could meld a more effective progressive politics.  The excitement of what Peter calls the “Obama Moment” speaking to the rise of what he hopes could be a “movement” candidate for a really new politics he believes could be ushered in by this watershed election.

Listening to Peter spin out his hopes and plans for Next Agenda being a progressive think tank that helps serve this political change by thinking about transformative programs and policies that could guide the next 20-30 years was exciting.  We are always so “in the bunker” focused on getting through the election in the trenches and hoping against hope for victory, that Peter’s belief that the Obama-McCain contest was virtually over now and might possibly be (I swear this is what he said) “a landslide” was startling to me.  I don’t know if this is the difference between living and working in San Francisco as Peter does or the blue city / red state phenomena of New Orleans, but I was ready for the news, and wanted to believe.

We ended up talking, probably too much, about my wet blanket worries from all of the meetings we have had, including the spring Organizers’ Forum about regime change, about the problems of budget restrictions and the long queue of critical issues that we had to win, but knew in our hearts would get whittled down and diluted.  Peter’s connections from his stint as managing editor of Wired with all of the cutting edge tech thinking (and money) though might mean that in other ways he is right and would be in the perfect position to get an audience and fair hearing for some important structural changes since technology is still all of the buzz in DC.

Worth watching what happens with the Next Agenda.  It won’t be boring. 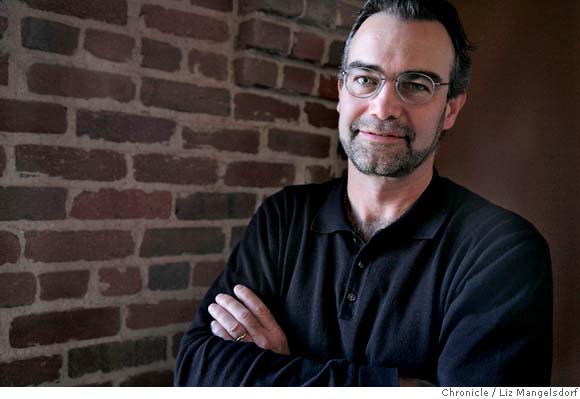