Breaux Bridge        We stumbled into breakfast at the Cafe des Amis on the Main Street of Breaux Bridge and within minutes found ourselves caught up in an early morning zydeco breakfast.  There was a full zydeco band from Lake Charles that was hot as fire and while we tried to get eggs and sausage we competed for floor space with a steady stream of dancers hop stepping to the hard zydeco beat at 9 AM on a Saturday morning.  Can it get much better than this?

Wikipedia introduces zydeco in the following way which is more helpful that I might hope to be:

Zydeco (French: "les haricots", English: "snap beans") is a form of American roots or folk music, that evolved from the jure during the late 1800s call and response vocal music of the black and multiracial French speaking Creoles of south and southwest Louisiana.

Usually fast-tempo, and dominated by the button or piano accordion and a form of a washboard known as a rub-board or frottoir, zydeco music was originally created at house dances where the blacks and free people of color of south Louisiana would gather for socializing.

As the Creoles further established their communities and worshiped separately as well, the music moved to the Catholic church community center and then later to the rural dance halls and nightclubs. As a result, the music integrated waltzes, shuffles, two-steps, blues, rock and roll, and most dance music forms of the era. Today, the tradition of change and evolution in the music continues always keeping relevant while integrating even more genres like reggae, urban hip-hop, R&B, soul, brass band, ska, rock, Afro-Caribbean and other styles in addition to the traditional forms.

It sure worked to knock the blues out in the morning and give a two-footed kick to the day. 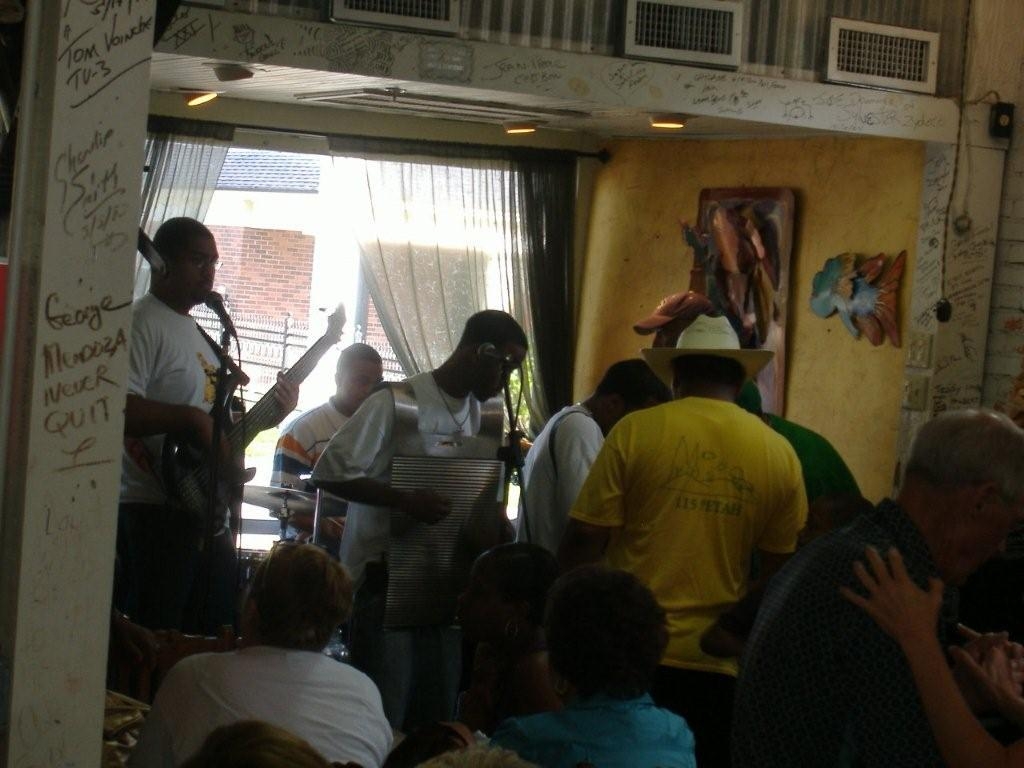