New Orleans        I finally stumbled on the 2005 movie, Constant Gardener, set in Africa, including extensive footage of the slums of Kibera and watched it front to back.  The movie was directed by the gritty Brazilian director, Fernando Meirelles, famed for City of God, filmed in the favelas of Rio de Janiero.  Constant Gardener starred Ralph Fiennes, playing a diffident, unassuming Brit diplomat stationed in Kenya, and Rachel Weisz, a young woman who won the best supporting actress for playing the role of a young activist who somehow falls for this guy after barraging him with questions in a London lecture and then in an unlikely series of events beds, weds, and follows him to Africa.  The movie is based on a John Le Carre’ mystery novel of the same name.  The photography of Africa is beautiful, particularly in the northern part of Kenya.  A lot of pieces don’t’ fit together.  The ending is hard to sort through.   The price was right, and I might watch it again.

Saying all of that, let’s look at a couple of the issues.

The Rachel Weisz character and her doctor pal are murdered by drug company goons because they are exposing TB trials being done in Kenya whose side effects are killing people.  The murders are facilitated by the British High Commission, sort of a state department making sure that business works for British companies in Africa and jobs are created, an everyday story of commerce and governmental policy all over the world.  Kenyans are exploited easily because they cannot get access to medicines they need cheaply without agreeing to also participate in the trials (though of course they have no idea that these are trials).  The underlying point the movie did see as its mission to make would have to do with the obscene profits made by pharmaceuticals in Africa and the prices that they ransom for their wares among the sickest and poorest people on the globe.  But, hey, this is a movie, right?

There is a scene of an attack on a refugee camp near the end of the movie in southern Sudan, which is terrible and largely gratuitous to the movie, since it borrows from the horrible horse bound, Janjaweed, government supported atrocities widely reported in the disputes around Darfur, but somehow is part of the drama moving towards the climax because our “hero” gets a key letter there from a refugee doctor.  But, hey, this is a movie, right?

What unsettled me most turned out to be the footage of the Nairobi mega-slum, Kibera.  I had seen clips of this before, and thought; well at least it’s getting some play.  I had never realized that the scenes there are also gratuitous.  It makes the Rachel Weisz character seem rooted to the community and the poor, but she is simply a white woman walking along the edges of the railway and children are saying hello.  This passes for affection, but it is often little more than the opening gambit on the way to a request for a shilling, a sing-song form of begging.  She didn’t work in Kibera, she just walked through on a reality slum tour.  Kibera in the film is distinctive, as the camera pans over the sheet metal roofs going up and down the hillsides, but the experience is at a distance.  It is orange, red and colorful.  The camera never walks into the huts.  There is a sense in the movie of the crowds without any knowing of the people.  Everything about Africa, Nairobi, Kenya, and its people ends up being backdrop and stage setting.  That was unexpected and unsettling.  Perhaps this is still better than nothing at all about any of this, but almost a “Disneyland goes to the slums” tour.

A Constant Gardener Trust was registered in the United Kingdom.  The website says that donations came from the author, the director, and the two main stars.  A health fair was done in Kibera.  A small school was constructed up north.  The movie came out in 2005 and the last posting I could find on the “small” trust as it refers to itself was 2006.  The claim in the description was the cast was affected by the experience and wanted to “give back.”  Was this real or just marketing?  It’s hard to tell, but the work of the CGT seems to have faded not long after the movie went from theaters to DVD then Blockbuster and on to HBO and beyond.

This is all still better than nothing no doubt, but it leaves you feeling a little hollowed out and empty at the end of it all, not better or right, but simply disempowered, and perhaps the movie even intends to have you feel fearful of Africa, Kibera, and the big drug companies and their ruthless power and connections.

This can’t be how we change the world. 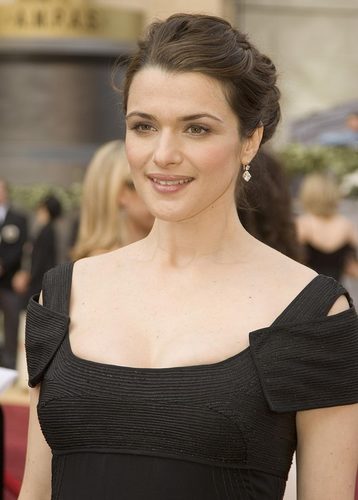