San Francisco        Our colleague and friend, Na Hyowoo  of Asian Bridge returned the other day from a trip to Mongolia as part of his work where he had been observing the progress towards democracy.  He shared the following report about the recent riot in that country against corruption and other issues, which gives a sense of some of what is happening in this remote land.

We deeply regret the violence that erupted after the public protest on July 1, 2008, leaving several people dead, many injured, and valuable public and private property destroyed, including precious cultural artifacts. We believe this violence was an extreme expression of deep-seated anger and frustration accumulated by significant sections of the society as a result of persistent injustice and corruption.

We regret that during this critical time of public unrest and violence, political parties are seeking to maximize their political gain in pursuit of their narrow interests with no regard for people’s lives and human rights and freedoms.

We regret that the government failed to accurately assess the situation and take proper measures in a timely manner. The violent confrontation between citizens and the police demonstrated a tragic lack of the police leadership’s conflict management capacity and skills.

We are deeply concerned about the safety of over 700 people arrested during the riot as reports are coming in from their family members about torture and inhuman treatment by the police. We demand access to the detention sites to monitor the human rights abuses against the detainees, many of whom are reportedly under-age. We demand that the detainees’ right to legal representation be fully ensured.

Furthermore, we demand that all possible measures be taken immediately to identify and persecute those responsible for the heinous crime of shooting 3 people to death with a fire-arm. We are shocked by the report that one of the victims was shot in the back while running away from the riot site.

We hold that the use of force against demonstrators, rioters and observers without having properly communicated to them the Declaration of the State of Emergency was a serious violation of human rights.

We believe that this incidence was a manifestation of the loss of faith on the part of many Mongolians in the possibility of peaceful and fair resolution of conflicts in the Mongolian society. Therefore, we call on the government, all political parties, citizens and civil society organizations to join efforts towards strengthening of Mongolia’s democratic institutions and restoring citizens’ faith in the electoral process.

I have included several dramatic photos of the riots that Na took while there.  These will also be posted on asiananews.org. 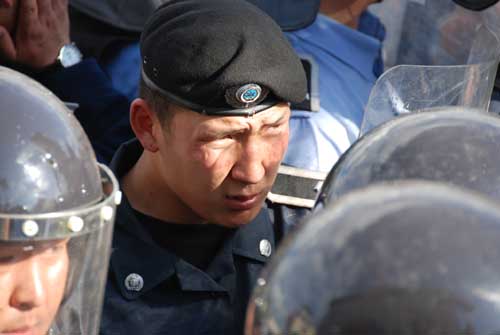 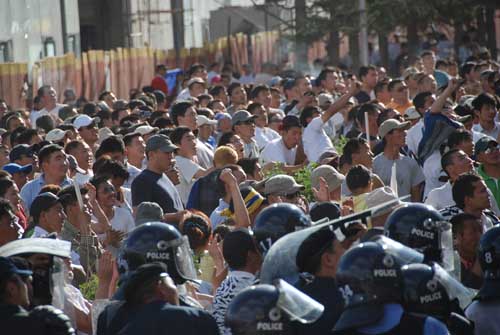 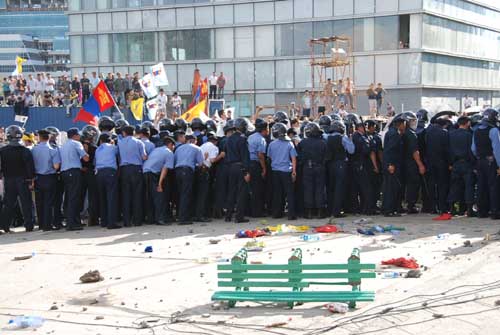