Ottawa        Another year had gone by and it was amazing to hear the leaders give reports on the amount of progress in Vancouver, Toronto, and now with the new office in Ottawa.  About this time every year we have met and compared notes, and accomplishments are getting larger and larger.

The signature campaign to block pay-day lending has now seen reforms implemented at the provincial level several places.  The long running effort to win licensing of landlords and more rights for tenants in the Toronto area is going to the executive council and Marva Burnett reported that we have been assured of passage.  This would be huge!

Even in individual buildings the results have been significant.  Kay Bisnath told me in the social housing complex where she stays in Scarborough the three buildings have seen hundreds of thousands worth of repairs finally in recent months.  A national effort against a management company called TansGlobe owned by some Germans and operating in the GTA and the Ottawa area is squarely in the sights of our Canadian members, so there should be something happening here soon.

We had some interesting discussions about building assets and how to approach financial institutions to expand their partnerships with us in Canada.  The most exciting news continues to be the development of our relationship with VanCity, the large and comprehensive credit union based in Vancouver.  Through VanCity directly and their subsidiary, Citizens Bank, our tax centers have taken off.  Vancouver in its 2nd yard did 650 returns, and Toronto also ramped up with Ottawa on tap for 2009.  One of the things the leaders wanted to explore is matching programs that would see money on returns put in special accounts and then get a bump in the form of a map from our private and public partners.  Heady stuff!

Judy Duncan, ACORN Canada Head Organizer, and I also reported on several exciting conversations we had with unions in Canada in recent days around the prospects for expanding worker associations as a majority union organizing model.  We came away from a discussion with the Steelworkers supercharged about the prospects, but with a lot of work to be done.

The meeting was fun and good spirited.  I enjoyed its “old school” feeling.  Members and staff being billeted (crashing) with other members around city or doubling up at the YMCA/YWCA.  The meeting took place at Mr. Pro’s house a couple of blocks away from the Vanier office.  He had personally made a lunch that if anything seemed almost gourmet — pesto French toast sandwiches, gazpacho soup, and some kind of chocolate bar dessert that was delicious. 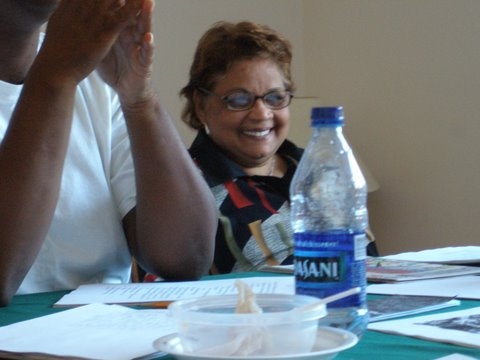 Kay Bisnath from Toronto
Marva Burnett , chair of ACORN Canada’s board
Dave Tate from Vancouver, another board member 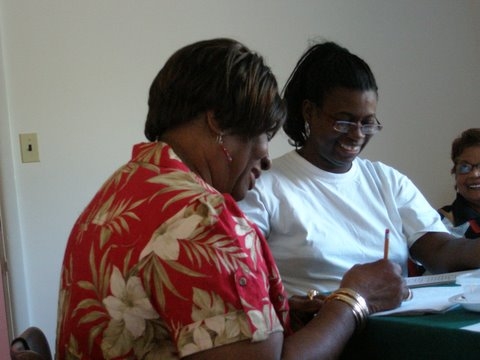 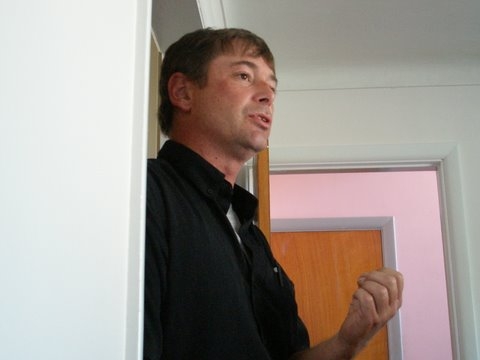