Coffee with Chicory
New Orleans             Having been asked a thousand times
about the New Orleanian, and my personal preference, for coffee with chicory, I
loved this article by Ned Hemard that was forwarded over to me by our friend,
Chad Pellerin, who read it in the Louisiana Bar Journal.  I think you will, too!
Coffee With Chicory

On the Ides of September, 1805, Admiral Lord Nelson set sail for
Trafalgar and his destiny. By that time, his successes and those of
Lloyd’s of London were intricately interwoven. The fortunes of each
revolved around Britain’s safety and prosperity in connection with its
command of the sea.

The merchants of Lloyd’s, as insurers, were keenly aware of the brave
risks which Nelson and the Navy took to protect England’s maritime
trade. They also raised money to help the wounded and bereaved
after each of the major naval battles. And after the Battle of the Nile
in 1798, they also donated a silver dinner service to Nelson "as a small
token of their gratitude".

Lloyd’s began as Edward Lloyd’s coffeehouse around 1688 in Tower
Street, London. There sailors, merchants and ship owners gathered
for coffee and reliable shipping news. This led to insurance deals
amongst themselves. How did it all start?

It is thought that the renowned Persian philosopher and physician Razi
(c. 800 AD) may have been the first writer to mention the coffee plant
(native to the similarly sounding Kaffa district of Ethiopia), calling it
bunchum. In Ethiopia, coffee was not first brewed to drink. Monks
digested the beans whole to aid in wakefulness during prayers. But
within a few centuries, al-qahwa was a beverage widely available in
the Arab and Persian world. Muslim trade with Venice had brought the
custom into southern Europe by the early Renaissance, and the British
and Dutch East India companies had brought coffee to England by the
16th Century. The Dutch dominated the coffee trade in Mocha
(Yemen) in 1696, and introduced the precious crop in their colony of
Java, providing yet another nickname.

Lloyd’s was not the first coffeehouse in England. A Turkish Jew named
Jacob (or Jacobs) opened the first one in 1650, and in twenty-years
there were several thousand operating in the British Isles. Even
before Lloyd’s opened their doors, there was an anonymous “Women’s
Petition Against Coffee” published in London in 1674:
“The Excessive Use of that Newfangled, Abominable, Heathenish
Liquor called Coffee, which Riffling Nature of her Choicest Treasures
and Drying Up the Radical Moisture, has so Eunucht our Husbands …”
The distraught Englishwomen were afraid that their “Gallants” would
“become impotent” and that the “continual sipping of this pitiful drink”
would make the poor dears more adept at “talkativeness” than their
wives.

As with other tropical commodities, coffee did not become widely
available outside of wealthier domains until the establishment of slave powered
coffee plantations in the Americas. The French established
their plantations in the West Indies during the late 1600s and early
1700s. Successfully cultivated in Martinique about 1720, coffee was
brought by the French to their new colonies. This included New
Orleans, founded only two years before. Haiti soon followed and, from
the 1730s until the slave uprising in 1791, it supplied fifty percent of
the world’s coffee and forty percent of its sugar.

After all that tea unpleasantness in Boston Harbor (and his visits to
France), Thomas Jefferson called coffee “the favorite drink of the
civilized world”. By 1815, the word “cafe” was beginning to replace
coffeehouse, in large part due to the young nation’s acquisition of New
Orleans with the Jefferson’s Louisiana Purchase.

So what brought about the New Orleans’ famous pairing of coffee with chicory?

Chicory grows in Europe and North America as a wild perennial plant
with blue, lavender, or some times white flowers. In the United States
and France it is known as curly endive (Chicorium endivia). Endives
are used for salad, but it is the chicory root that is used as a coffee
additive.

The chicory plant has been cited in the earliest recorded literature.
Horace touts it as a major component of his diet when he writes, “Me
pascant olivae, me chicorea, me malvae” (“As for me, olives, endives
and mallows provide sustenance”). But how New Orleanians came to
drink chicory with their coffee had much more to do with Admiral
Horatio Nelson and Union General-in-Chief Winfield Scott.
Lord Nelson’s dominance of the sea during the Napoleonic wars
impeded the importation of coffee into France, so chicory often
appeared as either a coffee substitute or an adulterant. The same
thing happened in the Crescent City during the Civil War. The Union
blockade of the port of New Orleans (implemented as part of General
Scott’s Anaconda Plan) led to the sudden scarcity of coffee and other
commodities. So just as the French did, New Orleanians added
ground, roasted chicory root to stretch their limited stock of imported
coffee. The chicory, grown locally as a wartime measure, moved from
the realm of temporary fix due to scarcity to the embracing of the
chicory blend on a permanent basis. Its smooth texture and
comforting caramel-like flavoring helped coffee with chicory become
and continue to be a local favorite. The New Orleans City Guide
compiled by the Federal Writers Project of the WPA informs us that
“Creole coffee is a mixture of pure coffee and about twenty per cent
chicory”.

Coffee has always been serious business in New Orleans, being a
major port for Latin American trade. But besides the stacks of sacks
on the port docks, locals have always enjoyed this stimulating brew.
Coffee shops are not just a modern phenomenon in this Starbucks
age. Even in the decade before the Civil War, there were over 500
coffeehouses in the city.

Today, it is estimated that one-third of all coffee imported into North
America makes a stop through the port of New Orleans. Folgers
Coffee (now a division of jelly giant, the J. M. Smucker Company)
operates the world’s largest coffee roasting plant a few miles down the
Mississippi from the French Quarter. Some dozen local roasters,
including Folgers, import an average 250,000 to 300,000 tons of
coffee beans annually through the port. So important is coffee to New
Orleans, President Bush visited Folgers’ plant in September 2005 right
after Katrina. Folgers had sales in 2007 totaling $1.6 billion. Local
roasters prepare products for some twenty local and national brands.
Many like their coffee black (like the young girl in “Airplane”), but Cafe
au lait is an immensely popular New Orleans favorite. This custom
began in Vienna when the military obtained huge quantities of beans
from the defeated Turkish army and then set up shop. Adding milk
and sugar to coffee is believed to have originated with a Polish-born
army officer named Franciszek Kulczycki, who opened the first
Viennese coffee establishment.

Cafe Du Monde (CDM) coffee (since 1862) is traditionally served au lait
(mixed with half coffee and half hot milk) and beignets. One can even
get mocha added there now. William B. Reilly founded the company
that produces CDM Coffee, believing New Orleans would be an ideal
place to set up a coffee roasting and grinding business. The company
that began in 1902 now produces not only coffee, but a vast array of
products.

Morning Call was the other great French Quarter coffee stand on
Decatur, where debs and dates or parents (with kids in their pajamas)
could drive up for beignets and coffee. Founded by Joseph Jurisich in
1870, it moved to Jefferson Parish in 1974.

Community Dark Roast Coffee (owned by the Saurage family) is
popular with New Orleanians, and today there are CC’s throughout the
city. From 1957 to 1961, Jim Henson made lightning-fast humorous
television commercials with his muppet-like characters for Community
and other coffee companies. They were a huge success and bolstered
his career.

In 1890, French Market Coffee & Chicory was first roasted, blended
and packaged in New Orleans. A century ago, there were some
twenty-four coffee dealers in the city, including Merchants Coffee
Company. Merchants merged in 1986 into the American Coffee
Company (at 800 Magazine Street since 1941), which produces French
Market and Union Coffee. New Orleans author and food critic Tom
Fitzmorris recommends Union Coffee and Chicory as his preference.
There are so many favorite coffee brands and shops in the New
Orleans area. Phyllis Jordan opened the first PJ’s on Maple Street in
1978 and others followed. There’s Rue de la Course, Royal Blend,
Croissant d’Or, Cafe Beignet, VooBrew and Nola Beans, to name just a
few.

The incredible olfactory delight of roasting coffee is the best form of
aromatherapy in New Orleans, and it is the memory of that
extraordinary smell that now compels me to take a coffee break.
NED HEMARD
New Orleans Nostalgia
"Coffee With Chicory"
Ned Hemard
Copyright 2008 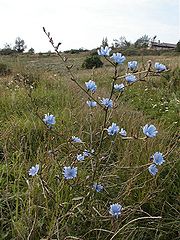