Christmas in Antigua
Antigua           They take Christmas very seriously in Guatemala.  Virtually every night we have stumbled into a processional of various shapes and sizes with music, marchers, and a float or nativity scene borne in some fashion traveling Bethlehem.
The marketplaces have been full as the day comes closer.  At noon we stepped into a mass in a Franciscan Church built around 1530 AD.  Another would come in the night.  A brown cassocked priest oversaw the placing of the straw on the eves near the giant wooden doors where they were assembling the nativity scene for this evening’s service.  Afterwards there would be food, and as one man described it, “more firecrackers than you can believe.”  There have been firecrackers every night echoing along the cobble streets in this valley.
Everything is closing down on Christmas Eve in the afternoon, though some things will open again on Christmas day.
These are institutions that have spoken deeply to people here for centuries.
We join the parishioners in a prayer for peace. 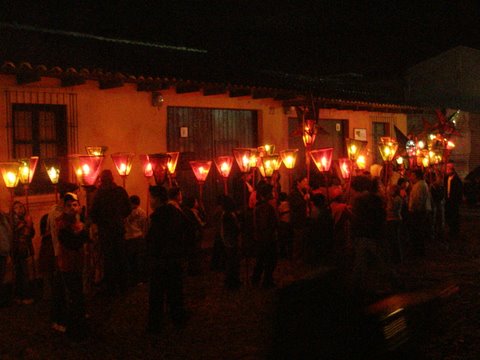 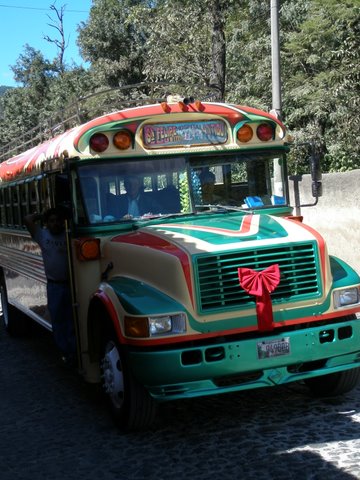 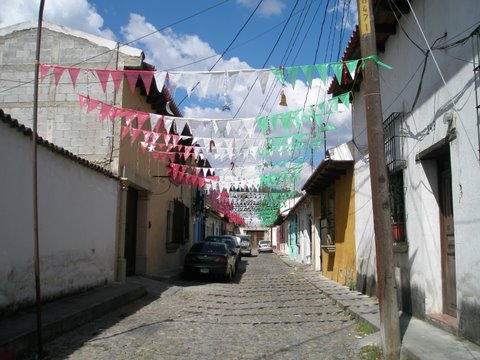