Coty Simmons and the Mean Streets
Antigua           We were all stunned by a shattering re-pressurization for entry back into the States, our work, and life in our city — New Orleans.  We had heard the night before from friends and then read on-line in the Times-Picayune that Coty Simmons’ had died along with her unborn child.  She was all of 20 years old, and now shot dead through the head in the backseat of her sister’s boyfriend’s parked car.

We did not need to read the story to know Coty.  I had seen her frequently enough in the office to say hello and smile.  She worked for New Orleans ACORN, and we passed enough in the halls.  Her slightly younger sister also worked for a long time down the hall from me in another building with the ACORN Centers’ operation.  These were beautiful, drop dead gorgeous young women with smiles that make the world a better place.

Her dad, I saw often enough since the hurricane, since he worked on the gutting, recovery, and lead remediation crews.  Lionel would look me in the eye and shake my hand.  It didn’t matter to me where he had been, he was where he needed to be now, and was doing what needed to be done.  I cannot say that I knew everything in the world about the Simmons family, but I knew enough from their work to know a lot about this family, what they stood for, and how important their return was to the future of the city.

Ramon Vargas, the Picayune reporter, added some details about Coty that were new to me.  She had gone to Rabouin High School and managed to be accepted as a sophomore to the state supported, New Orleans Center for the Creative Arts, because of her talent as an artist.  This is one of the exceptional public schools in the city.  Wynton Marselis graduated from there as well as Benjamin Franklin High School as an example of the talent the school has nurtured.  She didn’t return to NOCCA in the fall of 2005.  Perhaps she wasn’t going to do so, as the story indicated, but Katrina started off the 2005 fall term, so it is impossible to tell whether or not NOCCA might have coaxed her back.  She was transplanted to Georgia, and did not return to New Orleans until this year, having graduated from Lithonia High School in that state, long after the rest of the family was back home and deeply involved in the recovery.

I cannot romanticize New Orleans.  My city may have a slightly smaller footprint now, but there’s a tough sole on that shoe and a people still raw and vulnerable will put it in your face or up your tail in a minute.  Coty and her baby are another footnote in a city where it is hard, especially where we live and work, to not know people, and know them well, who are tragically victimized by the mean streets and the countless judgments that are made to live here with no guarantees that there are right answers to every question or right turns in all directions.

Coty Simmons was probably neither saint nor sinner.  She seemed like a vibrant, 20 year old with a lot to learn about the world and a lot to give to the world, if and when, her act was together and the world were open to her gifts.  This is how great cities and people sort through the contributions that are given in the gumbo of diversity, the flux of change, and the hard sorting to move past the challenges of time, money, and streets themselves.

Coty didn’t make it, and that’s a sad, sad tragedy for her family, those of us who knew her, even only slightly, the community, and the city itself.  The Coty Simmons, like her sister, Sully, and so many others have to find peace and a place to survive and thrive in New Orleans, this walking wounded and symbolically forgotten and forgiving city.  The City of New Orleans, and so many others like it, has to be a major priority for the new President.  The Coty Simmons do not need the rare advantages that came to Barack Obama, but they need a fair shake and an even chance, and enough opportunity to grab firmly at the ring and try to make a go of it.  We now have electoral power in the United States without economic development that means enough good jobs to make the differences now matter.

Coty was caught by a bullet she did not see coming, and, I am sure with the silver-plated invincibility of all 20-year olds, never suspected.  I hope society spends as much time seeking justice for this life lost on our streets, as it would for any other citizen, no matter how high or mighty.

None of us can live like this.  No one should ever be allowed to die like this.

I don’t read the “posts” on the on-line editions to the newspapers.  It’s usually a whack parade.  It’s scary to me.  These posts are often a world of hate and prejudice that is chilling to the soul and the spirit.  I read the posts to the article on Coty Simmons, because I saw my daughter transfixed with her eyes in front of her laptop and a look of horror etched into her face that was literally frightening to me.  I said, “What’s wrong?  What are you doing?”  Finally, she said, “the posts on Coty,” and that’s all she would or could say.  I opened up the computer and started reading them myself.  The essays that focus on the beginning and end of civil discourse in our society and the kind of people we are and are becoming, might should begin and end right here with a look at the alienation, rage, and hate of people seeking their voice through such postings.

Remember, these were comments about a young woman and her baby having been shot and killed.  There has to be a benchmark level of common decency that must prevail in such a situation.  Some posters even seemed to realize this, but for many the recognition was ever so brief.  Others seemed almost to blame Coty for her own death.  For taking a nap in the back of a car while her sister visited with a boyfriend in the front seat.  I’m sorry.  I don’t know where these people were raised or the location of their planet, but I am not sure this is an offense of any kind, but it’s certainly not a capital offense.  There were efforts to drag down the father and a brother.  There were intimations of violence and revenge.

Save me, Lord, but if there are laws about hate speech, let’s start enforcing them on these blog postings in major, urban newspapers.  I am glad to have this conversation with my friends at the ACLU, but some of this is speech that should be chilled.  It’s dangerous and degrading.  It is making the internet a nasty piece of work.  I don’t care what children might chose to look at access on-line, but I do not want them to read this kind of vitriolic, racist garbage.  Such people and their rage need to not be legitimized, but instead allowed to slink back into the slime from which the rest of us have tried to rise. 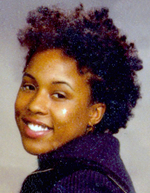