New Orleans               The New York State Court of Appeals concluded several months that the drumming being done by SEIU 32B-J on plastic containers, pots, and cans in front of the Empire State Building was neither pre-empted by federal labor law nor seemingly part of their overall free speech rights as the union sought to organize security workers there.  A spokesperson for the union said that this was merely a temporary setback, and B-J was still confident of victory at the highest levels.

Utilizing noise tactically has been increasing in the United States over the last decade.  The culinary workers in Vegas and San Francisco have specialized in robust use of pots and pans in recent years.  Janitors with SEIU have employed aluminum soda pop cans with peas or b-b’s or whatever in them as shakers to good effect.  Bullhorns are of course very old school, but these new twists have enlivened protests and acquired almost a feeling of musicality to the events, blurring the line between protest marches and something more akin to Mardi Gras parades.

It seems in the facts of this case that B-J was leafleting workers at various entrances to the Empire State Building and using the drumming as musical accompaniment to the organizing.  The property management company filed a nuisance suit after 18 days of such activity claiming it was coercive.  The union said that these were protected rights and pre-empted by federal labor laws.  This is the mess the courts are still straightening out.

A heads up though to organizers around the country to keep their ears open, because it appears that our efforts to be heard above the din of the streets is under concerted attack now. 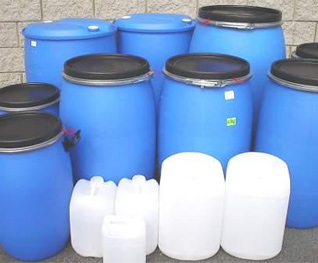