February 7, 2009
Dar es Salaam             The devastation being wrecked by the economic meltdown is probably a more global phenomenon than globalism itself and certainly intensified by the interconnectedness of all economic lives in these days and times.  A line running at the bottom of the screen on the BBC news reported that a United Nations official estimated a 15% increase in poverty in Latin America, where only recently World Bank and International Monetary Fund officials had been trumpeting the fact that almost all of these countries had reached the rank of “middle income” nations.

Here in Tanzania’s largest city and capital everything still seems low-slung with none of the high rises that accompany capitals and other cities of more than a million people.  Not that this is a sleepy city because in fact the bustle is everywhere from the snarled traffic to the teeming life along the port.  There were small signs of the downturn though.  The plane, only a little more than half-full from London, signaled that tourism was substantially down in the face of the downturn.  Inevitably that means less action for safari tours and treks towards Kilamanjaro or Lake Victoria and other famous sites in Tanzania.

Here though the economy is still 80% agrarian providing a huge buffer against the whims of global economy.  It is hard to trumpet such an economic foundation with its bare sustainability and frequent poverty, but nonetheless there is a settled sustenance rather than busted boom.  Exports of coffee and tea should still be steady as well, though the statistics are not really in yet.

Until sitting here in the middle of Eastern Africa it is easy to forget that there is still an entire continent that is more or less, pre-industrial.  Is that something that we are suddenly thankful to hear? 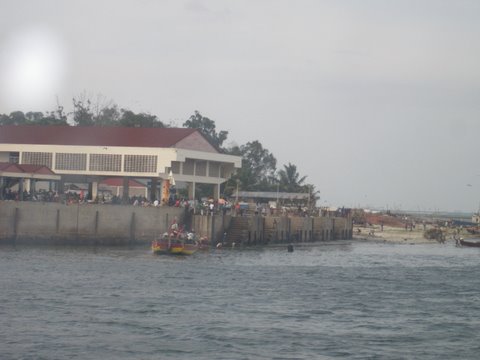 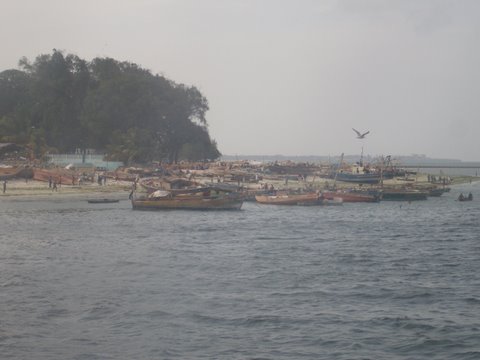