Delhi  It wasn’t just the fact that there were maybe 50- 80 wastepicker workers there at the first conference and now there were close to 500 a year later at the 2nd conference.  It was more a sense that some maturity was coming into the organization, but not just that I guess.  What was really exciting is that the crowd was a mixture of many of the primary groups that we had dreamed would be the core of a larger union of informal workers across India someday including not only ragpickers but others.  Out in the crowd and in the banners hanging around the wall, we could see the evidence that this was really stirring and coming together.
Now we had a large delegation of women workers who were part of the ACORN International Domestic Workers Federation working in individual homes at indifferent wages and difficult social environments.  There were men lean to the point of seeming to be nothing more than sinew with eyes and feet who were part of the emerging ACORN International Rickshaw Pullers Federation.  There were a good number of hawkers that were forming into a Hawkers Federation with our assistance.
The other exciting thing about this conference was the interconnectedness of the issues.  These marginal and informal workers were as desperate to talk about housing — because they needed it — and education — because it didn’t exist for their children — as they were to talk about livelihoods.  It would have been a waste of breath to describe the fact that the issues intersected.  They knew that all too well and wanted to do something about all of it.
It felt like a good solid 2nd step towards something that really be able to grow with support and careful organizing. 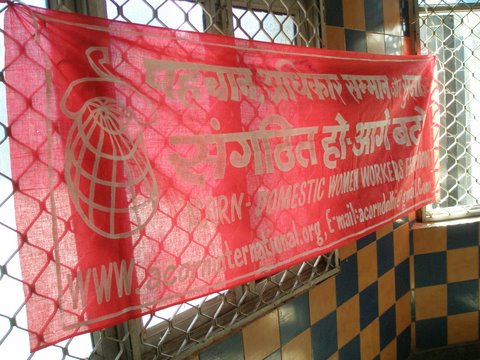 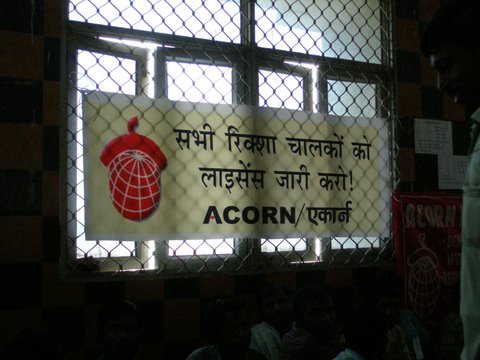 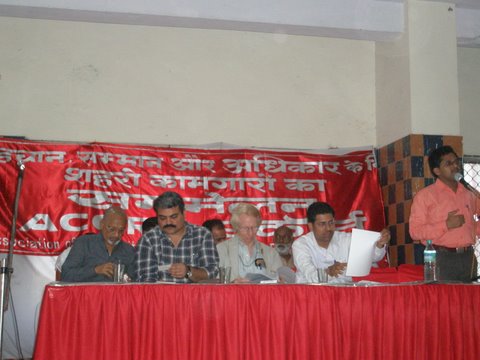 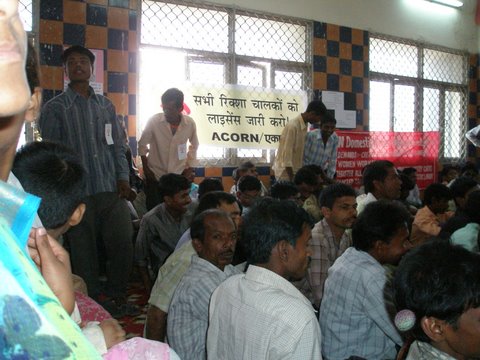