Chennai     Suresh, our Bangalore organizer, surprised me by coming over on the train to meet me in the afternoon on our rounds of Chennai.  We were walking through the central district “constituency” with M. Sampath.  Sampath had formally represented this area as a city councilor from the CPI (Communist Party of India).  His wife was the current councilor.  He was well known along these teeming streets.

We spent some time talking to the head of a section of the street vendors union.  A small woman with whose face moved quickly from serious intensity to quick smiles as the subjects changed.  These were hard times for street vendors, and they had been our very dependable allies in the FDI Watch Campaign.
Suresh pulled my shirt to point out a sign that said it all.  Hawkers and street vendors were forbidden near the footpath to a temple not far from where we just met.  There sat a vendor with his wares, taking his chances despite the contradictions written in English to a consuming public that ignored it at will, if they could read the admonition at all. 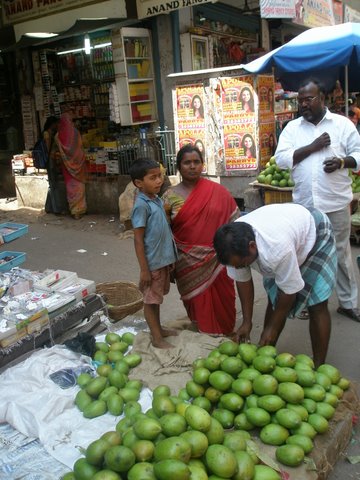 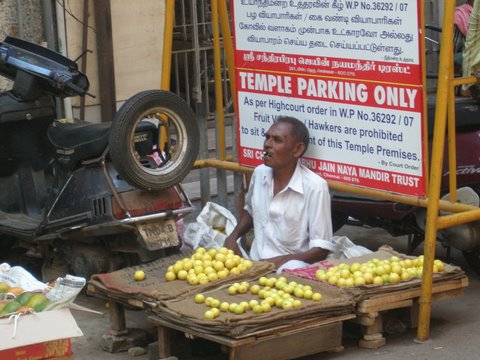