Bangalore  The meetings are great.  The press conferences are important for the campaign.  All of that is true, but nothing beats the direct organizing — even with translation — that I have had the opportunity to do in more than a half-dozen informal worker communities of different types around this surprisingly large, sprawling 5M+ city.
Most of the people I got to meet were women.  They were recyclers, domestic workers, flower cutters, vegetable and fruit hawkers, incense wrappers, and a host of other jobs.  Some made as little as 30 rupees per day.  Some made as much as 150 rupees a day.  When they worked!  There is a big range between 60 cents and 3 dollars to convert into US currency.
Contrary to advertisements and cultural expectations, when I described briefly the experience and success of informal worker organizing in the US and would ask the simple questions that organizers always ask — What are your issues?  What would you like to win?  What would happen if you organized a union and acted together?  Would you pay dues? — the truth is that everyone started talking.  The women were excited.  Leaders started to stand out.  Organizers started to have ideas about practical steps.  I was ready to stay forever!
In one group of several hundred families crouched between various metal finishing and chrome plants, I walked back into the “formal” meeting, and said I wanted to ask one simple question of what had been a quiet crowd.  Did the women notice their children ever getting sick in the middle of all of these metal tailings and from washing or drinking the water in the fetid ditch near their house?
Whoa!  They had no water from the government.  There were no public bathrooms.  The women complained of squatting in the fields and having to throw rocks at men and others to not be bothered.  There were no schools.  Organize?  Pay dues?  Essentially, they all yelled, “Show me the line!”
The most moving meeting was in the heat of the sun in early afternoon among 40 or more women all employed in various unique, but informal and low paid professions.  The meeting was in the range of what I had seen for two days.  100 here.  50 there.  One woman though by the end of my questions and our simple dialogue got it completely.  Twice she went through how they needed to divide into committees.  Get 10 women from each job classification.  Figure out what it would take to organize the sector.  Come again with all of the others to create the all informal sector union.
Sitting on a blue tarp, on the left I had found an organizer and on the right I had found a leader.
I was sorry to leave Bangalore, but now I’m certain the same thing is everywhere, once we start asking the questions, and then stop to listen to the answers. 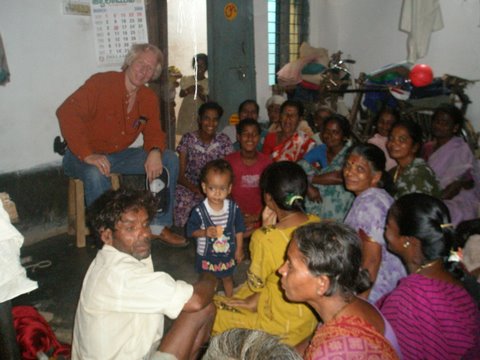 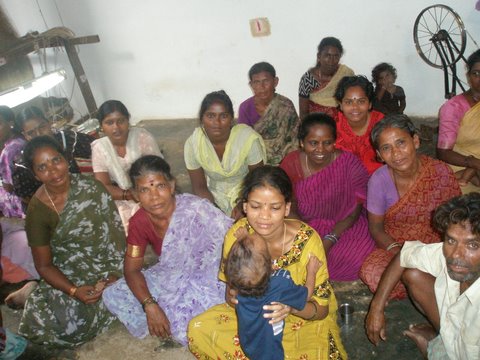 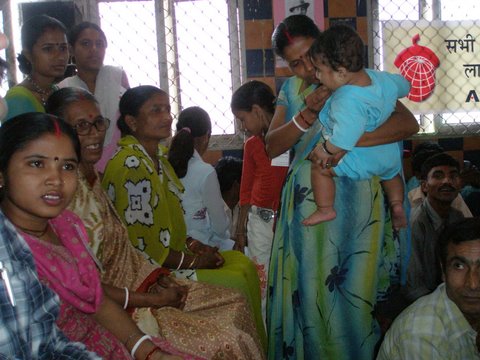 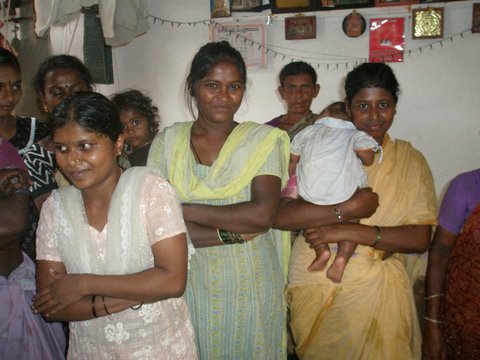 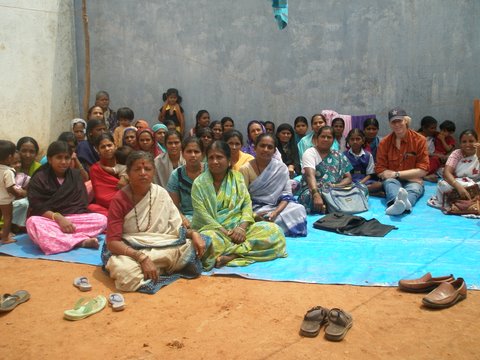 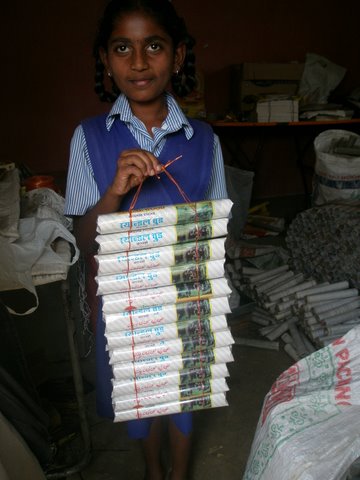 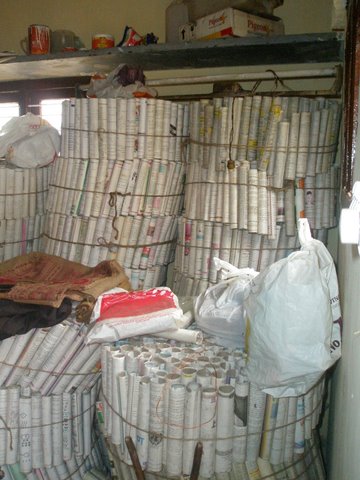