Dhaka        I’m at the point where one foot is still in the south Asian sub-continent and the other is already reaching out for home, but here are some more observations from this part of the world for what they might be worth.
Fiscal year in India runs April 1 to March 31st.
Bought “biscuits” at a bakery in Dhaka one noon at 20 tikas for two and then 6 hours later bought four for the same amount of 20 tikas.
On the other hand made a mistake of ordering a Foster beer from Australia (there are no local beers in Bangladesh where such are seen as non-Islamic) and the charge was almost the equivalent of $8 USD!
Somehow I was confused in Kolkata between English and various translations, but our old union friend, Ramen Pandey, straightened me out.  I kept thinking the name of the river running along Millennium Park was the name of the striking, modern bridge running over it, but finally he got me right.  The river was the holy Ganges said in such a way that it was confusing me with the Hooghly Bridge.  A picture I took years ago of men rowing a dhow of sorts with the bridge over them at sunset on the river — the modern juxtaposed with the ancient and now it seems the spiritual — that moved me so much that it is my computer’s screen background for the last year had taken me over I now realize because it was the Ganges no doubt with its great power and meaning in India.
A friend and colleague had observed to me in Delhi that the sari’s and salwar kameez were brighter, more colorful, wilder in Karachi, Pakistan, than in Delhi, and that turned out to be the case in Dhaka as well indicating that Muslim women are demanding something different and surprising it would seem.
At the hotel in Dhaka a man comes by in the evening to ask if you want him to come in and spray for mosquitoes.  I killed three in the cab coming in from the airport and the driver killed one.
The Burigana River running next to old Dhaka is an amazing site from the top of the bridge with the variety of boats of all shapes and sizes, both alive and well, and scuttled and rusting.  I was reminded of old pictures of the Mississippi River at the New Orleans crescent where every inch of water seemed covered in various water craft at mooring, docking, or moving across the river.
I walked by a huge building that turned out to be the Bangladesh National Museum.  The hours were interesting and Friday was 3 pm to 8 pm, and it was after 5, so for 10 taka (about 16 cents), I took a look.  Any national culture that understands the value of the diorama has a huge amount going for it, and Bangladesh steps right up there on that score, not to the level of New York or Denver Museums of Natural History, but certainly on a par with the Museo de Aves in Saltillo, Mexico for example.  Great stuff!  There seems to have been an animal (now endangered) that looked the spitting image of an armadillo, and I think we need to hear a lot more about that in the future.  The news has obviously been hidden, rather than celebrated.
At the kebab house from time to time a beggar would come silently to the door, usually a woman or several women, who would stand silently with their hands cupped out in front of them, until a waiter would either notice or take the time to walk over and give them a coin or a little something in respecting the Muslim tradition of giving.  Quite moving and effective really, though on the other hand not responding seems to provoke severe actions as well.
In Kolkata on the way to a meeting I walked by a man wearing a simple cloth, sitting in an elegantly twisted position, bent over to face the pavement with hard boils all over his body and a cloth in front of him with a rupee or two placed there.
In both Kolkata and Dhaka it is surprising to see heavy bags of cement or whatever on a cart being pushed up a bridge or along a crowded highway with one man pulling and two or three pushing.
In Dhaka hard cane baskets sometimes with a piece of sheet metal at the bottom are used for selling goods, hauling everything from gravel to bananas, and even as the utility tool for sleeping or shelter.
Like Zanzibar and Havana it was not until the top floor of the museum that one found the “political” or contemporary take on history with its own story of war, revolution, and emerging independence or separation.
In three days in Dhaka I saw perhaps one person at the museum who might have been an American, I saw one German or English looking gentlemen in the hotel, and that’s it.  Period.  I saw a dozen Chinese men in and around the hotel and a similar number of young Japanese tourists.
It’s a big world out there.  President Obama speaking to a town hall meeting on CNN World Wide just said that Europeans couldn’t continue to blame America for the world’s problems but had to join with us.  He confronted anti-Americanism head on in Europe.  Interesting!  He also acknowledged that globalization had left a number of countries out of the progress and poorer.  Wow!
Big world. 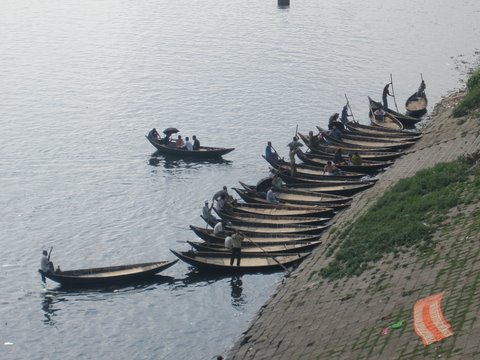 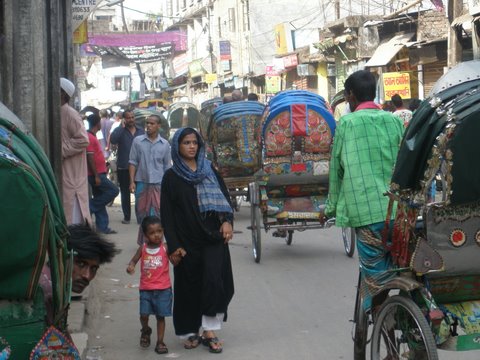 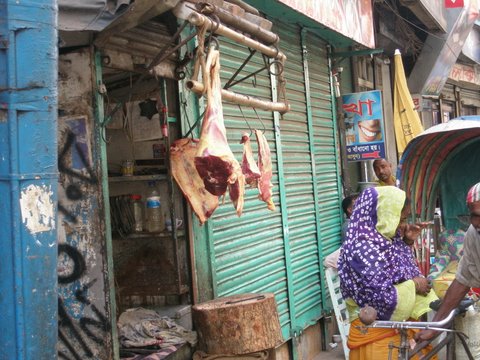 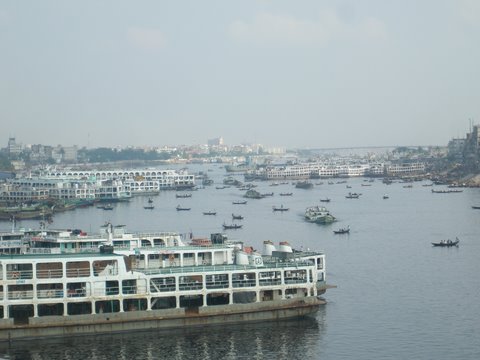 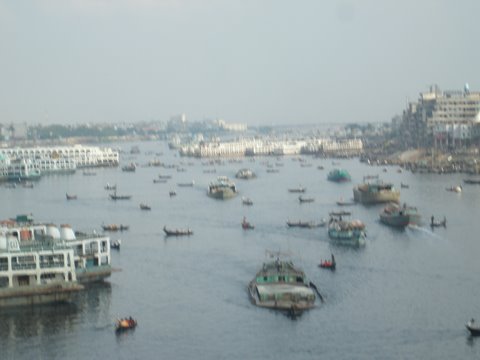