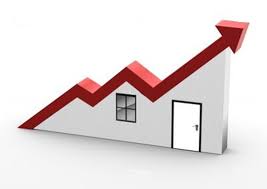 Milwaukee       Before dawn a chart ran on the TV screen at the airport hotel’s breakfast room that listed cities where rent was rising the fastest across the country.  I was in Milwaukee huddled with airline personnel grabbing something for early flights to Detroit and Chicago.  The news readers were huffing about Milwaukee supposedly leading the list with the highest percentage increase in the country over the last year.  I could see that New Orleans was second on the screen.

Once back on the internet I tried to track down the chart, but was unsuccessful.  I did find some support for the local Milwaukee news.  The area had recorded increases in recent years of up to 8% which some data ranked as the 3rd highest market increase in the country.  Other data sets indicated over five years Milwaukee’s rent had risen about 15%, but only 1.5% in 2018.  New Orleans was in fact close behind at 14.5% over 5 years with a median rent of $1400 to Milwaukee’s $1350.

Of course, as painful as those figures are for local residents, Oakland’s median rent has soared over 50% in 5 years, Seattle’s almost 40% in the same period, Tacoma and Anaheim more than 33%, Nassau County 36%, Boston 23%, Memphis 21%, Little Rock almost 18%, Nashville over 25%, and so forth.  You get the picture.  I’m not even talking about New York City or some other places where rents are simply moving from absurd to ridiculous.

Once you start crawling down the figures in some of these websites, it’s a rat hole with no way out, although that’s not necessarily the picture many of the promoters are pushing.  Some will argue that house prices are rising more quickly, so you should buy now.  Others are arguing over whether or not apartment rents are going up faster or slower than inflation. Yet again, a few will argue that new construction will make a difference.

Regardless, any way you shuffle the deck median rents have increased across the country about 20% since 2012, and that’s higher than inflation.  Home prices have risen from a low median sales price of $154,600 in 2012 to a post-bubble high of $264,800, and that is higher than inflation and the rental increases.  The reason all of this feels somewhere between atmospheric and catastrophic to the average family and especially low-and-moderate income families, is that wages haven’t grown anywhere near either of those figures.  According to the Social Security Administration’s Average Wage Index the percentage rise in wages over the same period of 2012 through 2017 is only 13.5%.

I probably don’t even need to note that most low-and-moderate income families are on the under side of averages, so the crisis in rising rents hurts them the worst, and housing prices are now marketing to families who are way above average wage levels.  Minimum wages are not going up fast enough and are frozen in many areas, welfare and other payments are frozen or decreasing, inflation is predicted to begin rising aside from gas prices, and new construction doesn’t define affordability anywhere near what could provide lower income families safe and decent housing.

Where’s the good news in any of this?