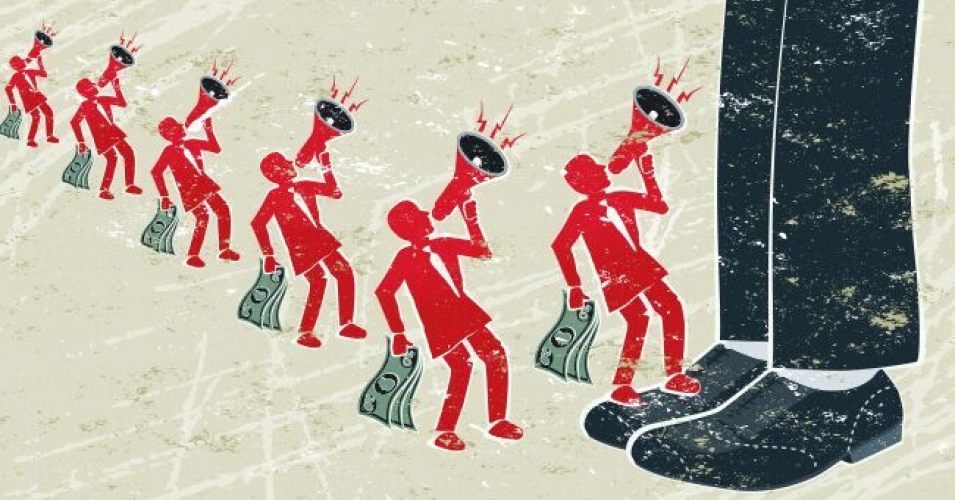 New Orleans      Money in politics, boo!  For years under the Supreme Court’s Citizen United decision money has flooded into politics like water, as the superrich, corporations, and others try to buy their way through an ostensibly democratic system.  Billionaires and bigtime millionaires, whether Trump or Daddy Starbucks or Bloomberg on the national level or others supposedly “giving back” at the state or local level, try to buy their way into office.

The so-called “money primary” in presidential contests until recently was all about the ability of a candidate to get support from big donors. Obama’s success at small dollar fundraising was a game changer in the 2008 contest against Hillary Clinton, except that she continued to operate as if the game was still the same and a pile of cash could anoint a candidate when she ran in 2016.  Bernie Sanders took the Obama playbook and ramped it up even higher with small donor contributions to the point he was virtually neck and neck with Clinton.  His ability to move the needle allowed him to amass such a pile of money that he was able to continue his campaign almost to the point of the convention.

Much of this has to do with the magically low barriers of the internet and modern payment systems which allow a sudden impulse to seamlessly travel from an itch to phone or computer into a personal bank account and voila on to the candidate’s coffers.  That doesn’t mean there’s a level playing field by any means, or at least not yet, but there’s hope.

Finally, this may be a lesson that won’t be ignored in 2020 this time. Fingers crossed.

Elizabeth Warren has said she will not solicit from big donors.  Sanders raised $5.9 million in the first 24-hours he announced he was taking another grab at the brass ring.  Amazingly, Beto O’Rourke, the three-term local Congressman from El Paso who came within a hair of unseating Texas Senator Ted Cruz, raised over $6.1 million from small contributions in the first 24-hours after his recent announcement that he was throwing his hat in as well.

Even if the potential for corruption and transactional politics that is ever present in big time campaign fundraising is not dead candidates from Corey Booker to Joe Biden and the rest have to be worried that the mass appeal represented by millions of small mom-and-pop donors will force them to curtail their usual fundraising circuit and well-worn rolodex.  Skin in the game also motivates citizens to work as volunteers in the campaign, which has to be as scary to the candidates from the old school as well.

The money primary is alive and well, but if its based on small donors, it might actually be a good thing.