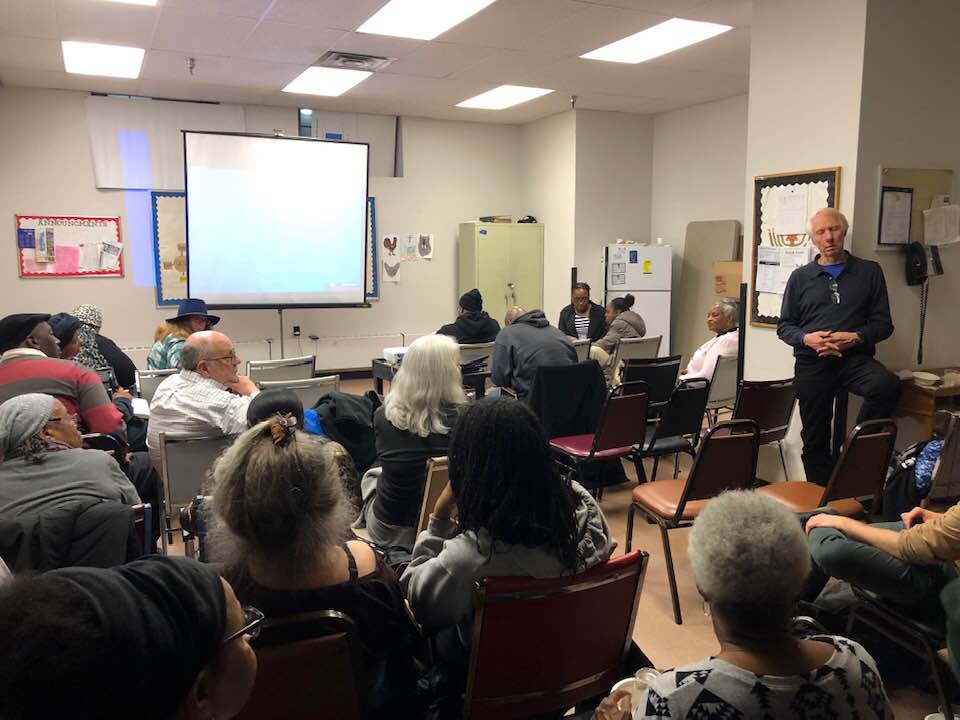 Philadelphia       The room had forty-seven chairs on the first floor of the John F. Kennedy Mental Health building where the Philadelphia Unemployment Project has offices on the eleventh floor.  Craig Robbins, twenty-five-year ACORN veteran as a head organizer and lastly as deputy field director, now on the staff of PUP, had done most of the organizing for the event, and, professional as always, had another ten chairs ready to go upstairs, if needed.  “The Organizer” screening was set for 6PM, but more than thirty-five were already seated and standing around visiting at 545PM.  Before we were done there were over sixty-five people crowded into the room, and it was “standing room only.” 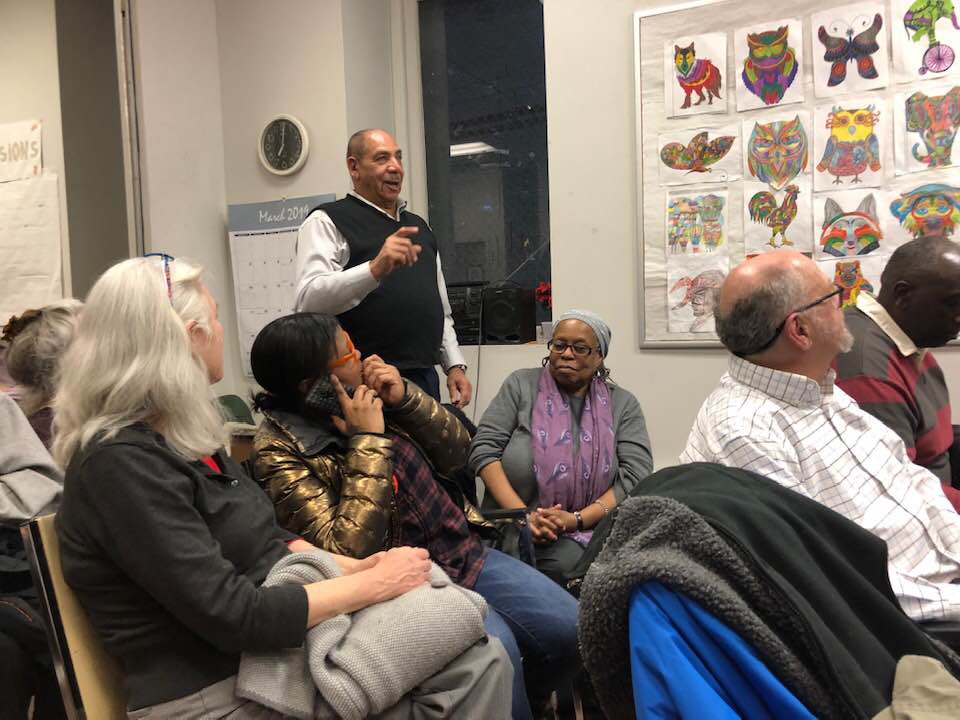 It was a gathering of the tribes!  A good fifteen from PUP activists but many old ACORN leaders and former organizers, members of Action United, the ACORN successor organization were there along with other members of the large Philadelphia progressive community along with leaders from ACORN in Pittsburgh and Harrisburg.  Mildred Brown, former ACORN president and lobbyist for ACORN in Washington was there with family members.  Don Smith, an anchor of the Philly ACORN board for decades was there in good form and full voice.  Former organizers like Roz Caddy, Maryellen Deckard, and Steve Lechenski were there.  Every time I turned around there were new and old veterans of our common struggle warming up the room. 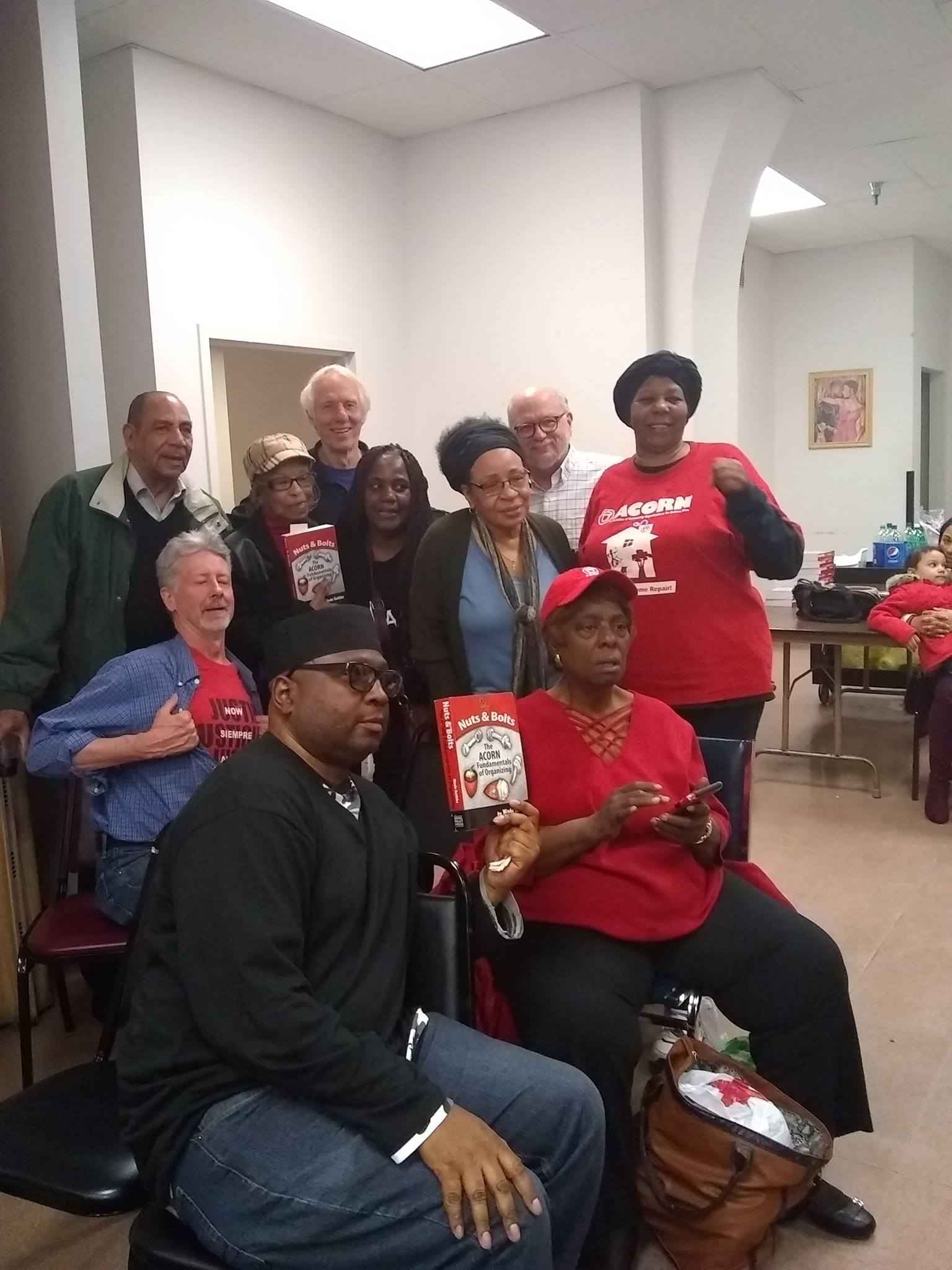 Mercury was in retrograde giving us problems with the DVD over and over again, but the crowd was patient to a fault, because they were there to see each other and to tell – and hear – stories old and new.  Don told about the squatting campaign that ACORN took around the country, but began in Philadelphia.  The crowd rose in applause when they saw Mildred on the screen telling about the importance of the campaign and the victories that were won.  Bruce Dorpalen, the architect of the housing counseling program that was central to propelling the growth of the ACORN Housing Corporation, told a story about the transition from squatting to development and home ownership that emerged from the effort of Philly squatters trying to rehab their homes with sweat equity.  Carol Hemingway, a former ACORN national board member reported on the painful decisions when ACORN was under attack.  Steve talked about the Gingrich action in Washington where he was arrested and to great laughter told of Reba looking into the police car window to ask him if he had her purse, rather than assuring him that he would soon be out of jail.  He remembered having a shirt and tie on as part of the “door squad” to make sure people were able to pour into the meeting room of county executives from around the country.  Seeing himself on film in a t-shirt as he leaned his tall frame into the back of the squad car, he laughed later with me, saying, “seems I lied” referring to the tie. 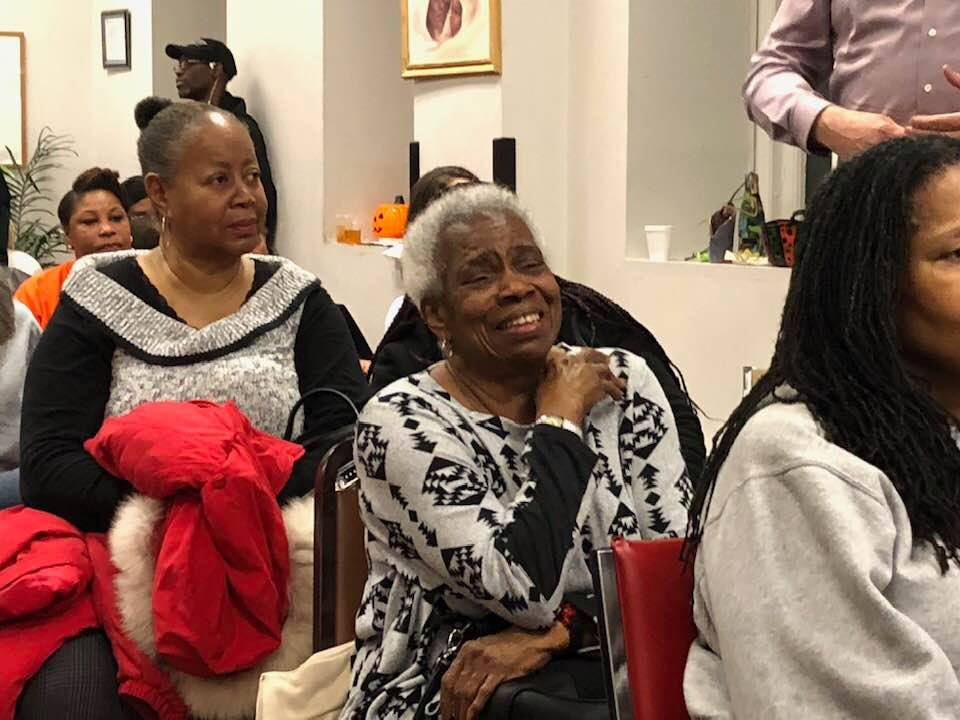 Usually the question-and-answer period focuses on current politics, the state of organizing around the country and the world, and what is to be done.  Philadelphia was a wake looking for a resurrection.  People were still grappling with ACORN not being in the streets in the same way it was in this room.  The questions were a demand to organize, and people were only satisfied if I could answer, “yes.” 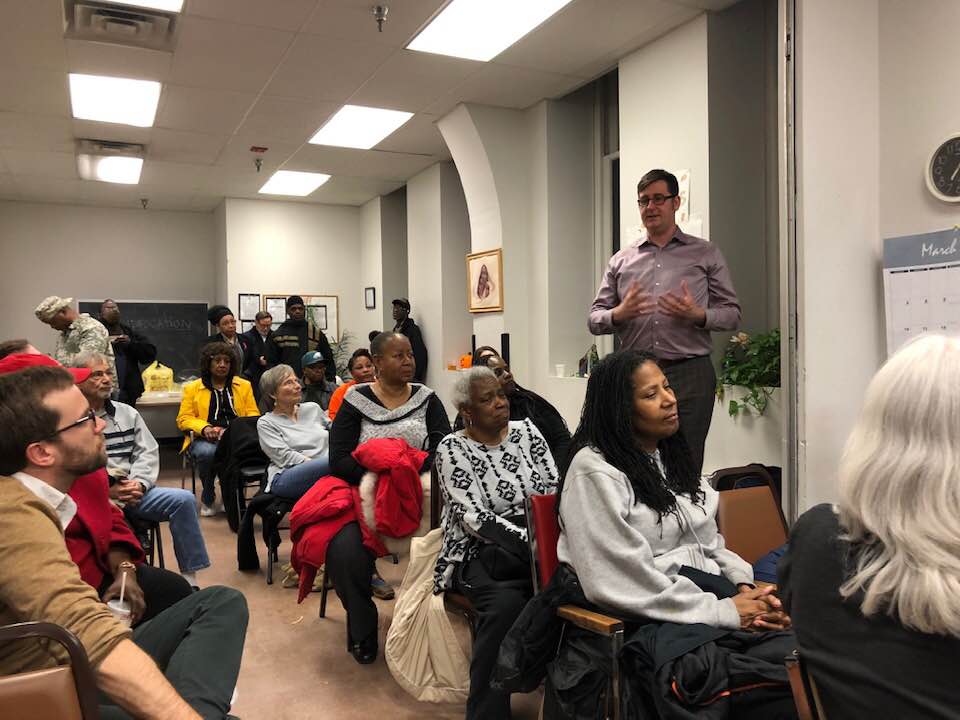