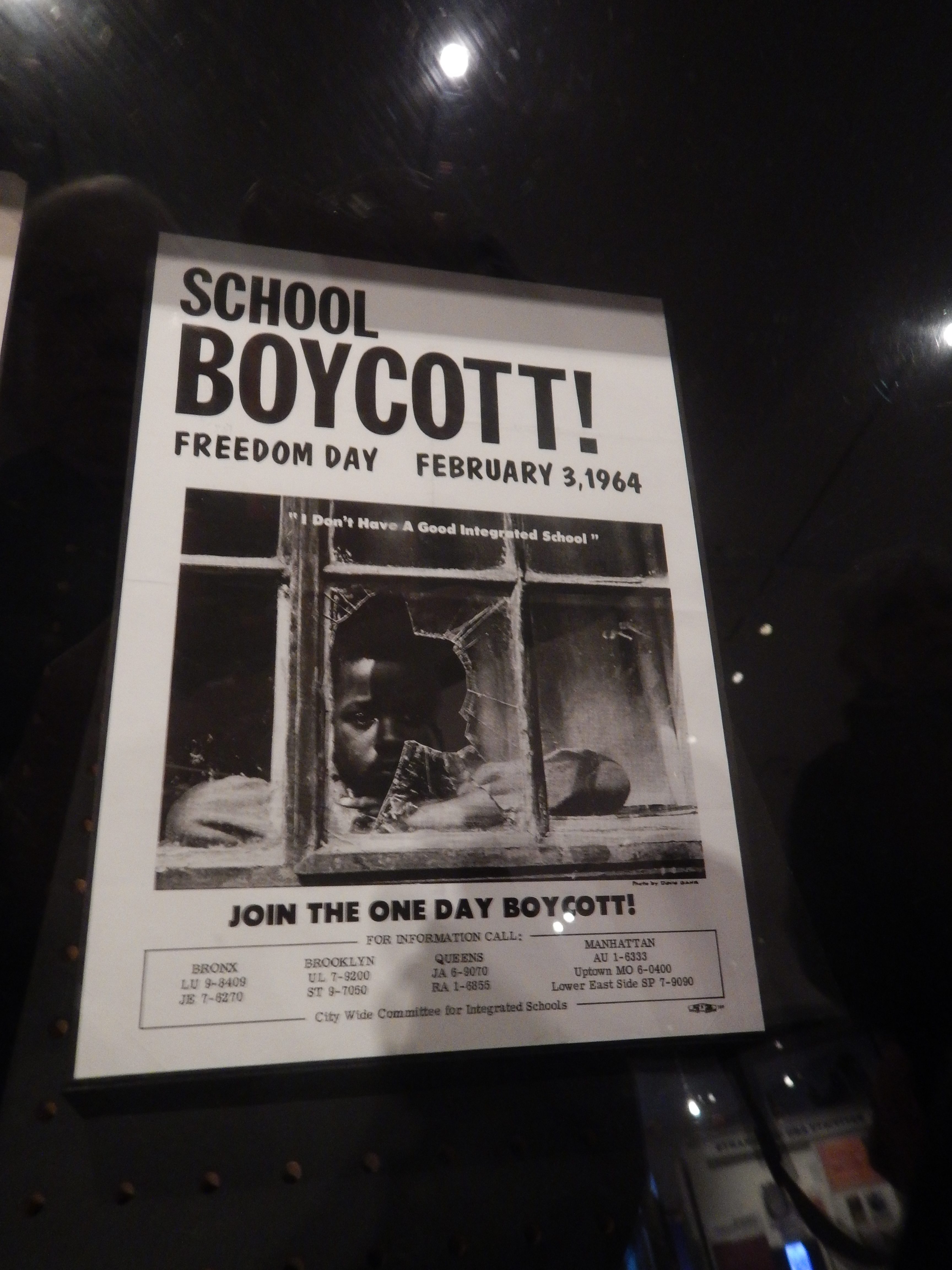 New York City       On our way to some meetings, we took a detour on a cold, windy, sunny, supposedly spring day in New York to the Museum of the City of New York.  We spent some time looking at their interactive displays on how to deal with the city’s housing and transportation issues and its changing neighborhoods and demographics, which was interesting, but we came to see their section on Activism.

You learn something about how the dominant culture processes social change in such exhibits.  The curators do hard work.  The timelines are clear.  The photographs and archival exhibits are well displayed. 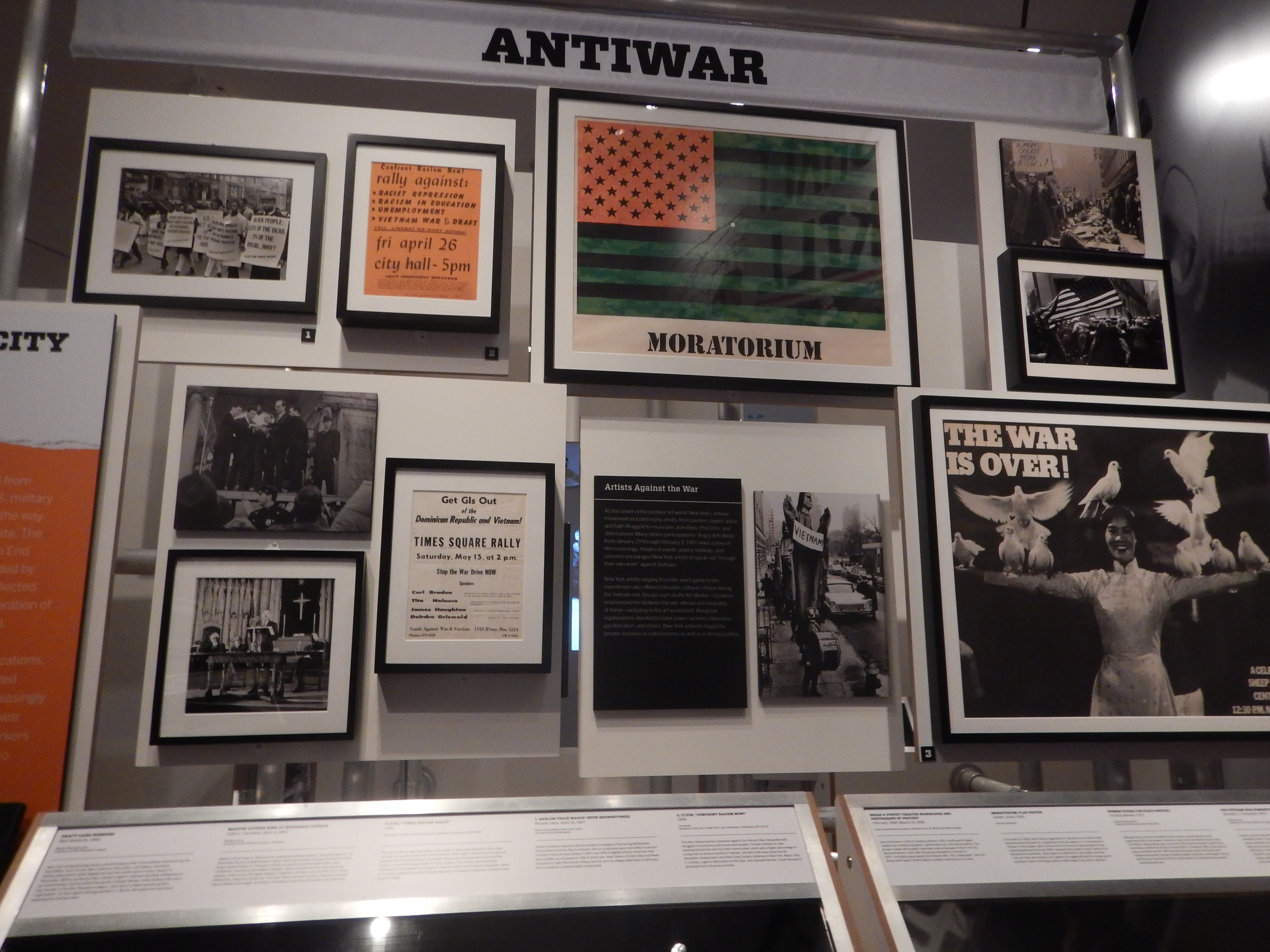 The emphasis though is on leaders and confrontations.  In New York and perhaps everywhere in America that’s what populates the historical record in newsprint and video and gains the attention.  Organizations are not second fiddle.  They are largely invisible.  In another section of the museum there is an even better example in a career retrospective of Gloria Steinem that was shown by flashing pictures of news conferences where she was present for various women’s organizations or events, where she was the only context. 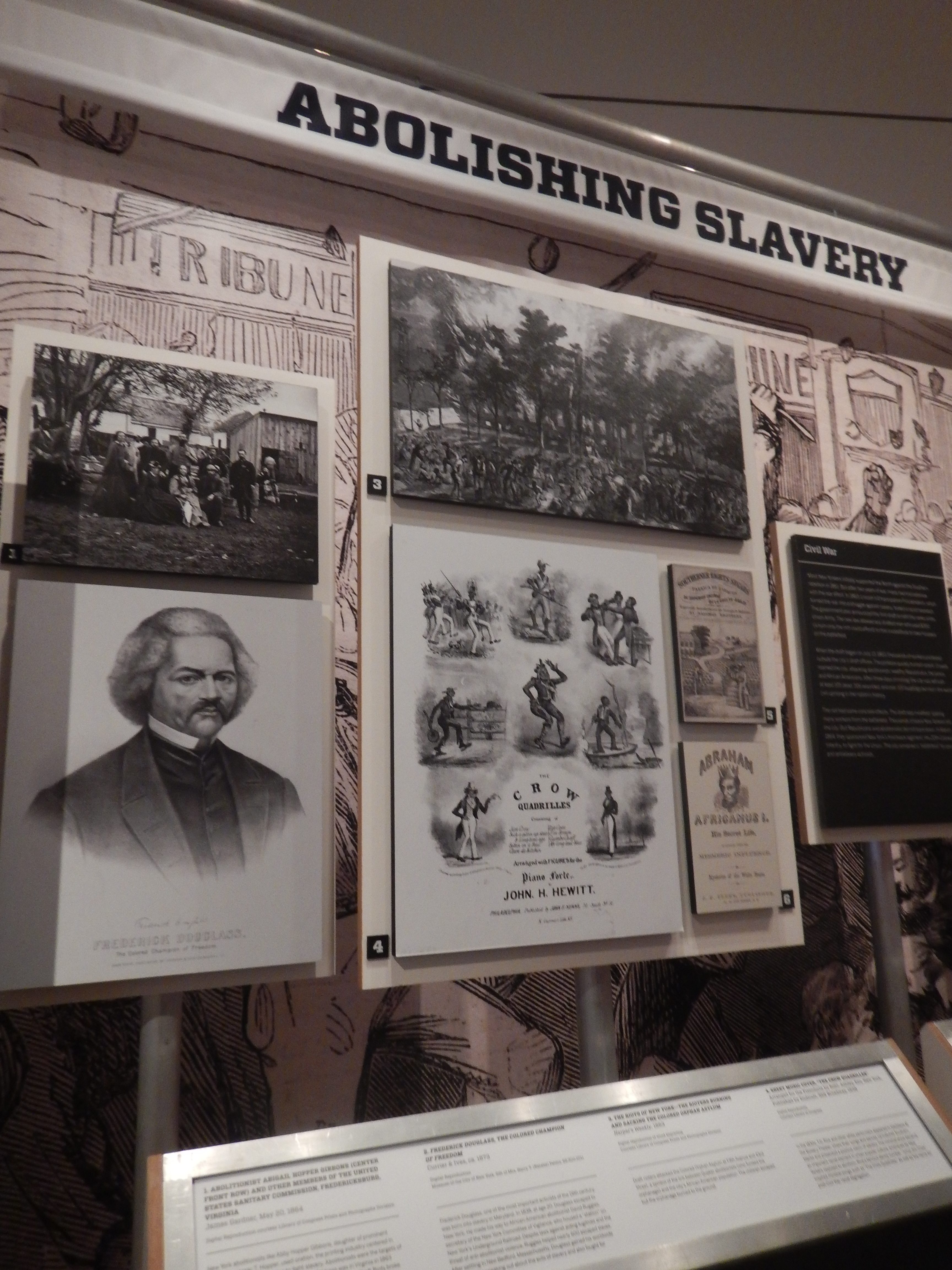 The activist exhibit was varied, and it wasn’t whitewashed.  The history of slavery in New York was visible in the fight of the abolitionists.  The uneven history with immigration was displayed through the rise of the Know Nothings and anti-immigrant activists in the 19th century as well.

The labor section was heavy on the garment industry and the rise of workers’ actions and the women leadership, but was largely silent on the many unions that were founded in New York City whether the Amalgamated Clothing Workers or 1199.  There was no section on the rise of political parties whether the Socialists or the Workingmen’s Party or the more recent Working Families Party, all of which would seem to have earned some pride of place when activism was center stage, especially if the Know Nothings had their space in the room.  Stonewall, Occupy, and Black Lives Matter all made the show, and that’s for the good, but they didn’t create parties or long-term organizations, so no worries there in the curators’ minds, I would suppose. 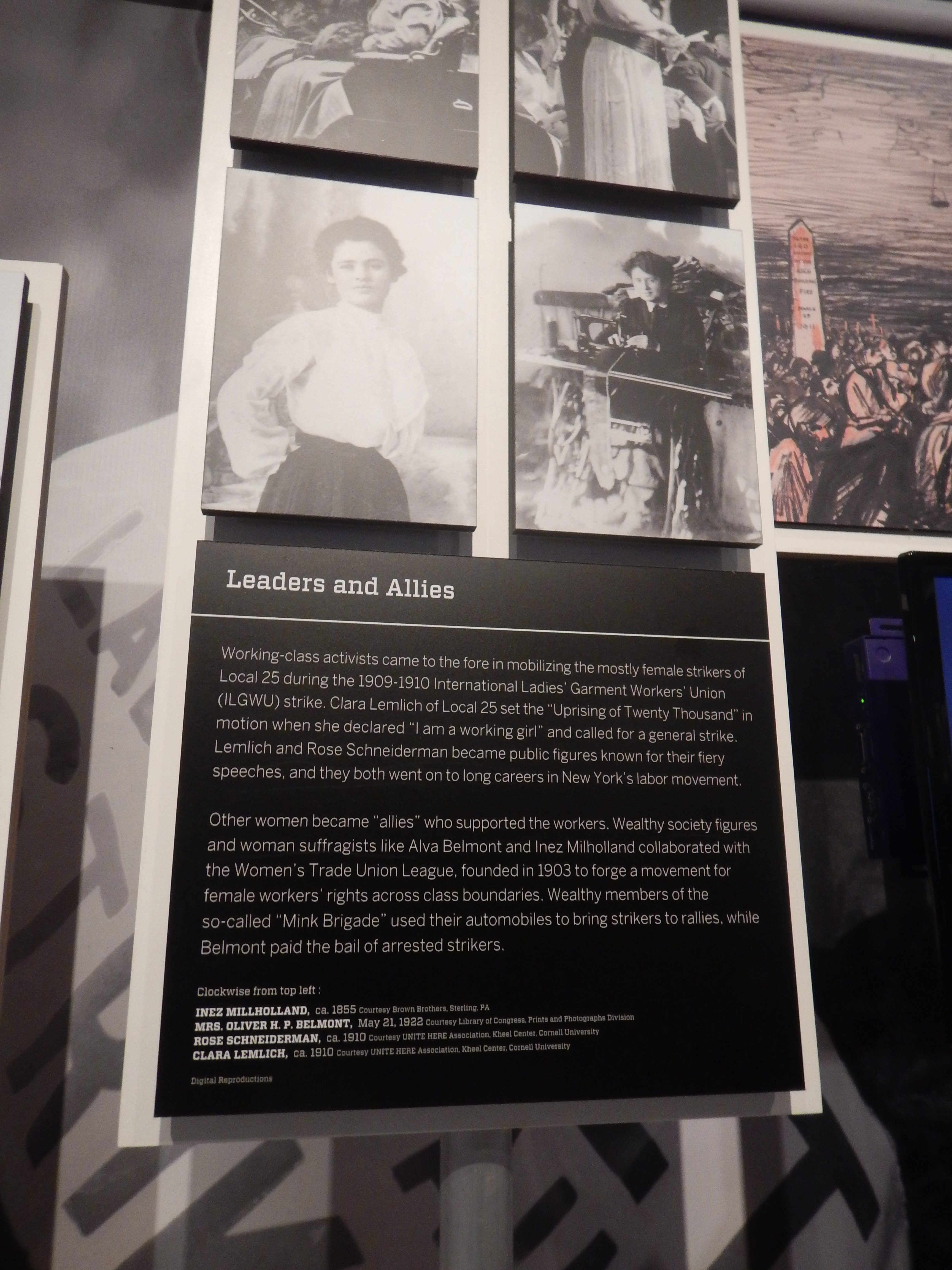 There was a movie rolling on rewind as we entered and exited the room.  Once again, demonstrations and police confrontations provided most of the action shots.  There was one couple of seconds of video of a welfare rights action, but nothing from ACORN actions, marches, or even the squatting campaign.

New York City is a big gulp, so fair is fair.  Everything can’t make it in the highlight reel, even one centering on activism.  The exhibit engages, and props for there being room for it in the museum where large rooms existed on the port, money, and bicycles, and activism could have been omitted completely.  My only real critique is that the exhibit on activism seemed to only focus on the action and actors at the front of the stage, missing everything else in the production of social change. 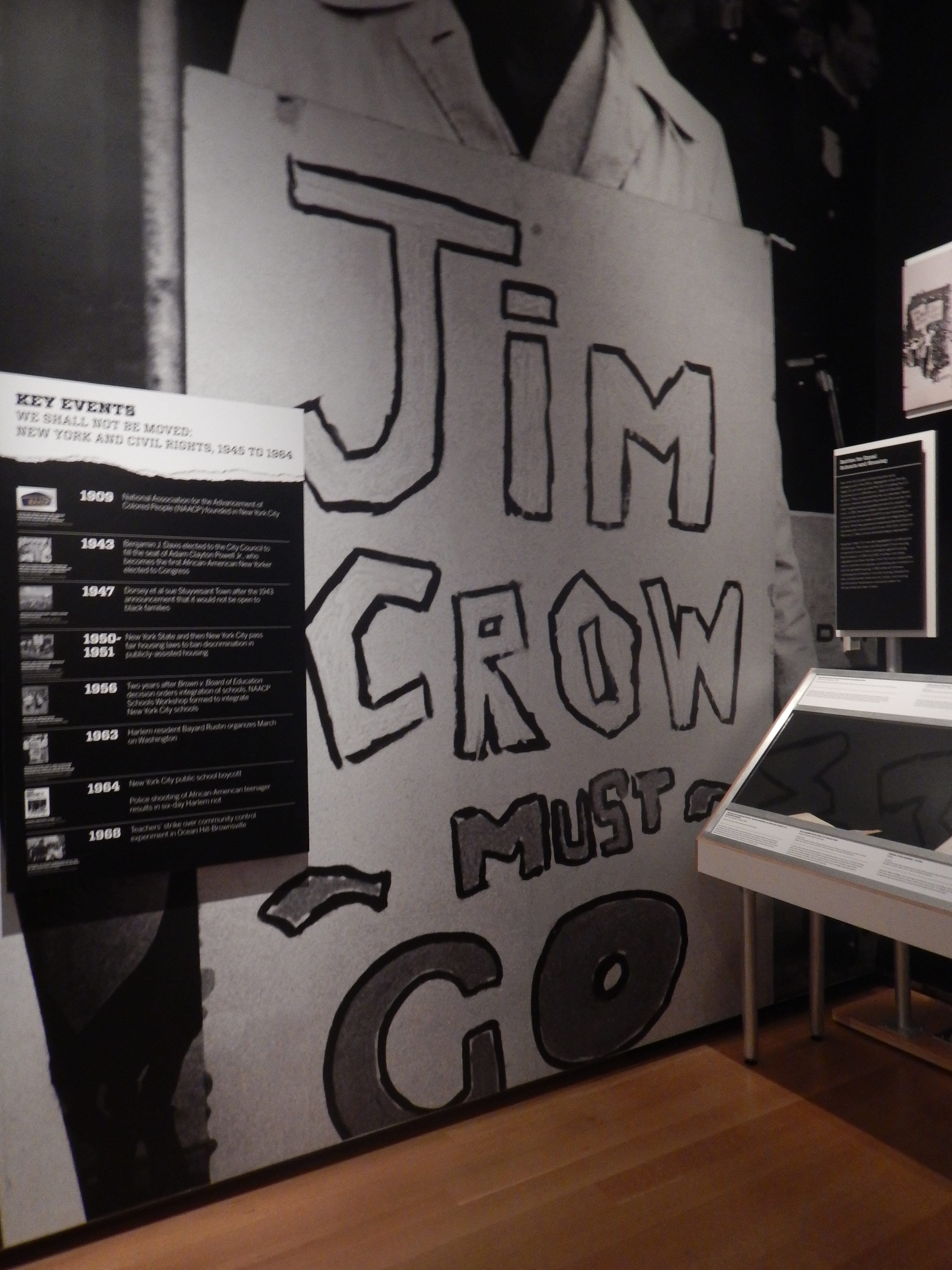