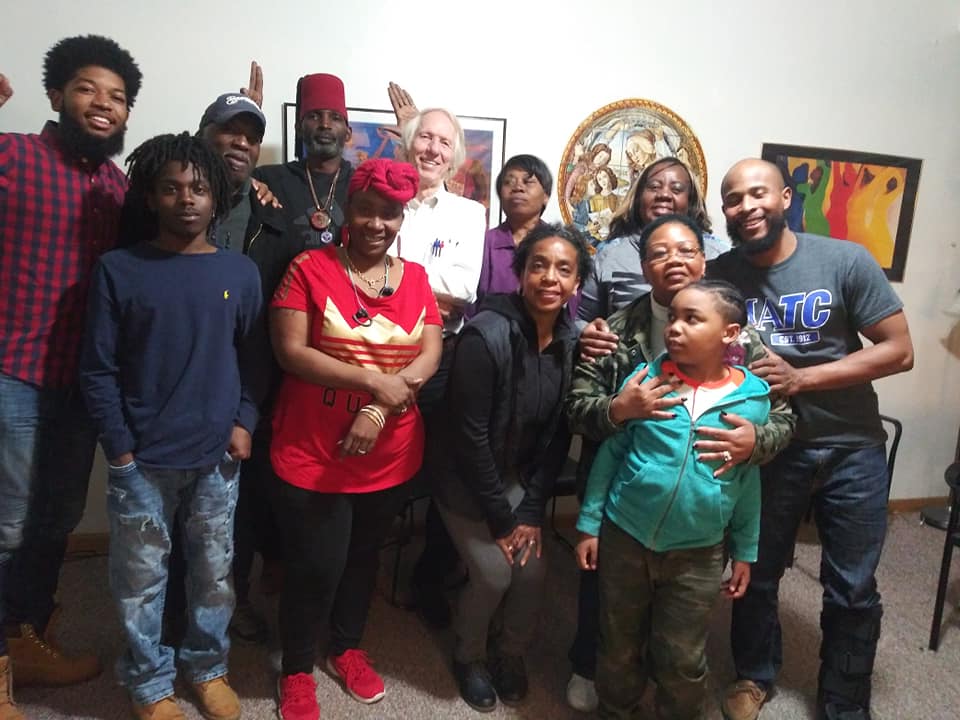 San Francisco    The last session on this tour of Milwaukee and Amani United’s steadily progressing leadership development had a curious title:  platform.  Curious, because the organization had a fairly detailed issue agenda formed over recent years.  Much of the scope of my work with them initially had been helping them construction programs and campaigns to put the platform expressed into action.

Once the leaders were assembled, it became clear that the real topic was how to get others, especially public figures, to take the organization and its issues seriously.  Elections for city and county offices from the top executive posts down the ballot, including alderman and county council members, were set for early in the coming year.  Filing was right after the beginning of 2020 followed by a mid-February primary and an early April general election.  The question before Amani United was really the classic one:  how does a nonpartisan community organization build power for the powerless.

A default option is usually holding a community forum, and that made sense here as well.  It’s an opportunity to showcase organizational issues and ask candidates to respond and make commitments.

As usual, easier said than done.  The organization had tried one with partner organizations in the past and watched as two critical problems developed.  At one level, the meeting was hijacked by an outside group whose questions then sucked up all of the air in the room, allowing all candidates and officials to walk out glad handing.  At the other level, the outreach effort was weak, giving outsiders and officials the opportunity to ignore the community because it was disorganized and not present in force.  Lesson learned, get ready for the next test!

The plan became to utilize the regular monthly meetings on the first Saturday of every month to invite existing elected officials including the three aldermen who represent different pieces of the Amani neighborhood to come to a portion of each meeting in the last half-hour to answer questions.  With seven Saturdays between now and filing, members would have an opportunity to measure responses of existing candidates in advance and by the invitation, their new unity, and clear questions send a message that there’s a new game in town this time around with Amani United.  There’s also a regular meeting on a fixed Tuesday every month, which would give Amani an opportunity to also invite rumored and perspective candidates to come to meet the members and get on record on Amani issues as well, offering more bites at the apple.  Additionally, killing two birds with one stone, it would help attendance.

Once the outline of the plan was fixed, then the discussion became about voter registration deadlines for the election and how to take advantage of new legislation in Wisconsin allowing same day registration as the election.  Amani produced 98% turnout of all eligible voters in 2008 when Obama was on the ballot, so it has already proven that when it cares about issues and candidates, they are unbeatable.  The emerging platform plan will allow them to remind officials to pay attention.

This plan isn’t enough to build power for the powerless, but coupled with a steady diet of campaigns and actions on the drawing board and already being put in practice, look out Milwaukee, or whatever community and city that is willing to do the work to win with people power.