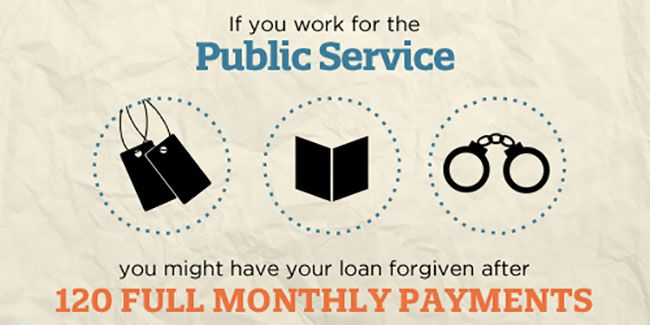 San Francisco    There ought to be a law.  In the case of student loan forgiveness, there is a law, it just seems that the government is not willing to follow the law, or worse, not willing to make it work.  This has created a classic bait-and-switch, leaving tens of thousands of students operating in good faith in pursuing careers in public service, and still finding they are on the hook for the loans rather than having achieved forgiveness.   This is just wrong in so many ways,

The Public Service Loan Forgiveness program was created in 2007.  The purpose was laudatory.  Congress wanted to create an incentive program to allow young people to finance the educational requirements, often entailing advanced degrees in law or medical school, that would allow them to be sustainable in public interest careers without permanent loan burdens.  What could go wrong?  A win-win.

More than a decade later it’s a hot mess.

To earn loan forgiveness, there were a list of conditions that students had to meet in addition to simply getting job with a nonprofit or governmental outfit.  They had to enroll in a repayment plan and make essentially ten years of timely payments on their loans, or they would be disqualified.  The carrot and the stick were pretty clear.  The tricks for that treat turned out to be less than clear.  To earn forgiveness the borrower also had to have a certain type of loan.

73,000 people have now gone through the application process to receive debt forgiveness.  According to the Education Department but only 864 have made it through to the other side to have their loan forgiven.  The Education Department says 16% were busted out for the wrong type of loan.  25% were rejected on a claim of missing information on their applications 53% were denied for not making enough payments or making them untimely, but as the Wall Street Journal reported, this “could have been due to a simple counting error or being enrolled in an ineligible repayment plan.”

So, you know this is complicated, but are you following this Catch-22, a student could have both the wrong loan and the wrong repayment plan or the right loan and the wrong repayment loan or the wrong loan and the right repayment all of which could leave them tricked and in huge debt.  Or, they could have made payments that turned out to be timely but too small.  Jiminy Cricket!  Even Congress, which is never wrong, agreed in 2018 that they had flubbed this and created a $700 million fund to cover borrowers who had made payments but the Education Department has allowed them to enroll in ineligible repayment plans.  Oh, but only 442 people have gotten loan relief from that lifesaver effort.  A fair number of the forgiven loans have also gone to big money doctors at nonprofit hospitals and high-paid professors at universities, but I don’t even want to go there.

Why hasn’t the government just fixed this and done the right thing, especially since many of these students have gone to work for governmental units?  Part of the answer may lie in the fact that the government has taken over the $1.45 trillion student loan portfolio and now the Governmental Accounting Office says they will break even over time and make a little on the interest, but the administrative cost will be more than $3 billion a year for a decade as well.  Yes, that’s the big kahuna loan program, not the baby public service program, but with Secretary Betsy DeVos in charge of Education it gives her a wailing wall about all of the student loan debt and therefore cover for bureaucrats and elected officials not to admit this was a long con, and it’s time to be honest, do right, and make this work.