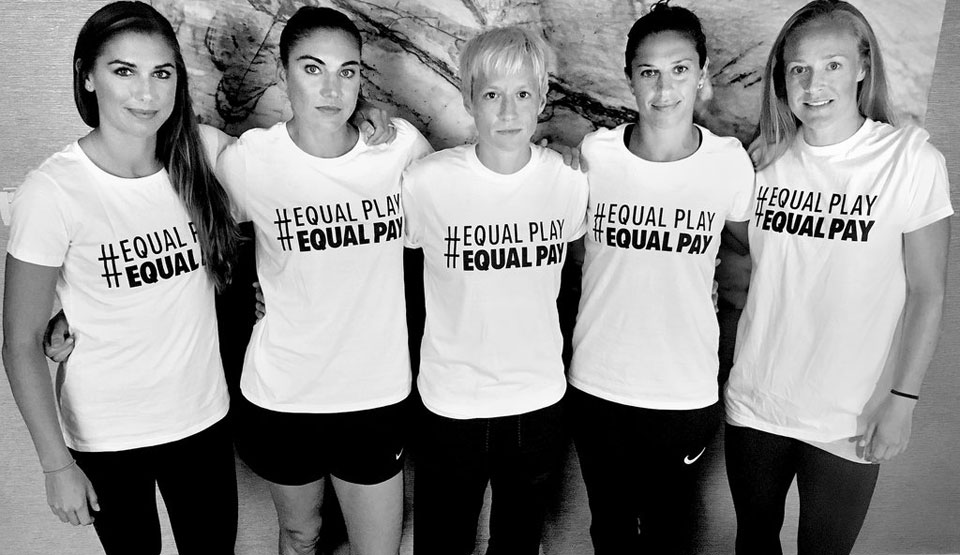 Milwaukee     Name an American men’s soccer player?  Who can do that?  Name a US women’s soccer player, and Megan Rapinoe, Alex Morgan, and others perhaps immediately come to mind.  After all they have won four women’s World Cups since women players had such a tournament, and the other day won their second consecutive cup.

Just winning doesn’t explain why we know this team.  American women stand for something more than sports.  They played against Netherlands for the championship, and the night before the game representatives of the opposing team posted a short video thanking the American women for their leadership in the sport.  Who does that?  And, don’t answer simply that women are better at sportsmanship, though obviously that is also true.

The American women stand for something that makes all of us proud.  They prove that winning is not everything.  After they won, the crowd in Lyon, France chanted “Equal Pay.”  Not USA, but Equal Pay!

The performance of the USA’s women’s soccer team may be a game changer for all of sports.  Don’t just speak up, speak out!  Stand for something.  Back it up by winning, but regardless stand up for not only equal pay, but for human and gay rights, not only for gender equity but for a kind of politics that we have not been proud of in the White House.  They sued their sport.  They proved they had grit and courage, and the kind of character that all coaches claim they value, but almost none really do.

Furthermore, when the women’s soccer team sued their sport, they did so for the whole team.  Unlike many athletes, they are fighting for money for everyone in the sport, not just their own deal or special contract.

I don’t know anything about soccer, but I’m a fan of this team.  I’m hoping they are sending a message to all sports figures that they have a voice, and they can use that voice to made change.  They can stand for their communities, as we have seen increasingly from LeBron James and Steph Curry and of course from Colin Kaepernick.

The women didn’t invent this, but they have taken it to the next level.  They will continue the fight, and they will get paid, but I’m rooting for many to follow and for us to see social change start to come out of locker rooms, rather than going in there to die.