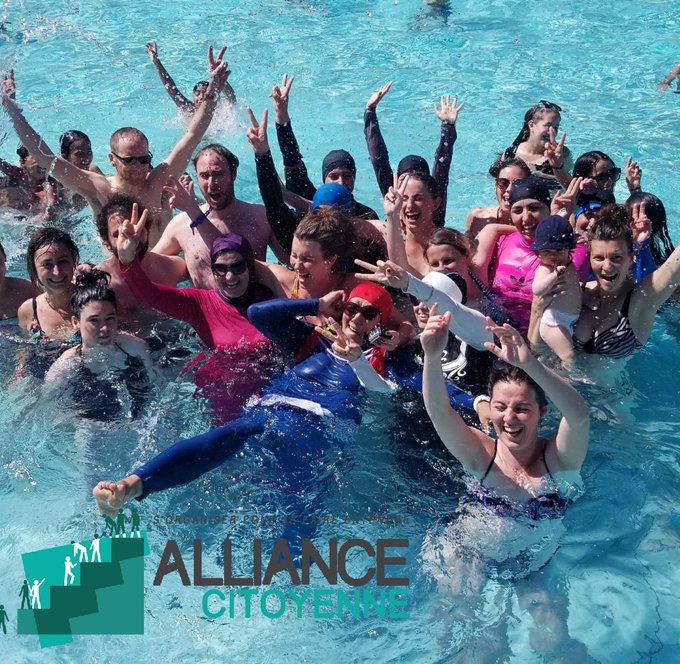 Geneva    The membership of ACORN’s affiliate in France, the Alliance Citoyenne, is largely based in public housing in Grenoble and the Paris suburb of Aubervilliers now as it expands to build broader community-based groups in Lyon and Marseille.  Typical of ACORN’s low-and-moderate income constituency, it is very diverse, though largely white, a significant percentage are Arabic-speaking and Muslim from the MENA, Middle Eastern North African area, and the Francophone countries of west Africa.  As a membership organization, we have to listen to their issues from all sides.

Where am I going with this, you might ask, as I meander towards the point?  Well, governmental and institutional France has a very deep political and cultural commitment to what they believe is the essence of being French in language, customs, and mores.  In my brief and abbreviated collegiate career, I had a political science professor named Robert Gaudino, who argued that American society was not necessarily fascist or even inherently racist, as much as it was monocultural and trying to boil everyone in the melting pot and have them come out in the same mold.  That was then, and I’m not sure what he would argue now, but when it comes to being monocultural, one way or the highway, France definitely rises to the top. 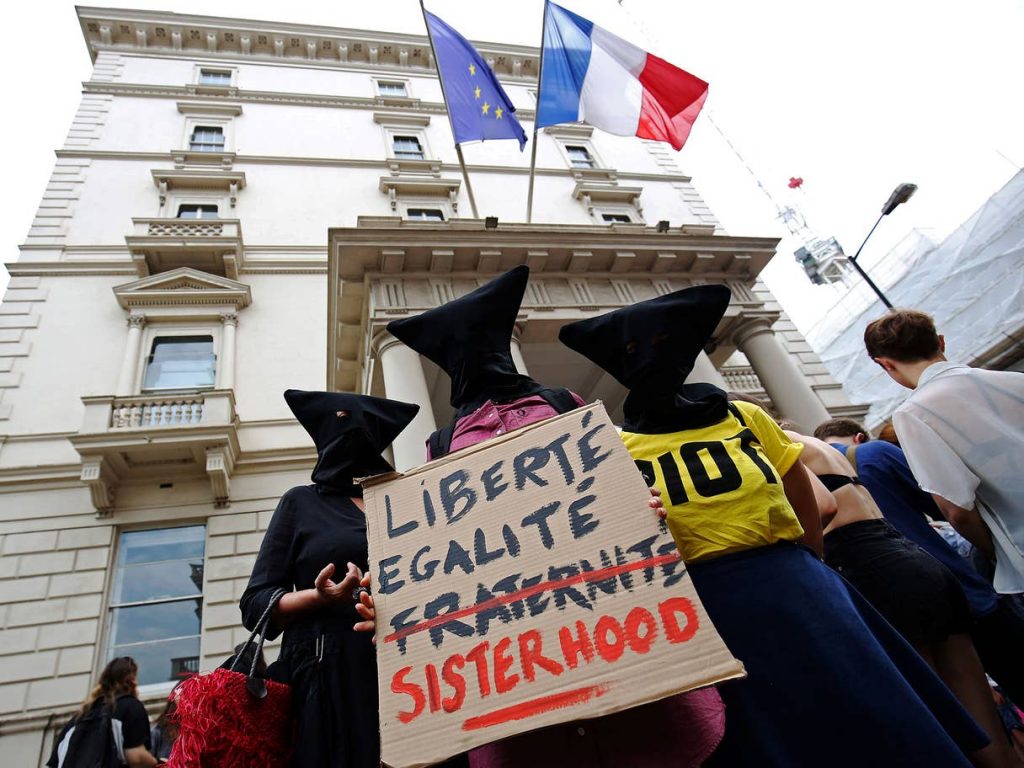 Solidarity protests at the French Embassy in London

For years they have been fighting the veil for Muslim women, and they abhor the burka.  They understand that it is part of religious practice for some families and some women practicing the Islamic faith, but the public policy in France has been to restrict the practice in public spaces like schools for example.  More recently the issue has flared up in other public facilities like swimming pools, and that’s where ACORN comes into the picture on this issue.  Some of our members wanted to be able to go into the public pools in Grenoble.  The leadership discussed the issue.  It was not unanimous, but it was democratic, and the decision was to support the women in public protests to force the issue of their ability to swim in the pool.

I spoke to our organizer in Grenoble, Lea Galloy, on Wade’s World with head organizer Adrien Roux’s help translating about what has now become known as the Burkini Actions.  These aren’t bikinis of course.  They are modest one-piece bathing suits with veils or head coverings as required.  Ten women, some Muslim and some not, entered a public pool in Grenoble, and Katie-bar-the-door, the government went crazy.  The gendarmes were called out to guard the pool against our Burkini demonstrators.  The government closed the pools for a while.  Remember, if you will, that this is all happening during what is universally being described this summer as the worst heat wave in the history of France – and Europe – with temperatures routinely over 100 degrees. 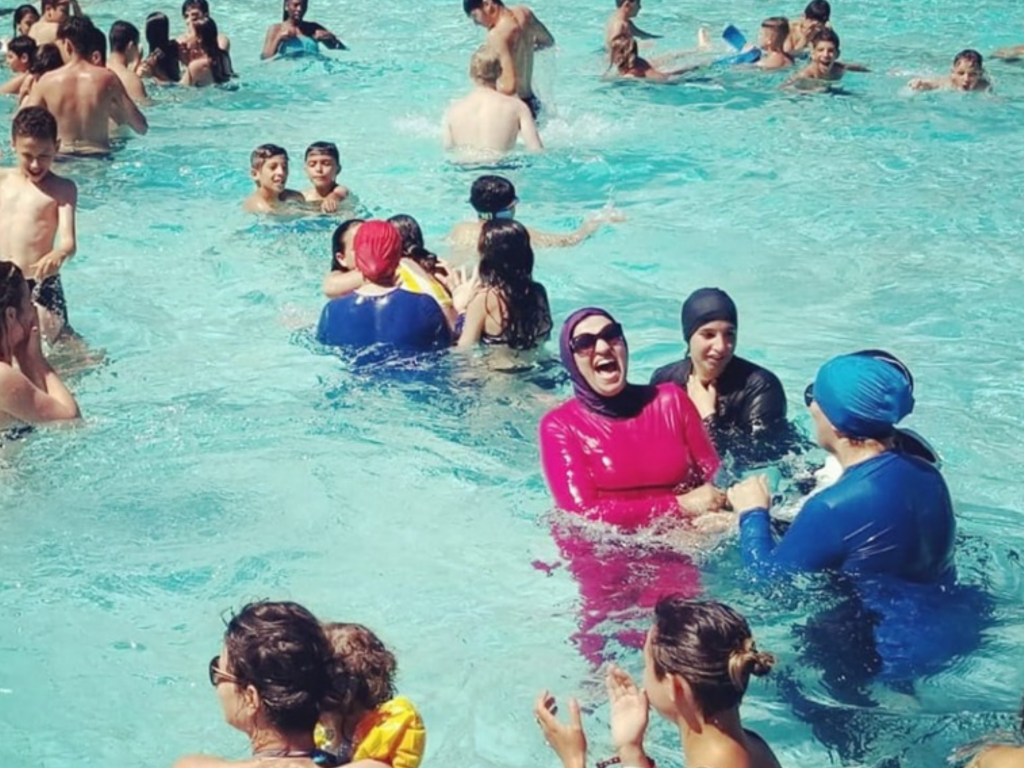 If the actions hadn’t stirred up enough, there was also a media storm that spread like wildfire not only in France, but throughout the world.  I knew about the campaign, but weeks ago even before I had seen any of the press or the Facebook postings, I had been alerted by mi companera that the Burkini actions had blown up Twitter everywhere.  Believe me the reaction wasn’t all love letters either.  Fierce positions were taken on all sides.  Threats issued.  Fists raised.

Lea told me the actions are likely to spread now to Lyon and other cities, where we have been approached.  Muslim women’s groups and other feminist groups are debating whether to join and support the actions.  Some of the Alliance leaders have doubled down in support and others wish it was over.  The government hasn’t budged yet.

This is turning out to be a long, hot summer, and it’s far from over.