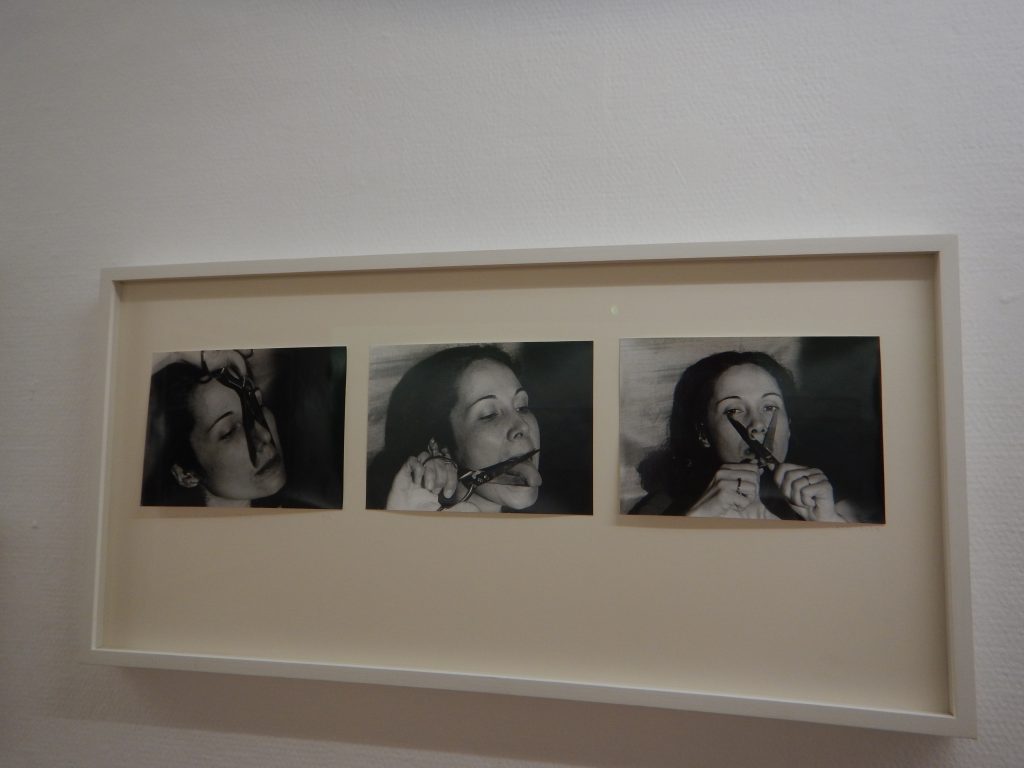 Milan   Eight artists notified the Whitney Museum of American Art that they wanted their works withdrawn from the Whitney’s Biennial unless Warren Kanders, the vice-chairmen stepped down or was removed.  There were protests at the museum.  Kanders resigned as a distraction.

As the New York Times, reports the issue,

“Kanders owns Safariland, a Jacksonville, Fla.-based manufacturer of law enforcement and military supplies including bulletproof vests, bomb-defusing robots, gun holsters and tear gas. Protesters had demanded Mr. Kanders’s resignation, or removal from the board, after reports that Safariland’s tear-gas grenades had been used against migrants at the United States-Mexico border and elsewhere during protests.”

The protests, organized by Decolonize this Place were right.  Kanders should have gone.  None of us have stopped the way Kanders and people like him make their money, but we can try, and we can stand against “art-washing” and other ways that the rich attempt to pretend that they are not influencing people and politics with their appropriation of art and culture for their own purposes.  This is part of a refreshing and healthy movement by artists – and the public – in pushing back at the way art and cultural institutions have enabled the rich.  The efforts to force major museums in the US and Britain, including the Tate Modern, to either return or stop taking contributions from the Sackler family, whose wealth flows from Purdue Pharma and the hawking and killing of thousands in the opioid crisis, is another front in this fight.  And, there needs to be more if art and culture are to be taken from the rich and returned to the people. 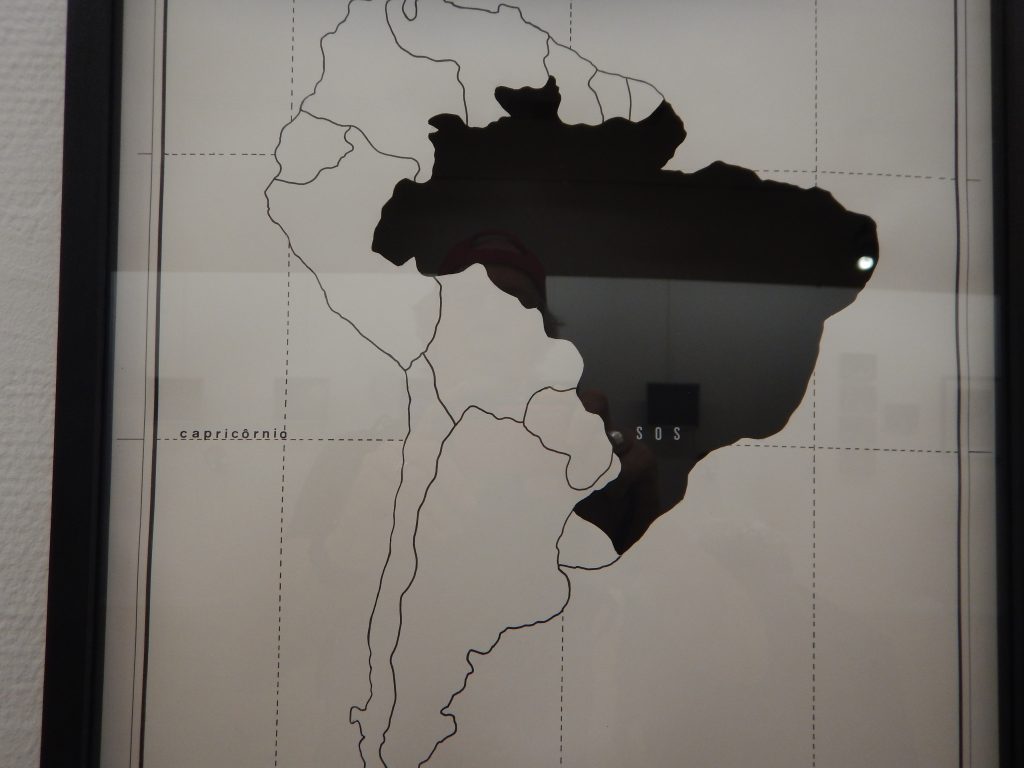 It was shocking to read the tone-deaf and lame comments of Whitney’s director, who embraces and whitewashes this, as the Times reported further.

The growing influence of these movements, and their potential to drive away major sources of museums’ revenue such as Mr. Kanders, was evident in the reaction of Adam D. Weinberg, the Whitney’s director. “Here’s a man who has given a tremendous amount of his time and money to young, often edgy and radical artists — somebody who is very progressive — that’s one of the ironies of all this,” Mr. Weinberg said. “The Whitney Museum is one of the most progressive, the most diverse, the most engaged, open programs of any major institution in the country,” Mr. Weinberg added. “Every museum director is looking at us right now and saying, ‘Gee, if the Whitney is being targeted, what’s going to happen to us?’” 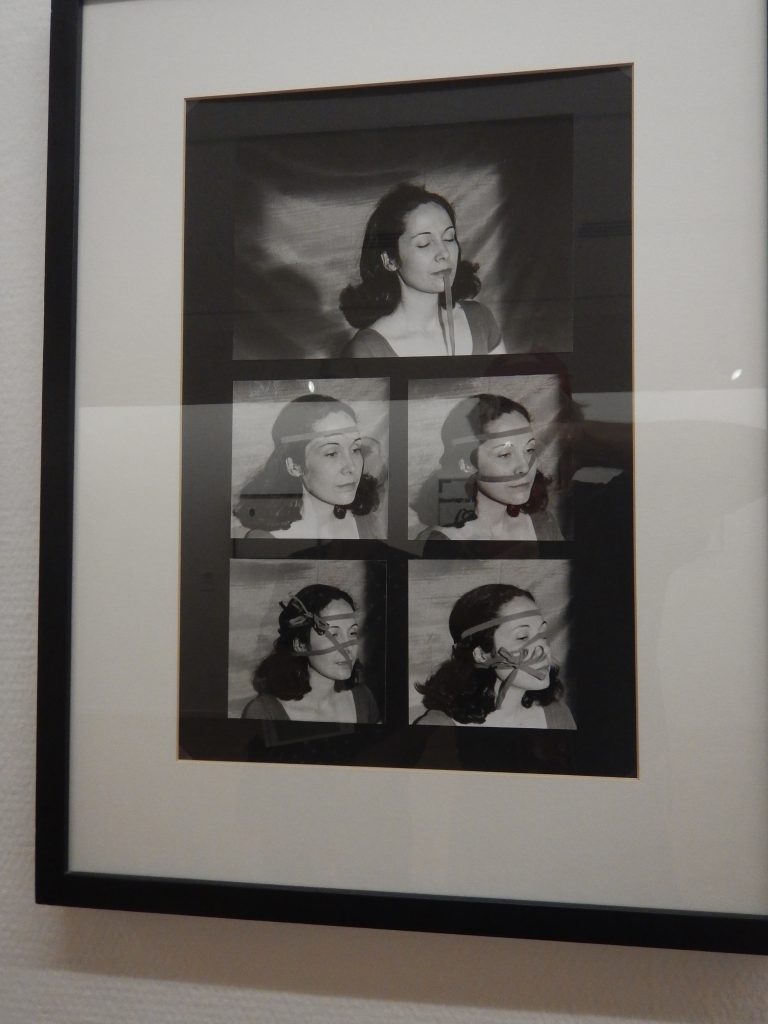 Sorry, we aren’t all invited to Director Weinberg’s pity party, and that his job just became an itsy-bitsy bit harder because he has to care about the impact on people and not just suck up to any donor with a high net worth statement.  If the Whitney can’t be accountable and can’t be bothered by the taint on the dollars it begs, then it may be a lot of things to the rich, but it is decidedly not a progressive institution.  What balderdash! 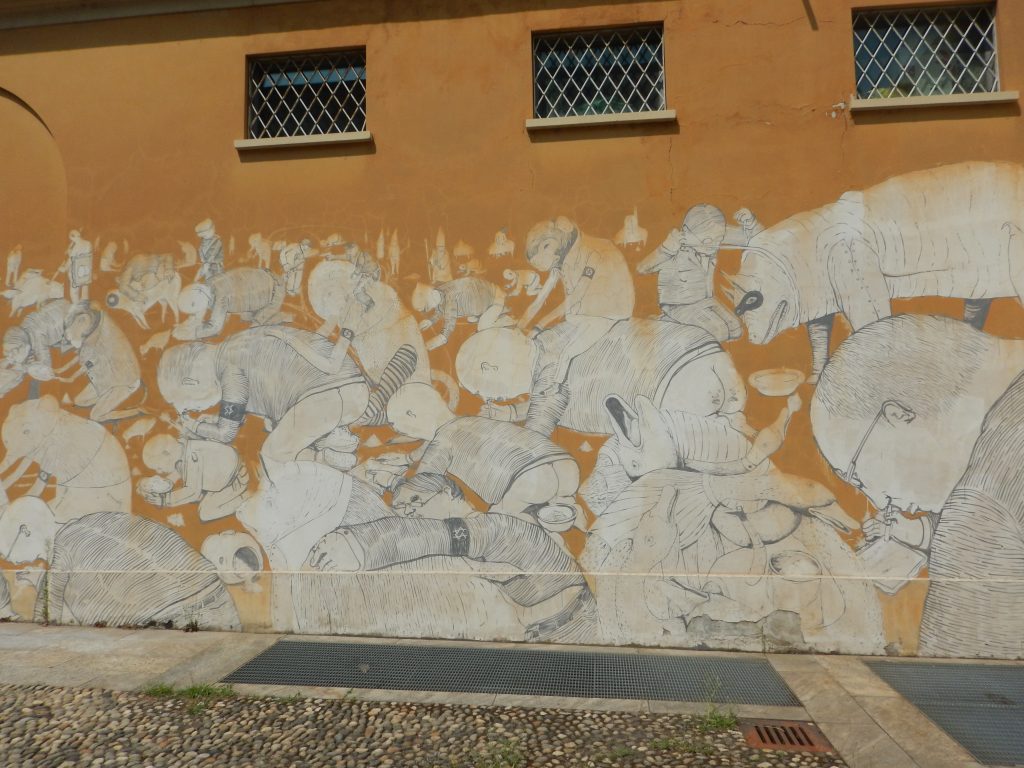 All of which was striking as we visited the Padigilone d’Arte Contemporanea or PAC in Milan, where the featured art on every floor showcased the work and career of Anna Maria Maiolino, the great artist and feminist.  She focused on women.  She raised the issue of migrants, as she had been from Italy to New York to Argentina and now Brazil.  Her work was moving and powerful.   Entering the PAC, one was first arrested by a mural drawn on the outside wall by the street artists Blu and Ericalacane.  There was no artifice to it.  The images were startling.  The rich were defecating. The people and children were eating it.  And there was more.  Was their controversy?  Yes, but not about the subject.  The controversy was over whether or not “street art,” which is peoples’ art, should have been commissioned by PAC, and whether or not it was being commodified.  In Bologna, in an earlier controversy, Blu had destroyed twenty pieces of his street art to protest museums seeking to take street art from the walls for their displays. 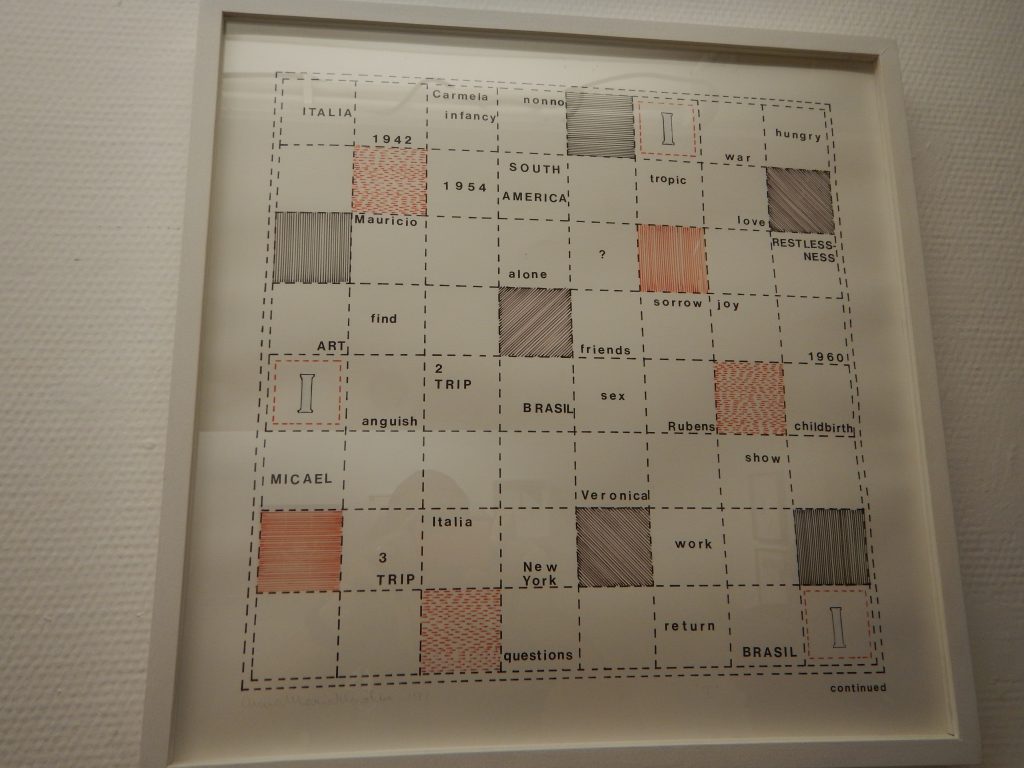 Sorry to the Whitney leadership and that of other hoity-toity institutions, but these are real issues.  If they want to stay clear of them, they need to stop allowing art and culture washing by and for the rich, and start thinking about how they might serve all of the public, not just a small and privileged piece of the people trying to paint a better picture of themselves, more than serve. 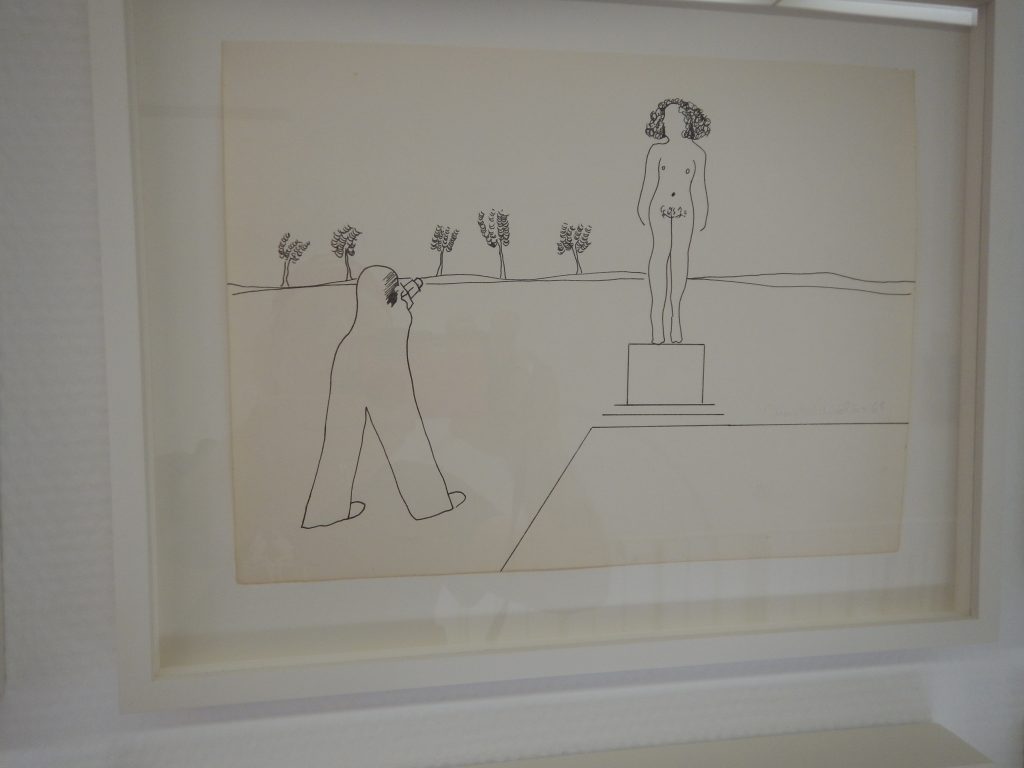 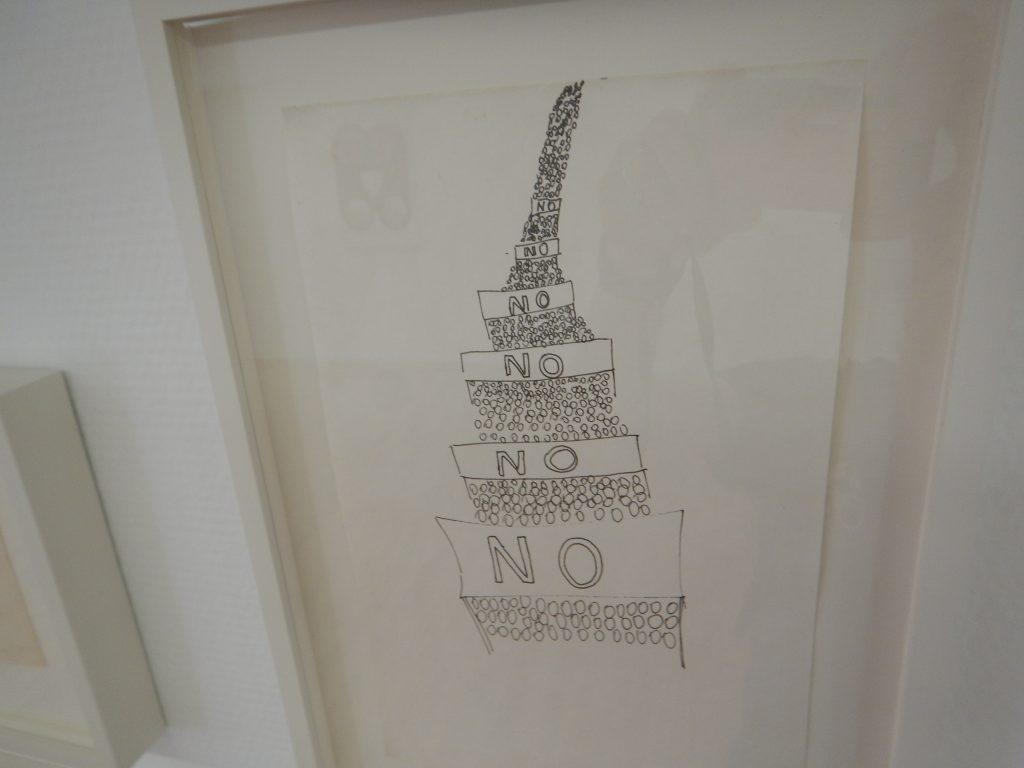 Please enjoy Love is Strange by the Steve Miller Band. Thanks to KABF. Mexico City    Family travel is a whole different experience than travel for work, as it should be. My crew has a variety of objectives. For some it’s art. For others it’s about fun and something going on all the time. For others it’s about rest and relaxation. Shopping in local markets is high on the list for some and nowhere for others. For all, it’s about negotiating compromises, finding balance, and searching for middle ground: good luck with that! Usually when I’ve visited Mexico City in recent years, it has to do with the Neza where we organize or our remittance campaign or several years ago a meeting of our international staff or various conferences with Enlace or others. My first experiences in Mexico City though were as a tourist over Thanksgiving in 1974, more than 40 years ago. We stayed in the Zona Rosa then, rather than a neighborhood like Colonia Roma Sur now. There was no Airbnb or Uber. We took a bus to see the pyramids not far out of town one day and a bus to Taxco, the famous silver mining town, another day. Our biggest adventure involved my father and I taking several buses to Coyoacan, a city suburb of sorts then, but now one of the thoroughly integrated sixteen boroughs of the DF, the Federal District. We visited the home where Frieda Kahlo and Diego Rivera lived and then walked nearby to visit the house where Leon Trotsky lived and was assassinated in exile from Russia after the internecine conflicts of the Russian Revolution. In both homes, we had the run of the place, and were virtually the only visitors. Now, when some of my crew visited and even though they had bought tickets online they were on the street for 45 minutes, walked through the house cheek to jowl with many others, and could not get near many areas of the house that my father and I had enjoyed with free rein. That is not to say that Mexico City has gone from exotic to banal. Mexico City it a great place to visit in many ways because of its size and immense diversity and possibility of all kinds. A visit to the Instituto Nacional de Antropologia Historica in Chapultepec Park is mandatory for example, and having been there many times, I still feel like I have never seen the whole museum. In more modern art museums, I like the political art. The displays of work by Golub in the Museo Tamayo, the modern art museum not far away from the Anthropology museum, was powerful, and like all political art, disturbing. For the first time I visited the Museo Dolores Olmedo in Xochimilco this trip. The peacocks and hairless Mexican dogs in beautiful grounds almost trumped the rest of the displays, but even in this setting of opulent wealth it was hard to strip out Kahlo and Rivera’s hard line politics or pretend that Rivera’s almost cartoonish paintings from his visit to Russia did not spring from his commitment to Communism. The museum had also wisely leavened the iconic displays there with dramatic folk art and intricate religious sculptures. It is impossible not to forgive most of these institutions for charging a special fare to foreigners. Truth to tell, I had never been on a flatboat, poled along the canals of Xochimilco, that millions of tourists count as a treat, and we got a kick out of that as well, even knowing full well we were being skinned alive on the price. But, hey, everyone has to make a living!

It’s the small things. You can even find art and expression in the markets and everywhere on the streets of the city. Avoid the water, don’t eat salads, get used to the altitude at a mile high, and ignore the pollution if you can, and Mexico City is always a special treat.