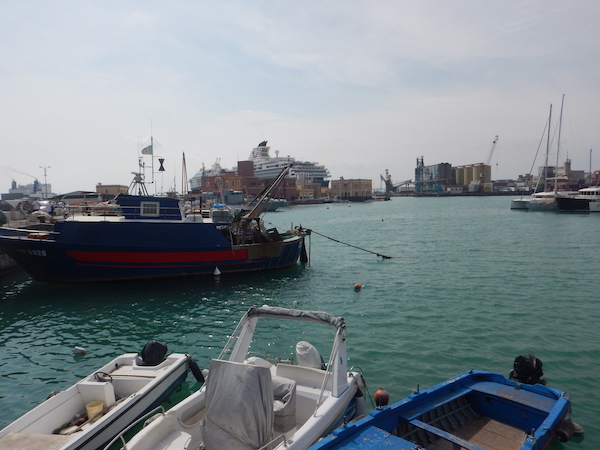 Catania       We had been through a series of meetings in Paterno and Catania.  There were two full showings of “The Organizer” documentary in each city, plus the long Katrina clip at the University for students and professors there. Organizers of the events, led by Laura Saija, had recruited representatives of organizations, activists, students, and others to make sure this was not popcorn and theater but an opportunity for people to understand community organizing, ACORN, and what we might be able to do together to build a mass organization in Sicily.  At the end of this waterfall of activity we were hoping to pool twenty or so of the people most likely to want to move forward at a lunch and workshop at Trama di Quartiere San Berillo. 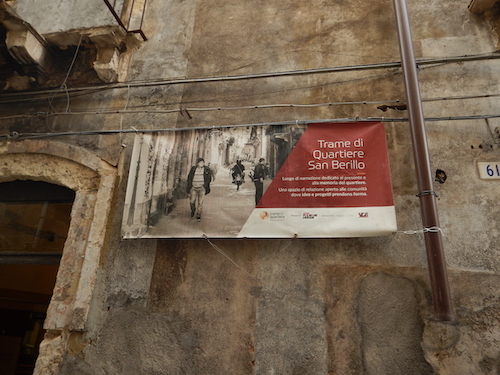 As people gathered, I got a better handle on the neighborhood.  The Trama was part community center, café, exhibit area, library, and meeting space on the first floor, and two-story squat and rehab project on the top two floors.  The San Berillo Quartiere or neighborhood was only a few blocks from the Opera House and some of the primary tourists’ centers, but was a derelict area of boarded up houses, Sengalese and other immigrant residents, prostitutes, hustlers, and others with the Trama right smack in the middle of it all.  This was more a political project than an organizing project, since the area was so depopulated.  Hustlers came in for an espresso and a trip to the bano.  Amnesty International had a display of photographs and narratives around their migrant project in the display area. 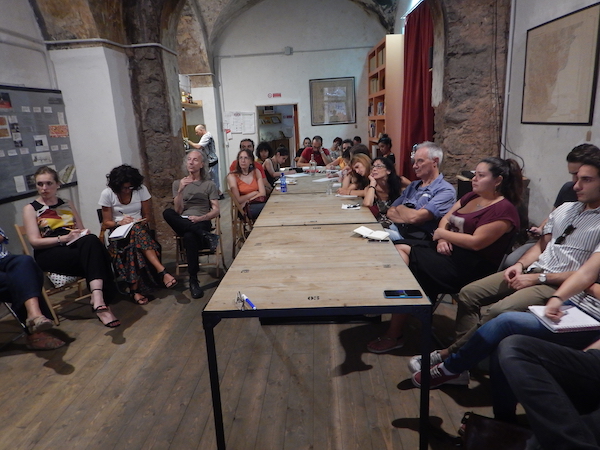 After dishes of hot, spicy Sengalese stew, we got down to it.  I had a bit of time to try to quickly outline the elements of the ACORN organizing model and some of the principles behind it.  Then there were questions, a lot of them ranging from relationships with political parties to technical details on how to construct the organizing committee, and my best attempts at providing some answers.  This was followed by a moderated presentation of some half-dozen students on a project involving a community garden they had done in a public housing area in Catania. 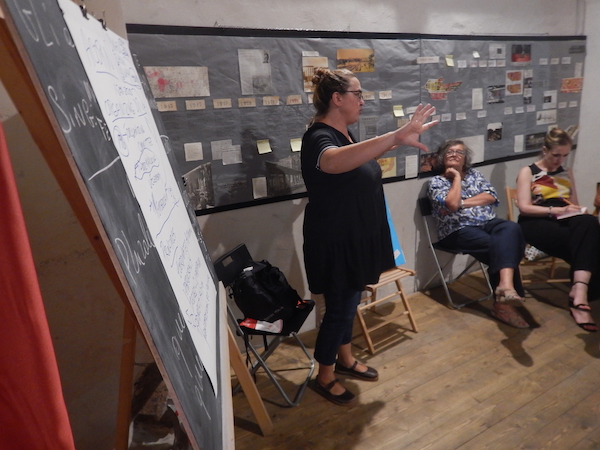 Honestly, it was exciting!  Some people were clearly getting the organizing “bug.” While some queued up with questions others tried to jump the line to ask what might be next steps to actually bring ACORN into Sicily.  Those questions interested me the most.  People had their own reasons.  Some had worked in the vineyards a long time, and were intrigued about the prospects of really building a mass-based organization that took action.  Others were frustrated by the political stagnation of the city, which they often pointed out was now bankrupt, and intrigued by the fact that ACORN was a nonpartisan organization, but clearly a political organization. 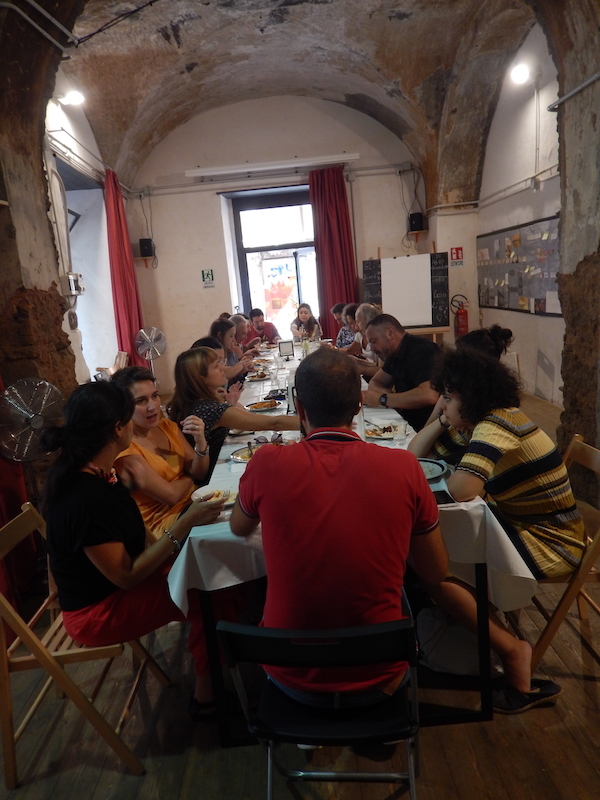 We met with small groups after the meeting who wanted more details on the options I had laid out for ACORN’s next steps:  working in coalition, training and support as affiliates, or direct organizing with ACORN Sicily.  I had called these options Plan A, Plan B, and Plan C, and some wanted to get a better understanding so they could make the right choice.

The books are in the library.  The documentary is scheduled several more times.  Mark my words, we’re going to see something happen in Sicily.  As one person kept saying, “the time is now!” 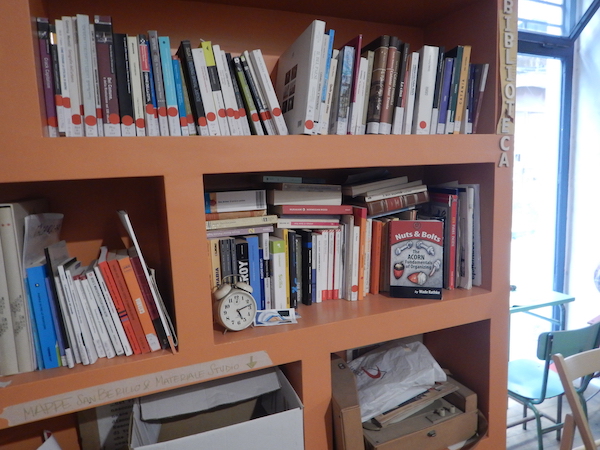