New Orleans      Congress is going back to work.  High on the agenda with the clock ticking is the next stimulus bill.  Some things are clear.  Mainly that the US economy is on its knees.

Let’s look at the facts:

I could go on, but the message is clear to everyone but the president:  we’re in the dumps!  Even Treasury Secretary Mnuchin says we need more stimulus.  Even Senate Majority Leader McConnell is now saying “wear a mask,” and agreeing that more stimulus is needed, even if his priority is protecting businesses, schools, and others from liability suits.

Let’s be clear.  One piece in the next stimulus needs to get done by August 1st, and that’s extending unemployment relief.  There are 5 million open jobs according to the feds for 20 million unemployed.  Pretending everyone can go back to work, pay bills, and eat is absurd.

I know that’s scary to a lot of businesses and politicians around the country.  People might be getting used to not being forced to live in shame and misery.  Businesses in the recovery may not be able to pay people the minimum wage, frozen for more than a decade, to get people back to work.  A University of Chicago study found that 68% of unemployed workers who are eligible for benefits receive more in jobless payments than their lost earnings – with the median payment 34% more than their former weekly paychecks.

Early reports indicated that there might be a compromise at adding $250 per week, rather than $600, and tacking on a bonus, perhaps $1000, for someone as a going-back-to-work bonus.  There’s also talk about another stimulus check like that last one of up to $1200 coming to everyone.

That was then, but now is now.  There may not be the political will to keep adding $600, but if people are going to eat and pay rent, it needs to be $400 or $500, not $250.  A reemployment bonus is meaningless, because businesses are shutting and a wave of bankruptcies are expected, so a bonus is just blank paper when there isn’t a job.  Another stimulus check, right on!

None of this has gotten better, and increasingly it looks like there’s worse in store.  Congress needs to step up its game and put money where their mouths are and stop playing high-low bargaining with desperate families throughout the country. 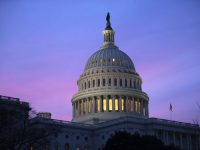 New Orleans    The problem when businessmen go into politics is learning that it is more important to be able to count the votes than just the dollars in your bank account. You can buy a lot in politics, but not everything, because office holders really, really want to hold onto their day jobs, not just your job. When it comes to Congress, there are no term limits, so many of them know they will be in office long after whoever is in the White House comes and goes.

President Trump has handled the learning curve so poorly and at such dangerous speed that he has gone over the cliff now because of his inability to focus on the need to be able to count the votes. In the Senate there is a 53 to 47 edge held by the Republicans over the Democrats, yet somehow with his proposal for $5.7 billion to fund his wall, come hell or high water, he could only muster a vote of 50 to 47 in the Senate, and that included one Democratic crossover from West Virginia. On the Democrats failing motion, they got more votes, 52 to 44, picking up six Republicans who want the government to open and oppose the shutdown.

Now it’s easier to understand Republican Senate Majority Leader’s strange silence for almost a month into the partial government shutdown. He knew he didn’t have the votes for the wall all along! He likely had told the President that before this disaster. Tactically, he was trying to claim that he was ready to bring something forward, “when it had the votes,” but said over and over that he wasn’t going to bring something up just to waste time that either the House wouldn’t approve or the President wouldn’t sign. He’s just let the President twist in the wind, frothing at the mouth to his base, and acting the fool, and waiting until the time was right to teach a lesson to him, even if subtle, and painful to federal employees and the public.

Worse, Trump now finds himself in the worst possible position for any negotiation. He’s stuck “bargaining with himself.” As a term of art, that entails being forced to concede demands made without any compromise on the other side. We saw that with his threat and his attempt to give the State of the Union address to the House of Representatives. There’s a new sheriff in town. With Nancy Pelosi as Speaker, she shut the door on his foot, and forced him to back away. Now, it is proven that he doesn’t have nearly enough votes for his wall.

In negotiating with himself, he’s now saying he wants the billion offered for border security by the Democrats in the House before the Senate vote to be a “down payment” on the wall. That’s not happening, captain!

Senate McConnell needs to whisper louder in his ear, so he really hears it this time. You don’t have the votes. You better start claiming you want border security, so we can all make a deal and get back to work, because your wall just came tumbling down.