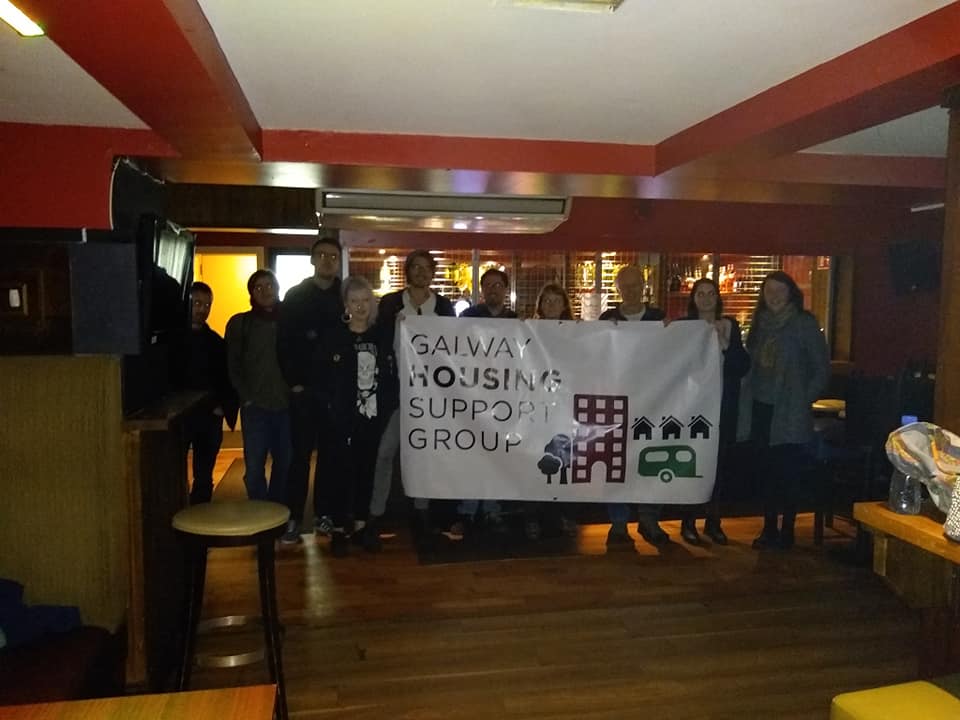 Galway        We woke up in a graveyard in Limerick in the shadow of a castle.  Well, not actually in the graveyard, but along the church wall separating us from the graveyard maintained by the Limerick Civic Trust along with the church which had been in steady operation since the mid-500’s and renovated 200 years ago, though abandoned now.  This morning our surprise was different.  We woke up hardly 100 meters from the water’s edge.  If we could see far enough across the Atlantic, we would be peering into Boston Harbor from Galway.  Both days were gorgeously sunny and spring-like, so as far as Nick Ballard and I would know, it’s always bright and cheery in this area of Ireland.  Listening to our new friends and colleagues, we disabused of that notion when many told us our visit coincided with the first time they had seen the sun in months.

We met in the dimly lighted cellar of a pub in the central part of Galway with a serious-minded and committed group of ten hardy young men and women who had organized the Galway Housing Support Group in recent months.  Early in the meeting they unfurled their new banner for the first time to some excitement.

This group had some experience in the field.  Almost all of them had been on the doors, largely as part of the extensive canvassing effort leading the seminal victory for Irish women to finally be able to vote, overwhelmingly supporting the right of women in Ireland to choose an abortion in this heavily Catholic country.  The huge scandals in the church over oppressing unwed women in the laundries before putting their children up for adoption as well as the abuse of children and others by priests were all early comments in conversation with us.  These victories made some argue that it seemed they were at a tipping point for progressive changes in Galway and Ireland, if they could make a plan going forward.

All of which became the topic of their dialogue with Nick and me about ACORN’s work.  This session was less about the local housing issues that we had heard in Limerick, but more about how to make a plan.  Several spoke of frustrations in breaking out of smaller collectives of activists and friends who had united to take on some projects and deal with community issues to be able to build a larger and more sustainable organization, so we talked a lot about the nuts and bolts.  We answered questions on the organizing model, the door knocking rap and its structure, how to collect dues and how much they might be, and the ways and means of dealing with local leadership.

Heading out after the mandatory post-meeting pint, Nick and I both were encouraged at the commitment of this the Galway team and hoped we might be able to help them breakthrough to the other side and build an organization out of their hard work and resolve.