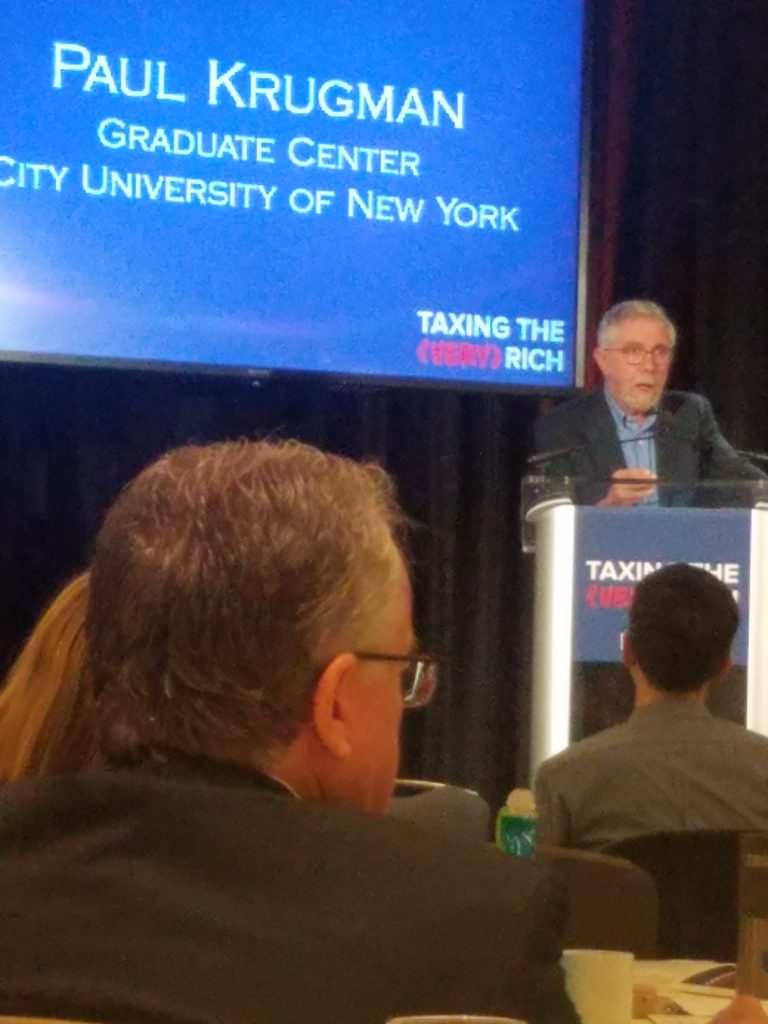 Washington      This whole thing about taxing the rich is getting serious.  There were more than 150 people in a wonk policy festival organized brilliantly by the Institute for Policy Studies and the Economic Policy Institute, two of the most respected research centers in Washington.  Talking about taxes in general is mind-numbing, head spinning, headache producing pain, and that’s just the talking, not actually paying taxes where many Americas conjure these feelings easily.  But, as one expert argued, we would need to raise $10 trillion in additional income to pay for the favorite programs around childcare, education loans, and more, without even adding up the price for Medicare For All, so that means that everything is on the tax laundry.

When Paul Krugman, the Nobel prize winning economist and New York Times columnist, starts off a meeting to set the sober and erudite tone, with Chicago’s Congresswoman Jan Schakowsky punching up the morning, Senator Chris Van Hollen from Maryland laying out a half dozen bills to make the crowd road, and Barbara Ehrenreich, author, activist, and humorist zinging the rich hard, you can imagine that the organizers, including the sponsor of the conference, Alan Davis of the WhyNot Initiative, were trying to send a message far and wide that even if this was going to a talk show, it’s intention was a call to action. 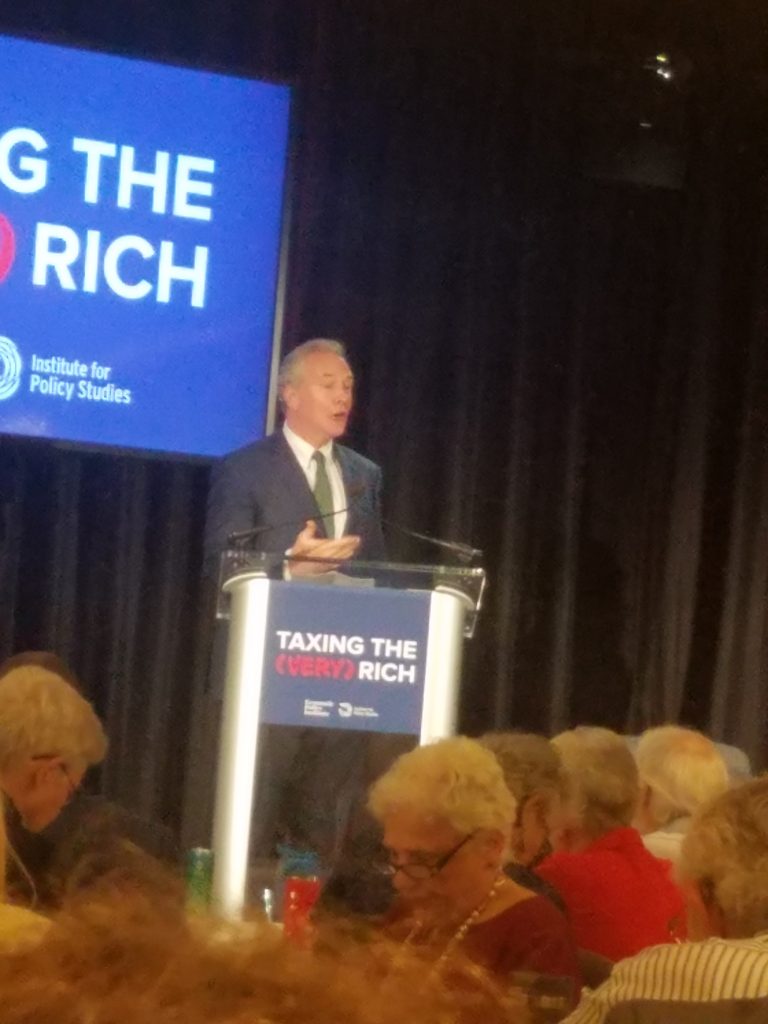 Celinda Lake, the esteemed pollster and an old friend, was clear:  the public across the board supports taxing the rich because they want fairness, and they do so at much higher numbers than they polling on jobs and income.  Hear this you candidates and focus your remarks accordingly in the debates.

There were proposals on surtaxes, wealth, assets, and increases on marginal income tax rates for the those making more than $2 million.  There were calls to stop the rich from hiding their money offshore and from deferring taxes.  Cheating was called out and named whether about carried interest or step ups that left increase values untaxed for generations.  There were calls to get in the same hymn book and sing the same song, and there were advocates for “all of the above” when it comes to taxing the rich.  There were food and war metaphors.  We were going throw the kitchen sink at these money hoarding, tax cheats. 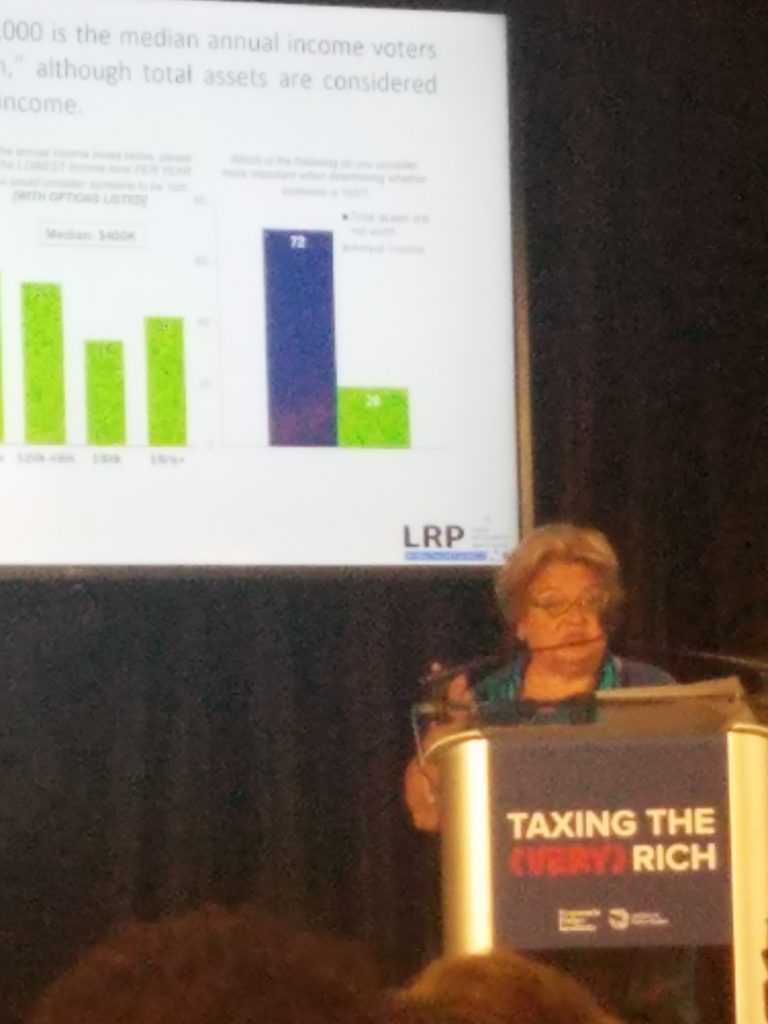 There were even some fireworks in the midst of all of this.  Erica Payne, director of something called Patriotic Millionaires, dropped some matches in the dry tax debates.  She called out Eli Broad, the Los Angeles billionaire and charter school champion, for claiming to advocate taxing the rich and then sneaking money to opponents of such policies in California and then writing an op ed in the Times still claiming “tax me.”  She called on the eighteen billionaires who had signed a letter to all the Democratic candidates asking them to tax the rich to put their money where their mouths were and pay for real work and a real campaign.

She was on fire, and that gave hope that maybe all of this talk and deep dive into tax policy might actually produce some real action.  The clues might have been during the last panel on what a campaign looks like, but I was running for a plane back to the real world, where all of us want the rich to pay their fair share, but don’t see the votes in a Congress made up of the rich and bought and paid for by the rich and their corporate buddies and lobbyists. 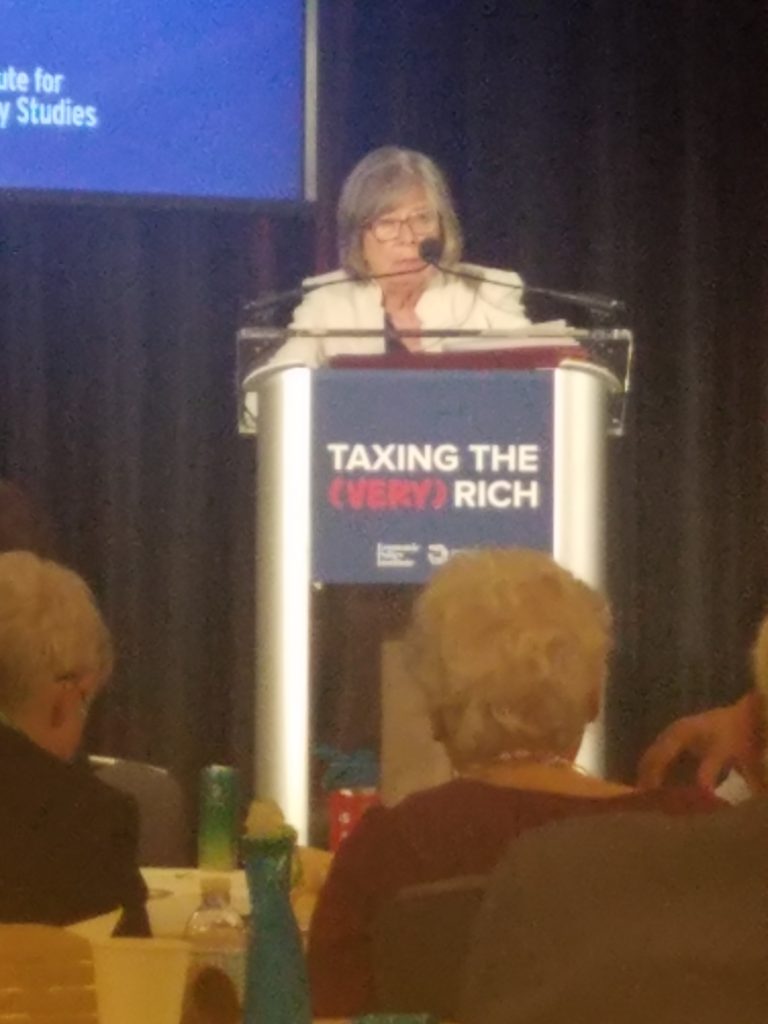 This is worth a fight and worth support, so let’s keep our eyes out for what happens next.  In the meantime, death and taxes are our only sure things, while only death seems certain for the very rich.

Please enjoy You Don’t Know Me by Natalie Jean