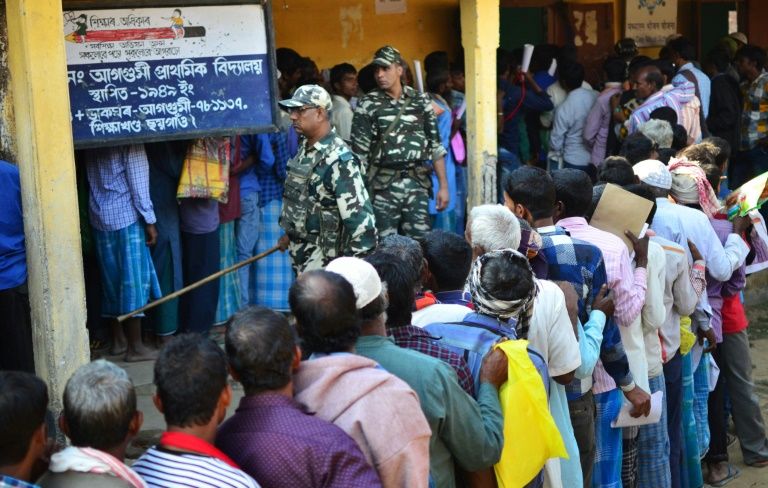 New Orleans       In the wake of anti-immigrant nativist policies, shooting massacres, and blatant racism, it is easy to think that it couldn’t be worse.  Certainly, on the immigrant front, we have hit a nadir that the country may not have seen since the days of the “yellow peril” and anti-immigrant policies to restrict Asian in-migration.

Tragically, it can be worse.  We saw this in Myanmar with the brutal suppression and genocide of the Rohingya whose biggest crime seems to have been their Muslim faith.  We are now also seeing this in India, another American ally, allowed to trumpet its claims as the largest democracy on earth, while allowing a communalist, rightwing Hindu-only nationalism become the dominating political program behind the BJP and Prime Minister Modi’s government.  The headlines most recently revolved around withdrawing the special status of Kashmir, one of two majority Muslim states in India.  A lesser known horror is taking place in the state of Assam, bordering Bangladesh.

Since 2016, Assam, also governed by the BJP, has been compiling a dangerous list, called the National Register of Citizens (NRC).  The NRC claimed to be a way to identify illegal intruders migrating from Bangladesh, but instead has become a Kafkaesque, Catch-22 list of four million of the state’s thirty-three million residents who are now forced to prove that they are citizens.  More than 1000 people are currently being held in six detention centers and another ten are being built as the program expands.

The suspected foreigners are required to prove that they or their forebearers have lived in the state since March 1971.  Some 3.7 million have already challenged this designation, but the process involves appearing before a Foreigners Tribunal, where there is no right to appeal or receive any review.  Cases have already emerged where members of the same family were declared both citizens and foreigners.  An Indian war hero was listed.  A young high school graduate, according to The Economist, was listed although no one else in her family was and then was unable to resolve it, because the bureaucracy required her to prove her citizenship through her voting record without reconciling the fact that she was too young to even register to vote yet.

As bad as all of this is, it gets worse.  Anyone can anonymously file an “objection” letter demanding the removal of suspected foreigners.  They never even need appear in court to face their accused.  Groups gained access to the NRC list and filed 220,000 letters before a late spring deadline.

The national government is touting the Assam anti-Muslim efforts as a model and announcing its interest in expanding the program nationally to deal with the 14% of its more than one-billion population who are Muslim.  Lest there be any doubts about the Hindu-chauvinism here, a national law has been drafted that would allow any on the list to recover citizenship or become citizens if they are Hindu, Christian, Zoroastrian, or in fact belonging to any religion other than Islam.

The United States is silent in the face of this outrage of human rights.  Perhaps that is because so many of our policies against migrants, immigrants, and Muslims are trying to travel this same road without being as clear about it as the Modi and the BJP have been? 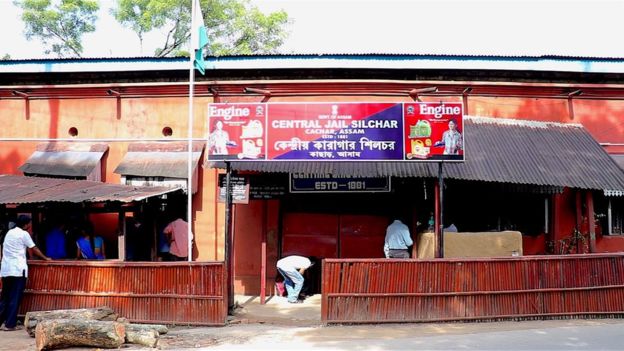 This detention camp is located inside Assam’s central prison

New Orleans     Facebook’s constant unfulfilled promises to fix the problems with their platform and its role in offering voice to violence seems to have finally come to the “sell by” date.  Patience has been exhausted.  The evidence has mounted steadily and seems to have hit a tipping point.

First, their #2 executive, Sheryl Sandberg, leaned into the hearing before Congress, and rather than fixing anything, there seemed to be a collective yawn that emitted from capitol to cities and towns across the country.  Somehow, she has now moved from being the “adult in the room” to another apologist without a clue to the cure with her credibility shot.

Secondly, flipping channels before falling off last night, I stumbled onto the John Oliver show on HBO and a forever long piece that excoriated Facebook, held up Mark Zuckerberg to ridicule, and mounted a devastating indictment of Facebook’s impotence and incompetence in allowing Myanmar’s ethnic minority, the Rohingya, to become victims of genocide.  Even a few months ago such an attack and satire in the name of either news or humor would have been unimaginable.

Oliver and his team went point by point detailing how rapidly Facebook had grown in Burma in recent years.  They showed advertisements that Facebook had run in order to expand, arguing that most of the features of their platform were free and encouraging people to “get connected.”  They reviewed the fact that most people got their news from Facebook with the proliferation of smartphones, and, more tellingly, that most of the Myanmar population saw Facebook and the internet as one and the same.  Having established how successful Facebook was a growing its business there, they then point out that even as they became synonymous with the internet, they only hired two native speakers to monitor content.  They were warned about hate speech and ethnic smears by nonprofits and others continually during this period.  They then hired two more native speakers through a subcontractor.  Now, Zuckerberg claims to have hired 60 native speakers, though after all hell broke loose for the Rohingya and tens of thousands were killed and raped, and hundreds of thousands were displaced.

Let’s have some context which the show didn’t offer.  Myanmar is not a small country.  There are more than 55 million people that live there.  Social media statistics indicate that 93% of the population is on Facebook, compared to say only 2.5% on YouTube as the next most popular site.  Under military dictatorship, it was effectively closed to the outside world for years until very recently.   There was no natural filter that would establish real facts from fake news.  What Oliver didn’t share, but that members of the Organizers’ Forum delegation who visited there several years ago would have noted, Burmese is not the only major language.  Quoting Wikipedia, “Aside from Myanmar (Burmese) and its dialects, the hundred or so languages of Myanmar include Shan (Tai, spoken by 3.2 million), Karen languages (spoken by 2.6 million), Kachin (spoken by 900,000), various Chin languages (spoken by 780,000), and Mon (Mon–Khmer, spoken by 750,000).”  The show did provide examples of mistranslations even in Burmese on Facebook’s website.  Oliver was careful to not say that Facebook did not cause the ethnic cleansing, but it was clear they abetted it through their indifference, greed, and incompetence.  What could Facebook have been thinking?

Finally, a new tech-journalism partnership, called Mark-up funded largely by $20 million from the founder of Craigslist, is rolling out and will pair journalists with coders to unpack the algorithms and mechanics of big tech’s claims with what they are really doing about privacy, content, and the rest of the mess.  The FANG companies, Facebook, Apple, Amazon, Netflix, and Google had better get a grip on a new reality because their game is up, and real police are coming.

For Facebook, the honeymoon is definitely over when there is blood on their hands and when HBO and Oliver’s show can end the segment with people in various countries in their own languages repeatedly say that Facebook is cow manure or words in the vernacular to that effect.

Facebook has a role, but from Russia to Myanmar to the rest, change is coming or they are a fleeting fancy for all of us and an out of control danger to the world and its people.