Tunis        Saturday before the election in Tunisia, another huge test of the fragile democracy forged during the Arab Spring, there was quiet.  The election rules had ended debates and public campaigning the day before the election.  In fact, the Organizers’ Forum had to reschedule one of our events because there was a rule against public gatherings of almost any form.  After days of endless debates on the central boulevard, it seemed nice to have some relative peace. 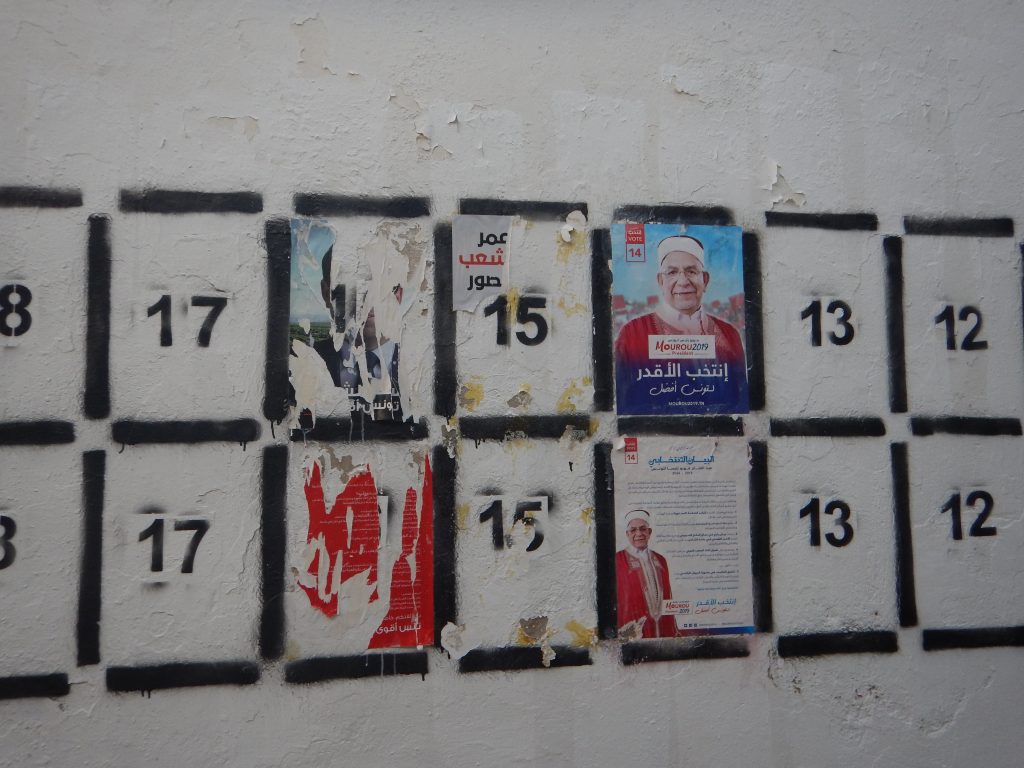 Such a rule is not common in the United States, except in union elections before the National Labor Relations Board.  In these instances, there is a 24-hour rule, where a company is well-advised to maintain some silence, because any new allegations trigger unfair labor practices that could lead to filing election objections and rerunning the vote.  The simple reason is that the union would not have enough time to respond to a company fabrication to offset its impact in the 24-hours prior to voting.  As I’ve often explained, the rules for elections under the NLRB make lying legal as long as the union has enough time to try in an uneven situation to tell the truth, up until the final day. 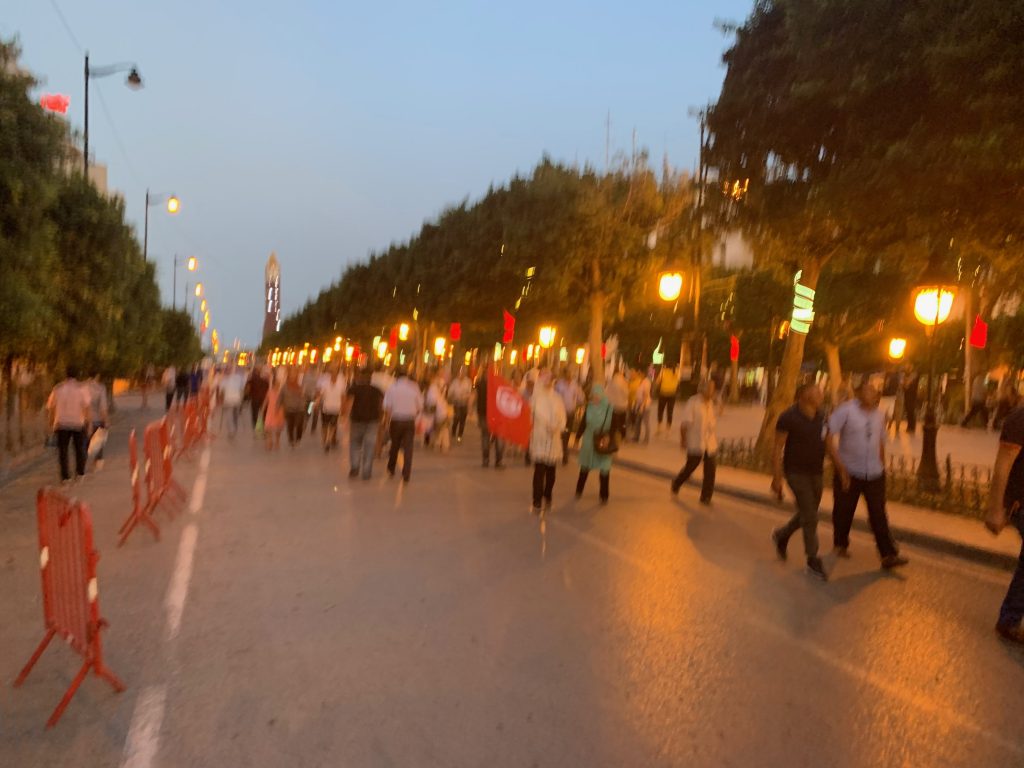 This is unlikely the reason for the quiet period in Tunisia.  ACORN’s organizer in Kenya, part of our delegation this year, said that a similar end to campaigning was mandated in his country.  It is likely common elsewhere as well, even if unknown in the USA.  The argument is that it allows voters to reflect and make their judgments more soberly.

Soberly, is key.  There are still rules in many parts of the United States about whether liquor can be sold on election day or, if sold, in what proximity it can be hawked to the voters.  Such rules have deep roots in the old school American practice of selling votes.  I can remember hearing similar stories from by great uncle, Grady Bullock, who served several terms as a county judge in a farming county north of Memphis.  Elections, he described, were one-dollar a vote and a lot to liquor, both central to the GOTV program there. 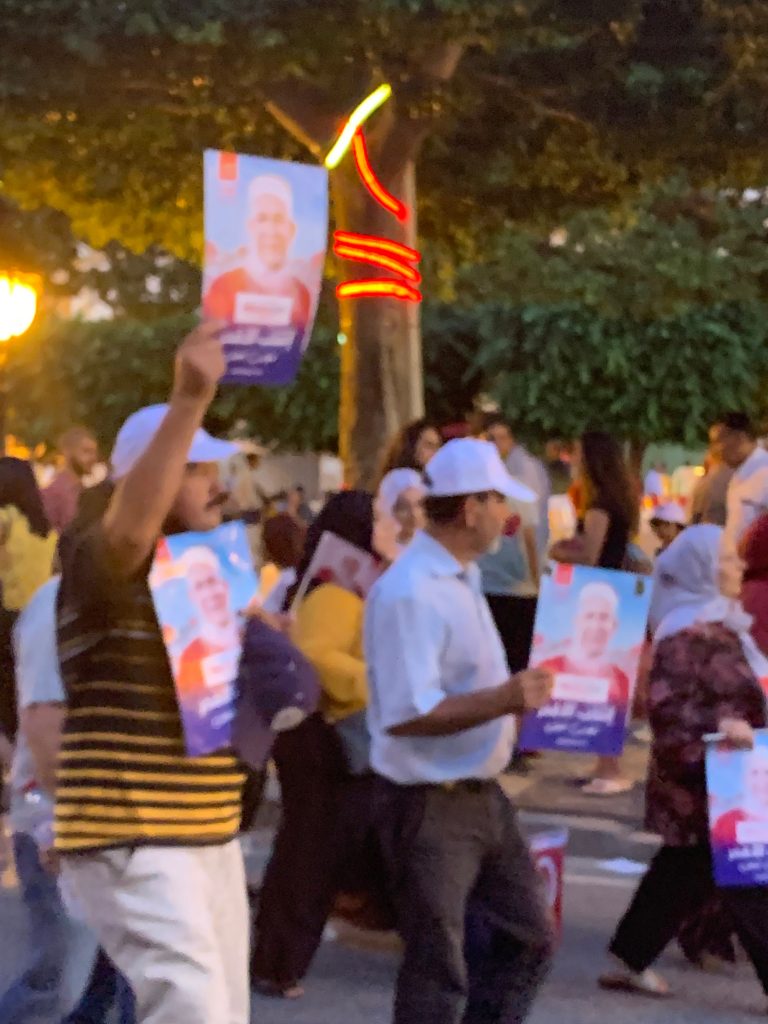 Walking through the city and the Medina, there were numbered blocks painted on some walls between one and twenty-six and one and forty some.  The purpose was to allow pictures of candidates or parties in the voting places to be presented so voters could poll by the numbers.  An interesting technique.

The first set of elections had seen voting percentages in the high 60%, which was encouraging, but the more recent municipal elections had been only about 38% of eligible voters.  Expectations are high for the democracy, especially for the economy, and have been hard to deliver, depressing enthusiasm at the polls.  There are many election observers present to observe, and, hopefully protect, the process.  Reports that came to our organizers of an unprecedented surge that registered 1.5 million voters has some worried about the outcome of the election. 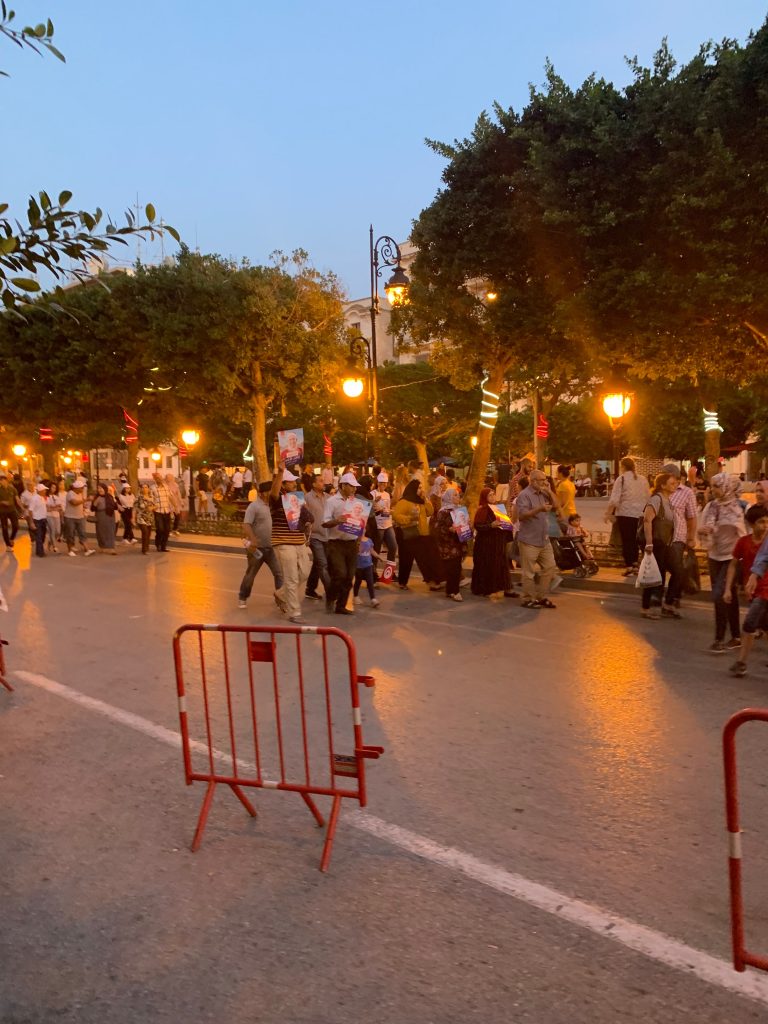 A 50% majority is required, so with 26 candidates remaining, a runoff is virtually assured.  This will be interesting to watch. 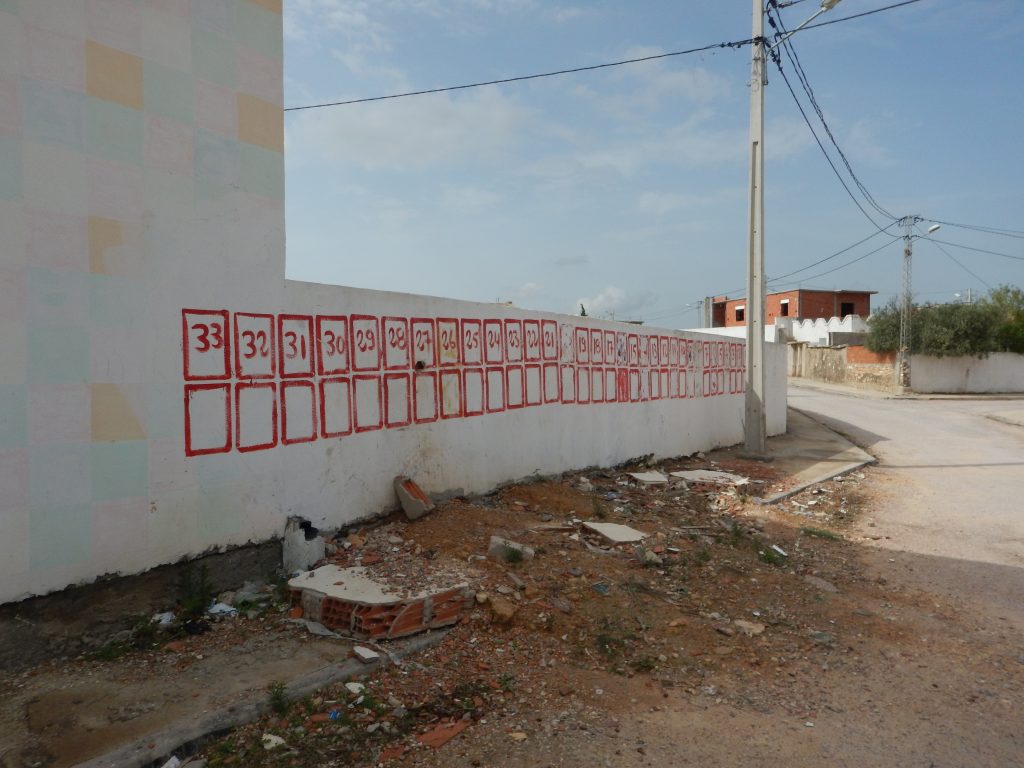 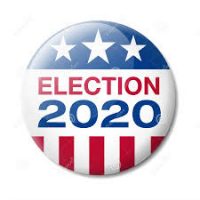 New Orleans        President Trump has taught us many, many things.  One of them is that being rich or, in his case, claiming to be rich, is not a qualification for the presidency.  There can’t be many people out there in America who don’t realize that the old line about “needing a businessman to run the government like a business” is totally and wholly discredited.

Running the government, as the recent shutdown and the continued hot mess at the White House repeatedly has proven, needs people who not only understand governing but also believe in government as a way to listen and respond to people and meet their needs.  Say what you may about politicians and office holders, at least, unlike President Trump, they know that they must gain and then keep a majority constituency behind them in order to effectively govern.   Superrich business folks get used to people kowtowing to them and thinking they spit gold out in every sentence.  Given the limited and passive role of stockholders, any claims that stockholders might be the same as the electorate are specious and ridiculous.  By attacking professional politicians, in a perverse way President Trump has taught us basic civics lessons about their value.

Yet, now we have the more billionaires lining up in the parade of candidates claiming that because of their wealth and business experience, they know what’s best for the rest of us, and they should be president.  Harold Schultz of Starbucks and Michael Bloomberg of Bloomberg are claiming they should be considered on the list.  Lord save us!

Bloomberg at least has experience in politics in addition to his billions, since he served a bunch of terms as Mayor of New York City. So far though he has doubled down on some of his worst policies as mayor including stop-and-frisk.  Furthermore, he – and Schultz for that matter – are claiming that one of their chief qualifications are that they are “men of the middle.”  We already have a bunch of politicians of the middle presenting themselves so how could that be a qualification?

Mr. Starbucks is scarier.  He doesn’t want to hear about this national health insurance problem and in fact seems to think we need to reduce entitlements like social security.  He’s talking about national debt as a huge issue as if he is a born-again Republican from the Bushs’ era.  While cutting benefits, he wants to make sure we don’t go and do anything crazy like raising or, I should say, restoring some taxes on the rich, because he’s, well, how can I say this, rich.  He’s even threatening to run as an independent, which some pundits believe would be a boon for Trump and could be enough to get him re-elected.  I get the feeling he’s only threatening to run as a Democrat, because he doesn’t think he can beat Trump in the Republican primary.

We have some good, experienced politicians lining up to run.  These real-billionaires should learn something from the fake billionaire, and stick to their philanthropy, op-ed pieces, and company picnics.  They could also take a lesson from another real-billionaire, Tom Steyer, the former hedge funder, and understand that maybe their contributions go farther if they decide to pick an issue, like climate change in his case, and realize it’s about getting it done, not just seeing their name in the papers and their ego salved.