Vancouver: In the first morning of the training for the first cycle of organizers in our new Community Leadership Centre, we got lucky – at least if you can call it that.

On the front page of the Vancouver Sun there was a huge headline and giant pictures heralding a late night settlement the night before of a public hospital workers strike which had become a call for a general strike.  One paper’s headline said only:  WHEW!  Our brand new organizers on their first day had the opportunity to talk to Tom Dufresne, President of the Vancouver ILWU and a member of the executive of the BC Federation of Labor, which had brokered the last minute deal with the conservative government, and to John Shields, who had run a large public employees union and in his time also been on the executive of the federation.

A general strike in the lexicon of labor is as close to an atomic bomb as unions ever have.  Like an atomic bomb, it is something one never wants to let loose and historically they have been few and far between.  In the midst of this hospital workers action though the forces had pulled themselves together to call for a general strike and unions of all strikes were stepping, no matter how sprightly, up to the mark and indicating they planned to throw down and all hit the bricks.  From a one union crisis, this had become something that Jim Sinclair, President of the BC Federation, had to now handle in the middle.

In British Columbia it is a difficult dance though.  According to the labor leaders addressing the organizers, fifteen similar strikes by public workers had been settled by legislation by the government, and once again the government had moved to create a law to “settle” the strike, dictating the terms of the final agreement, which were unfortunately even worse than what the members of the hospital workers had rejected earlier in January of this year.  The fines were also going to be huge — $10 per worker per day which with 43000 members meant almost a half-million dollars – because the union in defying the legislature was now also going to be held in contempt by the courts.

For years in the United States we have come to believe that Canadian labor law is superior to our own, but we had never quite calculated the topsy-turvy way in which the winds of political change could create repressive laws to settle individual labor conflicts, one by one.

We also learned how dicey these terrible settlements can be.   The government started leaking word that there was going to be a settlement late Sunday afternoon, and at one point the deal seemed done, and the leadership started dispatching part of the bargaining team for a “beer run” that had been hard earned.  All heck broke loose and the deal started unraveling as a virtual typo created by the government put pressure on them to not renege on a settlement and in a hard bargain for labor at least gave them back $5,000,000 for a “mistake.”

The devil is indeed in the details, and our novice organizers learned a lesson in their first hours of training right from the battlefront, which neither they nor I will ever be able to forget. 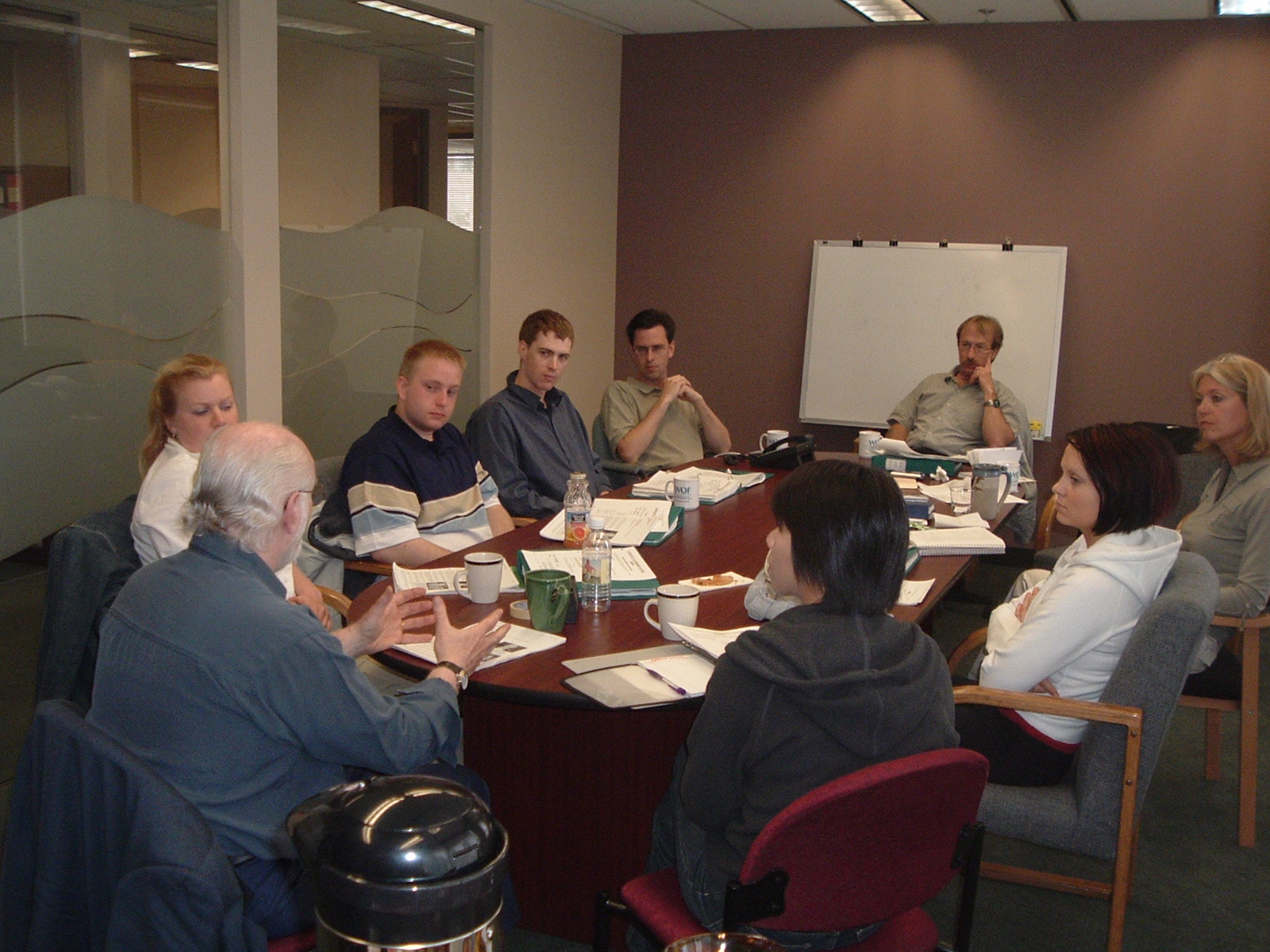 John Shields (lower left) and Tom Dufresne (top right) explain to the first cycle of Centre organizers how a general strike was diverted at the last minute the night before.