San Francisco:  George Lucas has a place up the coast from San Francisco in the northern part of Marin County – one of the richest counties in the United States – where he does his highly successful film thing.  One reads that it is all state of the art this and highly computerized that, because that is what is required to turn out the kind of movies that make the Star Wars revue.

In the Regan-Bush days the notion of public-private partnerships had its moment, and part of it was to take park land, like the prime real estate found at the Presidio in San Francisco, and, by god, make it pay.  Originally, that allowed non-profits like the Tides Foundation to create the Thoreau Center there by completely renovating the old Letterman Hospital.  More recently as the ideology of business has become even more sweeping, it has also meant the “privatization” of public lands in blatantly profit making enterprises.

There had been a building going down the slope towards Lombard which had been this and that, and for years had sat waiting for the U.S. Park Service to make a plan.  As long as the building had sat there, rumors swirled around it about the Lucas interest in doing something with the property – bringing some of their operation from the ranch down to the city.

A long and controversial process ensued, but with the profit-or-else mandate that rules the Park Service, it was inevitable that some day, some way, there would be somebody, and with the star power of George Lucas, it was probably destined in the heavens.  As I would travel in and out of the area, I had the opportunity to watch this from afar.  One year a building would be sitting there.  Another year there would be a fence.  Time would pass and the building would be demolished.  After more time passed, it seemed to take forever to clear the ground with huge caterpillars and earthmovers everywhere.

Nothing prepared me though for what I saw this trip as the buildings were now shooting up form the ground.  They were numerous and huge and their footprint seemed to stretch all over the area, not just in the relatively small space the older, ugly building had occupied.

Is this really what we want on our public lands?  Can this really be the best utilization of the Park Service and its stewardship to allow monstrosities like these to lumber across what used to at least remind one of grass and eucalyptus trees? 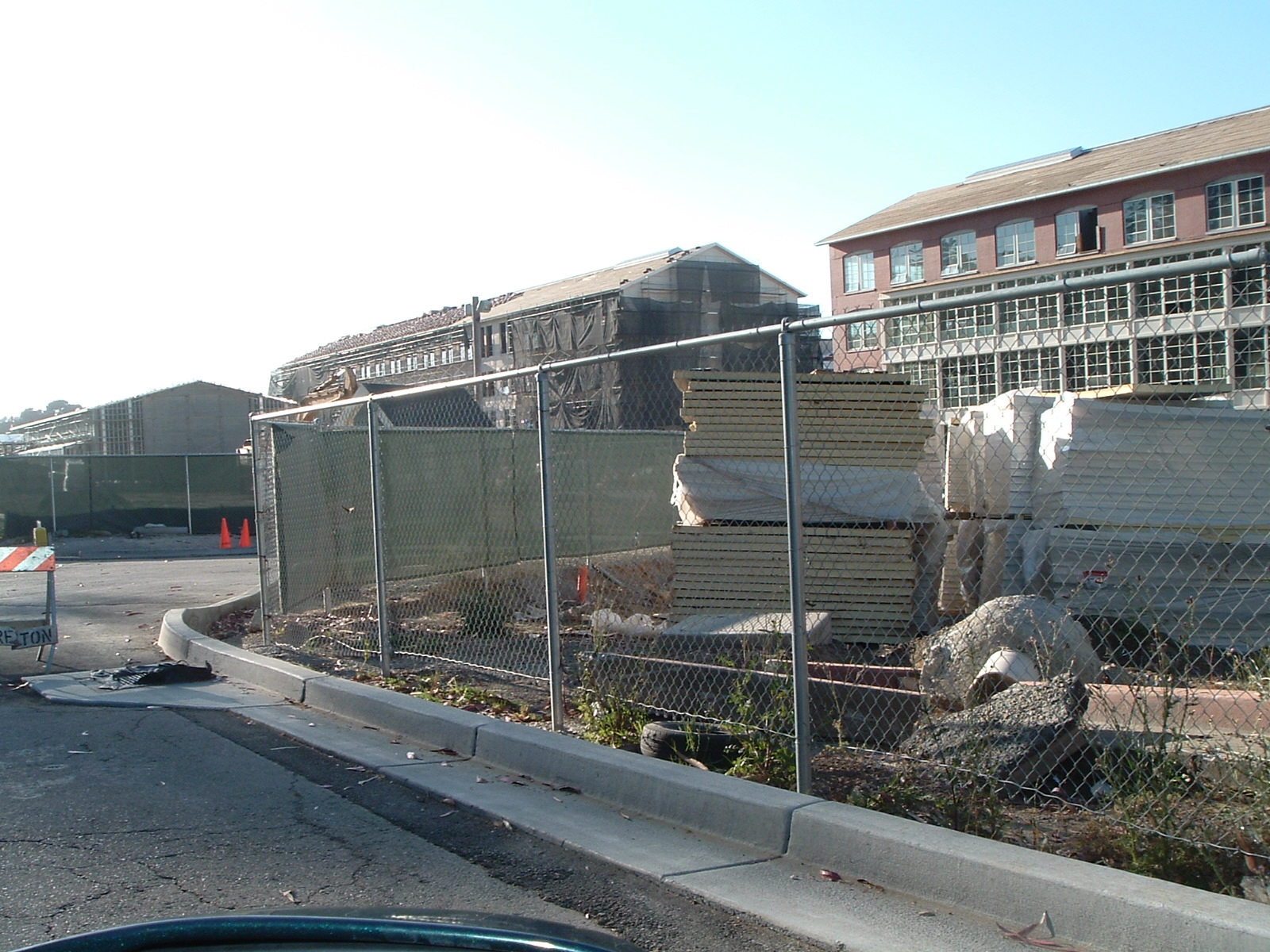