San Francisco  It is important to understand that more and more of our collective work is not longer about dreams and aspirations but simply and earnestly based on actually securing rights in reality that we have been guaranteed in principle.  This may be a measurement of how troubled our path has become, rather than an assessment of a significant plateau we have achieved.

This point was brought home to me listening to a discussion recently at a retreat of the Tides family of organizations at the Golden Gate Club on the Presidio grounds – or what’s left of them – between Antonio Romero, the executive director of the American Civil Liberties Union (ACLU) and john powell, director of the Institute on Race and Poverty and a professor located at Ohio State University.  Some years earlier in his career powell had been director of litigation for the ACLU.  In the back and forth between them the point that emerged clearly was that civil liberties have become civil rights have become human rights in increasing degrees in this society and in the world.

This seems a simple point, but an important insight.  Every morning’s daily newspaper seems to underscore the facts.  Seeing human rights as global, civil rights as racial, and civil liberties as the elite concern of the dominant culture in the United States is not helping us move forward.  Instead it is creating silos that segregate realities and struggles in a way that prevents us from creating the common ground to get traction and move forward.  Not lowering the boundaries between these concerns – a point both men made it seemed to me – allows our very concerns to become wedges for our opposition.

George Lakoff, a distinguished linguist at the University of California at Berkeley, makes the same point in a different way about “framing.”  It matters how we both present our issues and how we respond to attacks, and of course organizers know that instinctively, but Lakoff argues to wider and more diverse audiences that the creation of a moral imperative in our politics within the progressive forces has to be part of our common methodology.  The lowering of rights based barriers is part of this same construction that we need to increasingly pursue in creating common cause between social movements here and elsewhere.

In getting position on the forces of reaction all of this has to become part of what we are about.  Scenes from a prison in Iraq or of child prostitution in Thailand all have to be linked to what we are sometimes overlooking here as we try to assemble issues and constituencies like tinker toys, rather than building blocks to a larger movement. 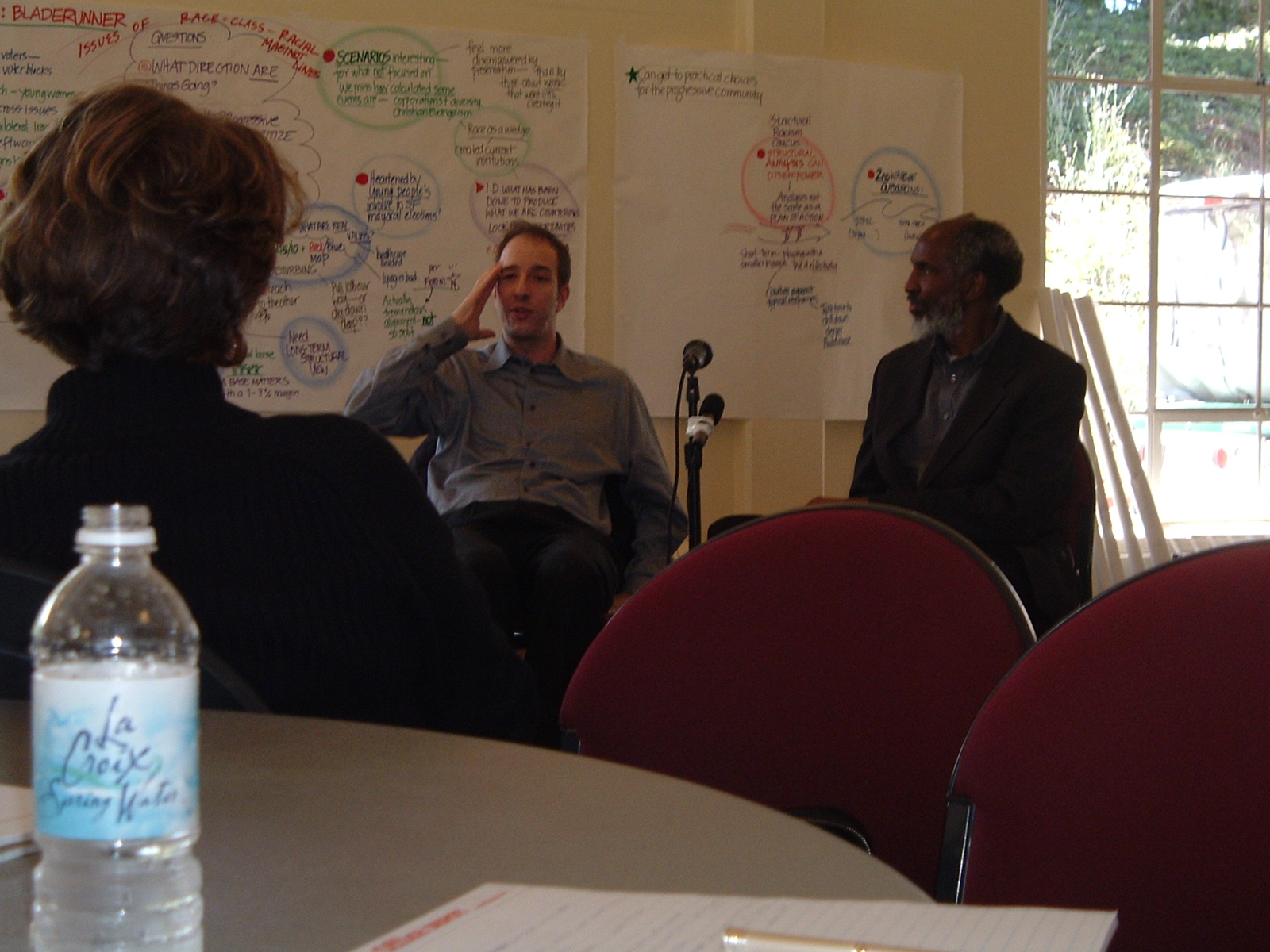 Tony Romero of the ACLU and john powell of Ohio State focusing on rights.