Abiquiu, New Mexico:  Every year at this all of our management staff meets, usually in the West, to do a mid-term correction on our plans and get in gear to finish the year.  In recent years we have been meeting over this week in Estes Park at the giant YMCA facility.  This year we got to experience something a little different at the Ghost Ranch facilities maintained by the Presbyterians.

Gail Stoltz joined us there to help give everyone an understanding of how the next five or six months is shaping up in this electoral year.  Gail is an old friend with a deep political resume including time spent running the Montana Democratic Party, time as political director for the DNC, and as political director for the Service Employees International Union one cycle as well.  We have always found her clearheaded and straight shooting, so everyone was all ears as she gave us her two cents on the unfolding scene.

From an insiders perspective Gail believed we wanted to look at a couple of key indicators if we were interested in pulling back the covers and getting a better feel for what was under the days headlines.  She advised us to start looking at job approval numbers as a key barometer.  On these President Bush has been taking a hard shower with a 20 point drop over the last 90 days.  Some analysts believe that you can not win re-election if your job approvals go below 50% and stay there.  Another indicator is personal favorable/unfavorables.  These are still running well for the President at over 60%.  The American people still like the guy, even if they are not sure that he can do the job in other words.  Senator Kerry has not convinced people yet that he is someone they like personally.

Re-elect numbers are a third place to pay attention.  Here we have a horserace with both candidates neck and neck form poll to poll.  For Kerry critics – and there are many – who wonder when the guy is going to light a fire and get burning, it is fairly amazing that the race is so tight everywhere.  One strategy clearly could be simply running a referendum on President Bush and hoping to ride it into the winner’s circle.

A fourth key variable is “right track / wrong track.”  Here Bush is also taking a sharp slide as folks are saying more firmly that the United States is on the wrong track.

Another interesting point Gail made had to do with the importance of the field program and GOTV work.  The pros believe that field can contribute 1 to 3% to one side or another.  With an election this close – essentially within the margin of error – field could be critical on both sides.  Talking to a room full of organizers at the top of the mesa with the wind whipping and occasional spits of rain pinging on the windows, you could have heard a pin drop.

This one is close and for all the marbles, and everyone in the room knew it! 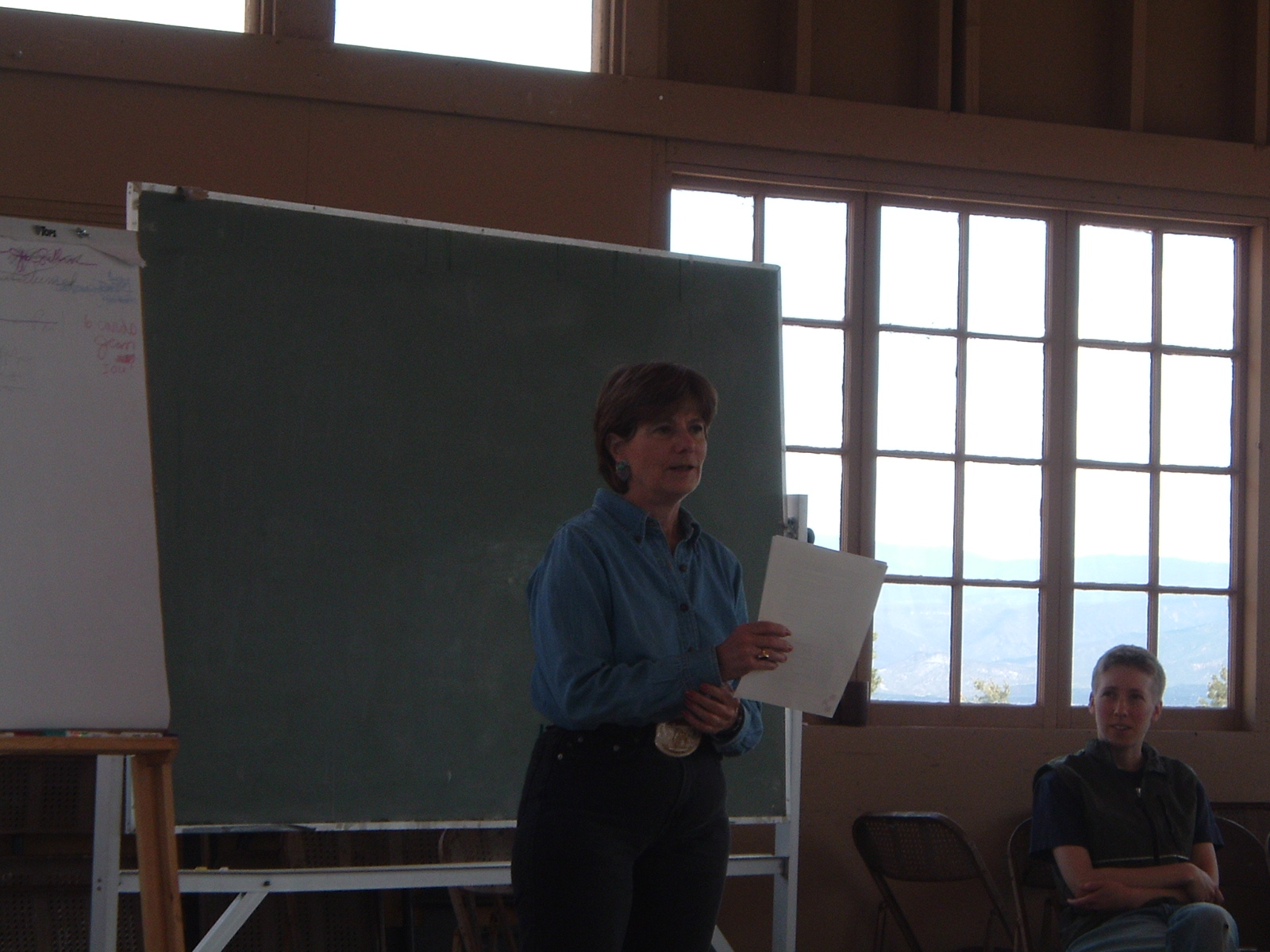 Gail Stoltz details the “what-is-behind-the-headlines” in the race shaping up in November.