San Francisco:  Not surprisingly, when the largest union in the United States convenes every four years and thousands of duly elected delegates come from every nook and corner, it is quite an event – part business meeting and part spectacle all mixed with intense debate, bread, and circus.  Because the Service Employees International Union (SEIU) has continued to grow steadily and at a faster pace than virtually any other union in the AFL-CIO, there convention means something in a way that many no longer do.

In this convention there were two issues more than any others than engaged the delegates, and both were challenges issued by International President Andy Stern.  One involved the AFL-CIO and its future.  The other focused tightly on Wal-Mart and what it was doing to the economy.

In their own way both of these issues were both enthusiastically supported by the delegates and confusing to them at the same time.

John Sweeney, the President of the AFL-CIO, was also the president of the Service Employees, and the original overseer of much of SEIU’s dramatic growth that propelled him to the top job in the AFL-CIO.  He had been the agent of huge change in SEIU and came to the AFL-CIO riding the same wave of change.   Andy Stern was the architect of a lot of the SEIU growth as Sweeney’s organizing director and protege, yet here was the same Andy Stern seemingly throwing down the gauntlet to the AFL-CIO and saying, essentially, change or get out of the way.  Was this strategy or tactics?  Positioning or principle?  The language was smooth and indirect – John Sweeney was “a good man” but this proved that there was something “wrong with the ship,” rather than the captain.  And, the issue raised by Stern was that there were too many unions and that the AFL-CIO did too much enforcement.  Perhaps, but neither of these things answers the problem of labor’s demise and declining membership.

Wal-Mart was the second major front, as Stern asked the Convention’s support to put a million dollars aside to begin to move a campaign against the company.  Here the members knew they had met an enemy, though they also knew that in normal times such a company would be “outside” of the jurisdiction of SEIU and more likely a concern for other unions.

In both cases these were instances where SEIU was leading as the largest and laying down a path, even if others might not follow.  Heady stuff!  The lengthy debates on retirement ages, new offices, the war in Iraq, marriage equality were important, but in many ways SEIU’s position did not matter in any fundamental way.  But SEIU’s position may end up being very important when it comes to the future course and direction of the AFL-CIO as a weaker federation or a stronger, binding force.  In the same way SEIU’s ability to finally face the impact of Wal-Mart and its impact on all working families and our communities, and may help build a progressive alliance, which finally brings the largest company in the world to terms with real people.

Pay your dues and take your chances – these two issues will be interesting to watch —  they could make a week lost between the Moscone Center and a fancy hotel means something more than the souvenirs one is able to bring home at the final gavel. 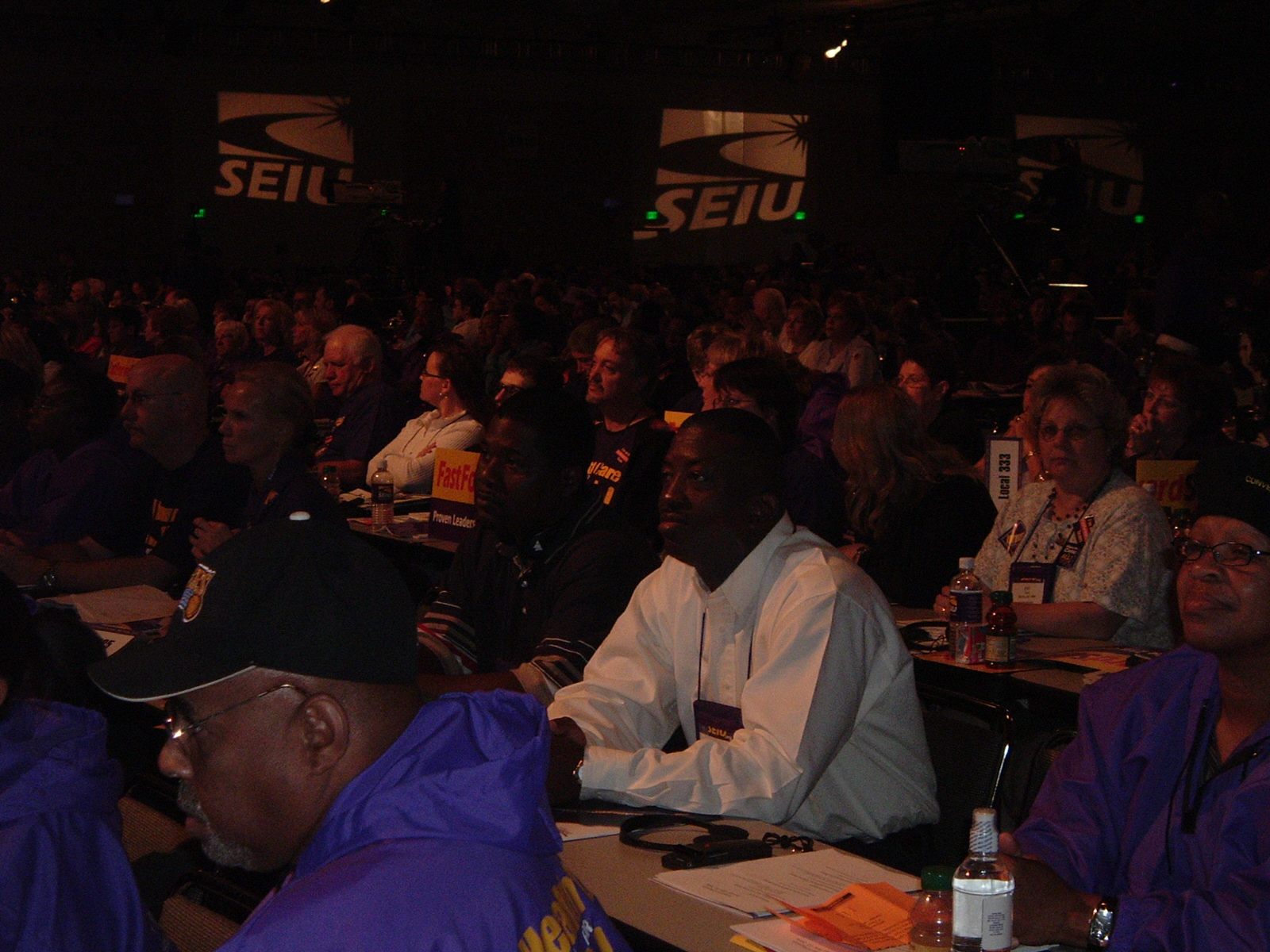 Pictures from the 2004 SEIU Quadrennial Convention. 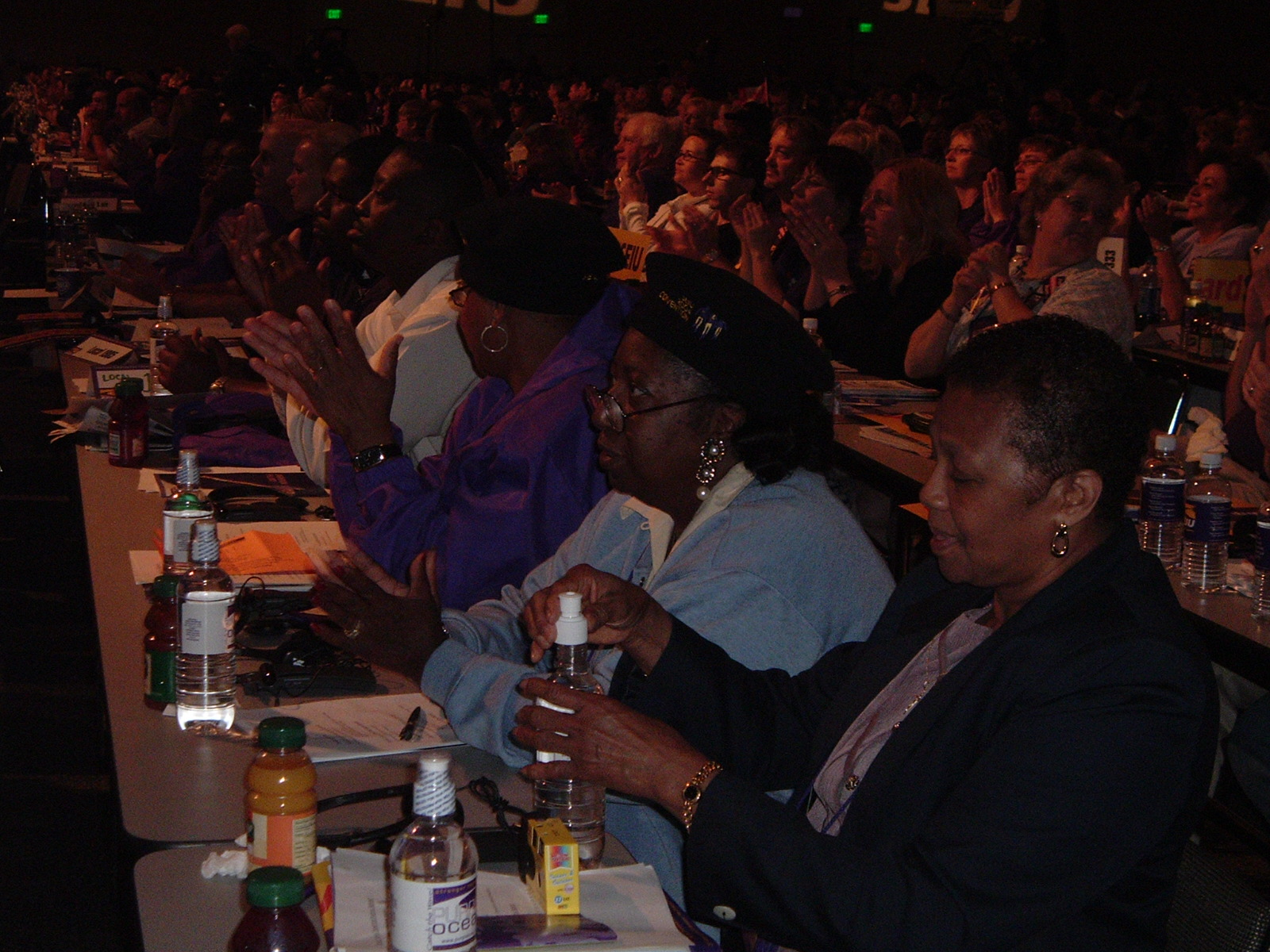 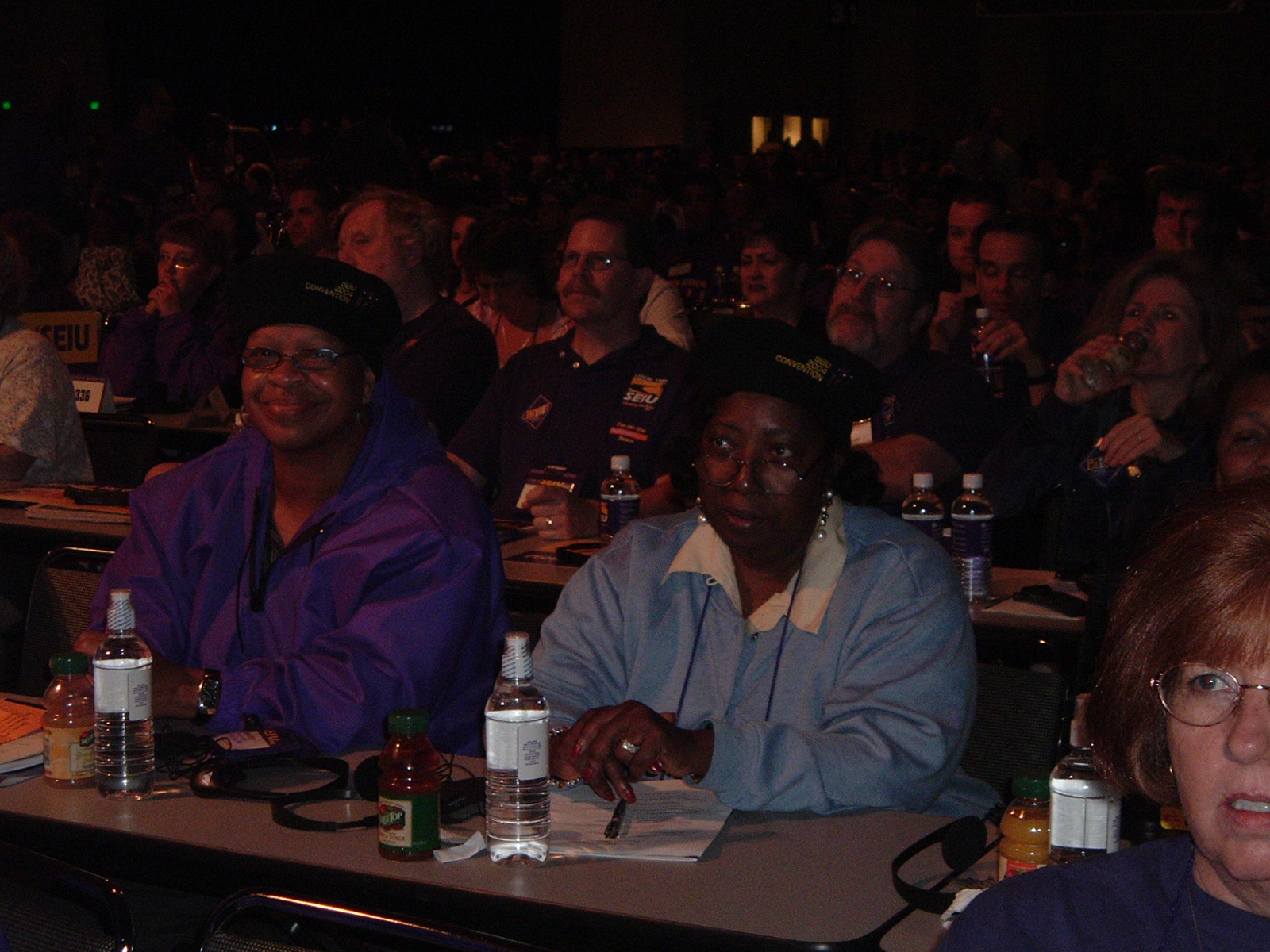 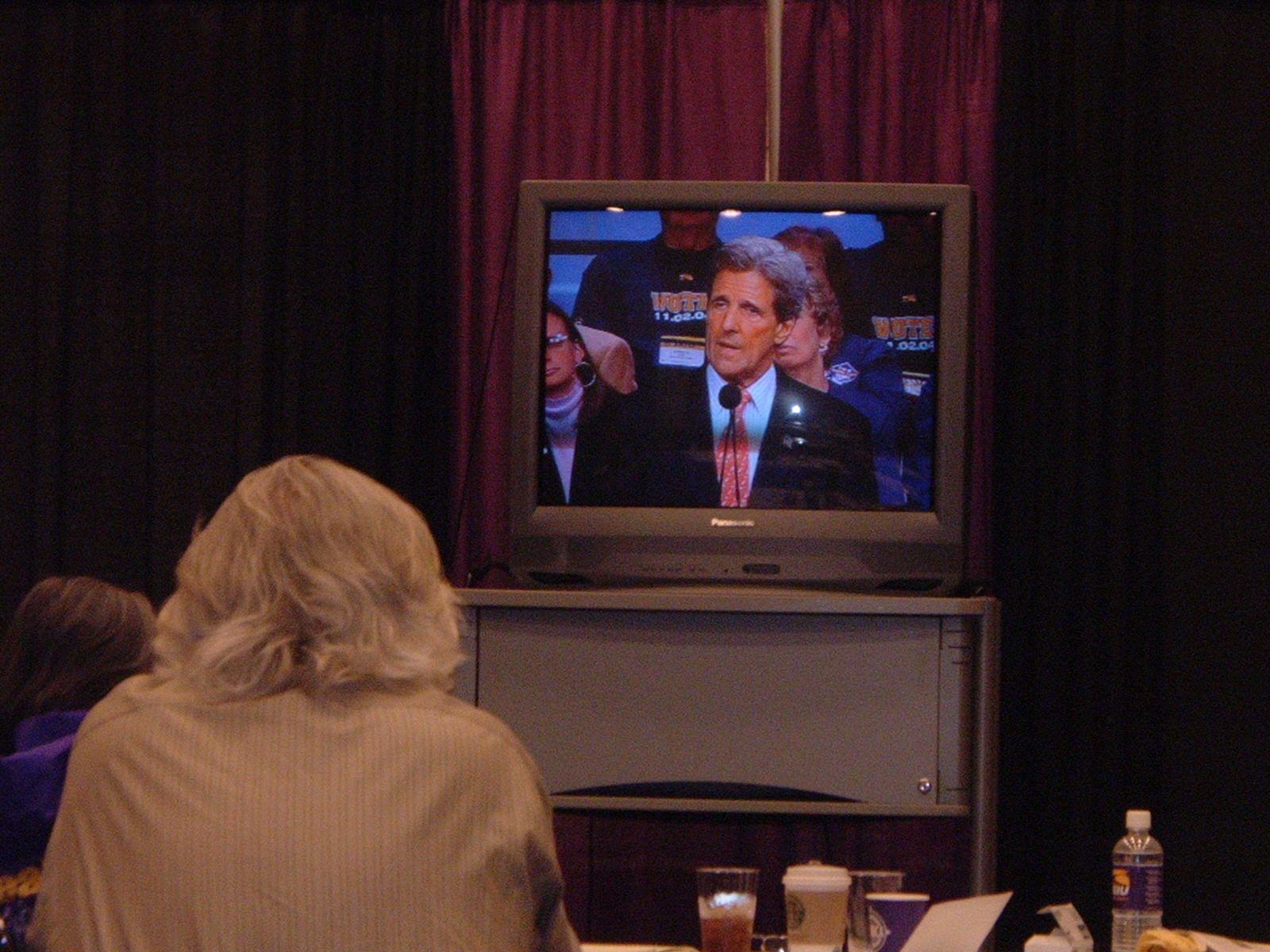 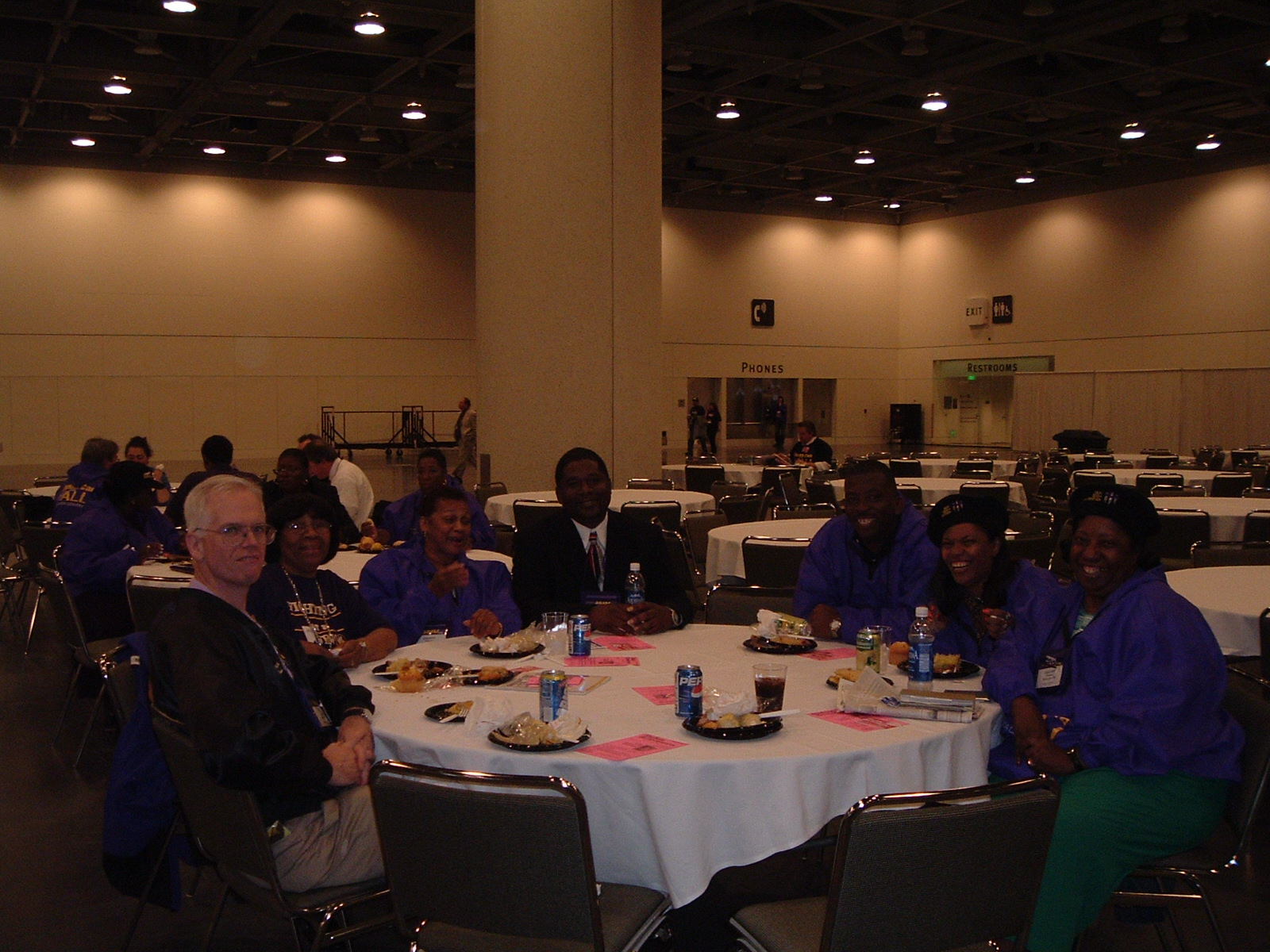