Columbus, Ohio: The ACORN National Association Board wisely decided to have its fall meeting in Columbus because it sensed that Ohio could be ground zero in the critical last weeks before the United States presidential election.  The polls had been bouncing around like ping pong balls with Kerry ahead one day and Bush the next.  Both were in Ohio crisscrossing the state and overlapping our visit in Columbus.  Almost everyone agreed that for Senator Kerry to have any chance at unseating the incumbent, he had to win Ohio.

A good friend and colleague, Dave Regan, President of the giant health care and public workers union, SEIU Local 1199 OH/WV/KY met the ACORN board along with local Columbus ACORN leader Robin Montgomery to brief the delegates on what was happening and why it was important.  Dave quickly rattled off the poll results, the efforts by the independent 527s like ACT, and the importance of voter registration efforts like those conducted by ACORN in trying to assure maximum participation in this election.  Regan believed that he could feel the momentum moving towards Kerry in Ohio in no small measure because of the disastrous job losses the workers of the state had experienced in the last four years under the Bush regime.

Columbus ACORN leader Robin Montgomery and ACORN National Political Director Zach Polett detailed the effort the organization had made in trying to get everyone ready for decision in Ohio.  The centerpiece of the effort had been the registration by ACORN and its Project Vote of over 160000 new voters, swamping other efforts both partisan and non-partisan.  This effort had been in Columbus, but also in Cincinnati, Cleveland, Toledo, and Dayton.  Importantly, ACORN also was going to have 1200 people working to Get Out the Vote (GOTV) on Election Day.  Brother Regan estimated that there would more than 10000 people working in GOTV efforts and perhaps as many as 20000 if one included all partisan and non-partisan efforts together.  It would be hard imagine that ANYONE would not know the importance of this election in Ohio and why every vote counted in this Midwestern, heartland, rustbelt center.

To make sure the Board jumped on a bus pulled out their clipboards with their walk lists and absentee voter applications, and in the rain and raw cold fall morning of a Saturday in October jumped out on the streets in a neighborhood off central Columbus and Cassady Avenue.  Not a door was wasted.  People were excited.  No matter what people might wonder about whether or not people in Ohio feel put upon or hassled – people were excited about talking about the election and voting.  These folks in this neighborhood seemed in fact to enjoy their place in the spotlight on this gray day where in fact they knew – maybe for the first and only time – their votes were really counting and could be huge in deciding the future of the country.

There will be millions of these visits by ACORN members and leaders in neighborhoods all over the country where ACORN organizes.  Some will be in the battlegrounds as they shift, but all of them will be important.

For all of the money and the entire struggle, there are few of our people who do not understand, especially in Ohio, Florida, Pennsylvania, and so many other states that their vote really DOES count this time around. 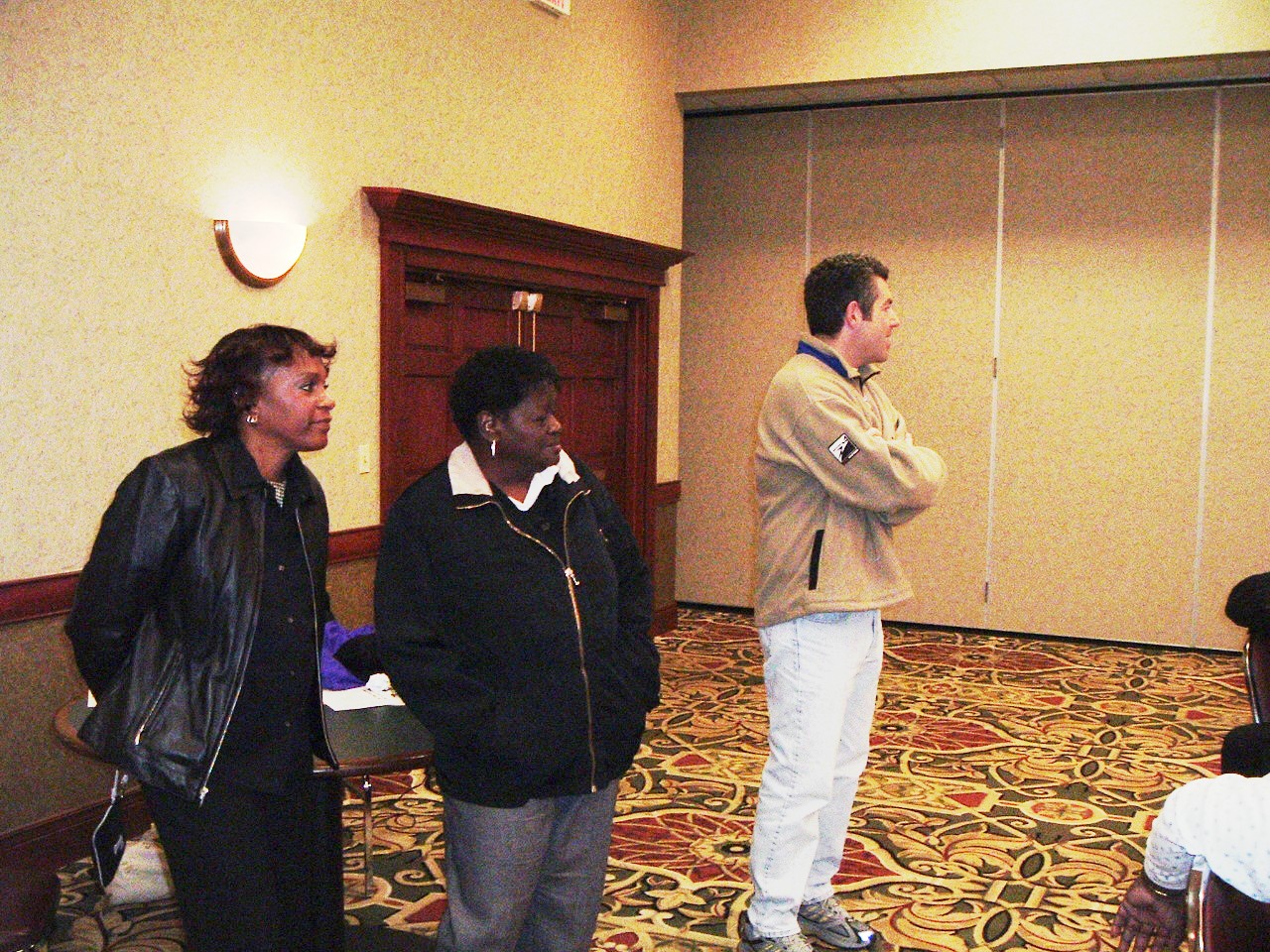 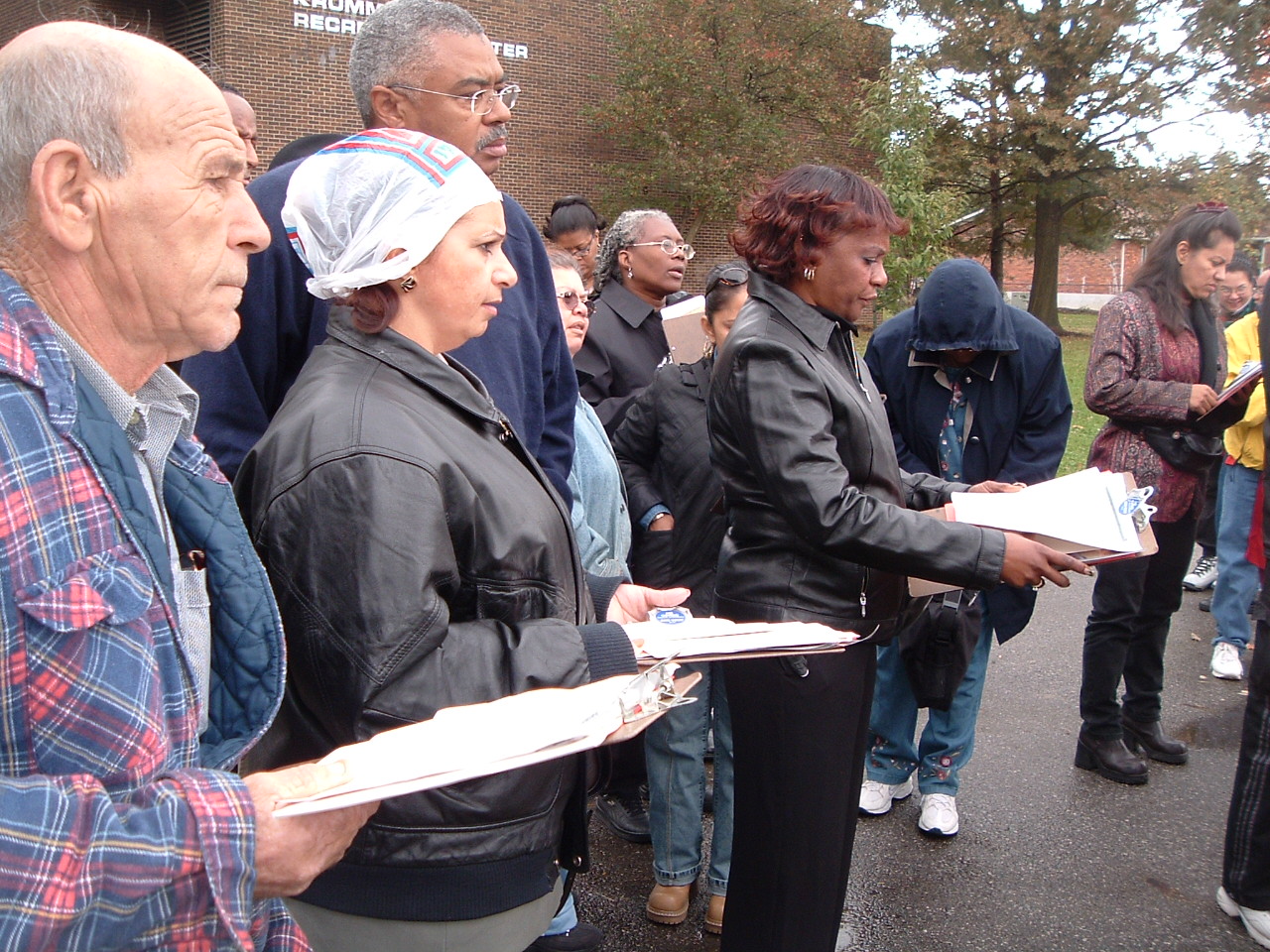