New Haven: There are some simple rules in supporting a community of community and labor organizers and one of them in my book is to be accessible to their efforts to continue to define and expand their understanding of their work and experience as organizers.  So it was easy when a request from a former organizer with New York ACORN came over the internet saying he was now at Yale Law School and there was this thing and could I do this panel and so forth.  Typically, I said yes first and figured it out, just barely as I was virtually pulling into the New Haven station on the train from Grand Central.

There were some side benefits that made it worth the ride.  I had coaxed my daughter into driving down to pick me up when it was all over.  I had not been to New Haven since my brother went to college here, so I was curious what Yale might have sucked up of the soul of the town over these passing decades.  I had convinced the former mayor of El Paso to meet me as a coincidentally convenient middle ground to save us both making a longer trip to Texas.  All in all a fair set of bargains it had seemed to me.

It seemed I was invited to be on a panel at the 11th Annual Conference on Rebellious Lawyers at Yale University.  The panel had a catchy title:  Law and Organizing — So Happy Together. In fact, you could try here and find out a link to understand what transpired in the panel. There probably should have been a question mark — a big, fat one! — since if anything law and organizing have often fought like dogs, but that was the well considered point, as it gradually dawned on me and I started to understand what this was all about.

It was a good spirited affair.  Lunch at an Indian restaurant was not just me, my daughter Dine’ and Kanita, her friend from Hampshire College, and David Tannebaum, and ex-ACORN organizer in New York who was now at Yale Law, but 20 law students from all around the country.  What was up with this?

The panel joined a former AFL-CIO staffer (now a Yale Student) with the director of the Brooklyn based community group, Make the Road by Walking and myself with 100 students curious if in fact one could wed grassroots organizing and law and create light as well as heat.  Under a blood oath to be positive, no matter my real feeling and experience with lawyers (thanks, mom for a “raising” in the gracious sensibility of the south, rather than just the hardscrabble of the west!),  I laid out the simple rules for lawyers in community organizations.

1. Learn to think like an organizer, not just a lawyer.

2. Learn to work under the discipline of membership democracy and  indigenous leadership behind the scenes, rather than at the front of the room.

3. Learn to find a way, not simply to read the law.

4. Learn to find the “handles” on campaigns, and let others decide whether to take the risks and play the odds.

5. Working for an organization is always better than working for yourself.

6. Always be willing to re-think the assumptions, rather than accept them.

7. Don’t plan to pass through, but come to stay.

Though I made sure to hide the list, shortened it some, and tried to hold their attention by citing the contributions that lawyers had made to ACORN (and you can read review of it over here) over the years.  I didn’t lie to any of them and pretend it would be easy, just that it was necessary and desperately needed.

I’m pretty sure they didn’t pay any attention, so it was probably a fair trade, everything considered. 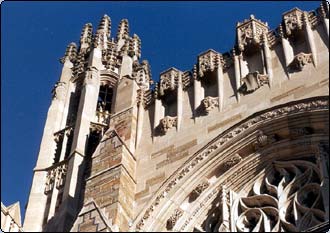 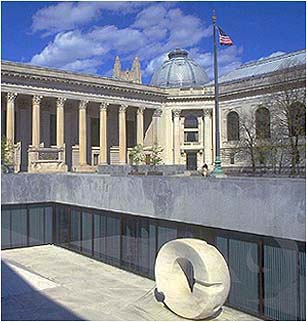