Chicago: With 24 hours warning that four of the largest unions in the federation — the Service Employees, the Teamsters, the Food and Commercial Workers, and UNITE — HERE! — were going to boycott and not be seated the first day, the convention hall did not need to look as thin and empty.  Only ninety (90) seats would be unfilled from the original delegations.  Perhaps this notice was not appreciated, but having seated many a convention crowd, I would have appreciated the advance notice to cover up the holes in the crowd.

I was a delegate to the last three AFL-CIO conventions, when I had represented the Greater New Orleans AFL-CIO.  My first convention had been the thriller in New York City, when John Sweeney first came roaring into office as the voice of reform and revitalization in the federation and for all of labor.  I had also passed through the other conventions in Pittsburgh and in Los Angeles.   I wanted to avoid this one.  I was not a delegate and did not want to be.

This 50th anniversary celebration of the merger of the AFL and the CIO was a train wreck with lots of notice.  One can not say that Andy Stern, International President of SEIU, had not advertised the fact that without major concessions from the top, SEIU was pulling out.  The first salvo was fired a year before at the SEIU convention and throughout the year whether behind the banner of not enough being done about Wal-Mart or the decrease in organizing or the lockstep way in which the AFL-CIO did politics, everyone in the labor movement had to know this was one very unhappy camper.  And, worse for the powers that be within the federation, he had picked up support.  Not a majority by any mans, but not chop liver either because once the Teamsters, Unite HERE!, and the UFCW also joined hands along with the Laborers in the wings and the small, but legendary Farm workers, one had a mess that could not be swept aside.

This had been a move to division that was hard for me to support with any enthusiasm.  I have spent a career over many decades building organizations and stopping internal conflict that would rend them apart, so it is unnatural for me to rally behind a walkout.  I didn’t like the personal elements, the bad messaging, the arguments about structure and mergers that had no mass base, the general lack of argument or vision for a different way of doing things or other organizing models.  Too much of this dispute read and felt like an insiders’ battle and not the class war that we call on unions to lead, so I kept thinking — hoping! — that in the tradition of the federation, a deal would be made at the last minute.  And, that was my position and the advice I gave.

Not because I was a fan of the AFL-CIO.  No question the federation was part of the problem, and not the solution, but in some ways it was a haven for the problems, rather than being the problem itself.  It is hard for me to blame John Sweeny for the moss backed, head in the sands, refusal to change of the building trades, though certainly he needed to do more on that and many other fronts.

So, I am not a fan of this walkout.   But, I’m all about organizing, and if somewhere behind all of this smoke really is some fire that we can finally change organizing so that we actually start to really work to create a union for the majority of American workers, rather than the same losing strategies that dominate our current work, then I am absolutely committed to seizing this opportunity to try to make the right thing happen, even if this may have been the wrong way to go about it.

I may not be happy today, and I may join a lot of other unhappy people about this turn of events as the facade of solidarity is unmasked, but sign me up for mass organizing in the future, because that’s the next war and we have to win that one! Kolkata: There used to be a t-shirt some years ago that was popular among unionists.  In big block letters it read, “Union Rights are Human Rights.”  Straight forward, simple and to the point, but it was dramatic in its own way.  And, true!

The slogan came to mind as I listened to INTUC’s Ramen Pandey recently talk about the big project that he and his organizers were focusing on now in Kolkata.  They wanted to organize manual rickshaw pullers.  They believed — I really have no idea — that Kolkata was the last place on the globe where men still manually transported men, virtually on their backs, but more accurately with their backs — and legs — in constant motion as someone else sat perched over the two large wheels balanced and pulled by the rickshaw runners.

Certainly in downtown Kolkata, even if there are fewer men employed in this occupation (some estimate 1500, while others guess at 5000), they are still much in evidence in the downtown area near the Maiden and around the New Market area, where they are standing in front of their rickshaws and leaning on the handles, waiting for work.  Pandey’s idea is to leverage the city and state, embarrass, and force the left-based government to have to provide re-training and either three-wheeled tri-shaws, bicycles, or motorized rickshaws for the men instead.

It is hard to judge the strategy from afar, but with the support of the Tides Foundation’s Paradox Fund, Pandey and his organizing staff, who were enthusiastic about the project when we visited with them, decided they had the opportunity and the mandate to try something different in organizing the informal sector by coupling human rights and workers rights.  Kolkata is not normally a destination city for many people, but for organizers, union activists, and others, this may be an organizing drive worth watching, and noting in coming years whether or not one continues to see men carrying men on their backs through the hard streets of this great city.  I know I will be listening for the reports of progress among the rickshaw drivers by Pandey and his team. 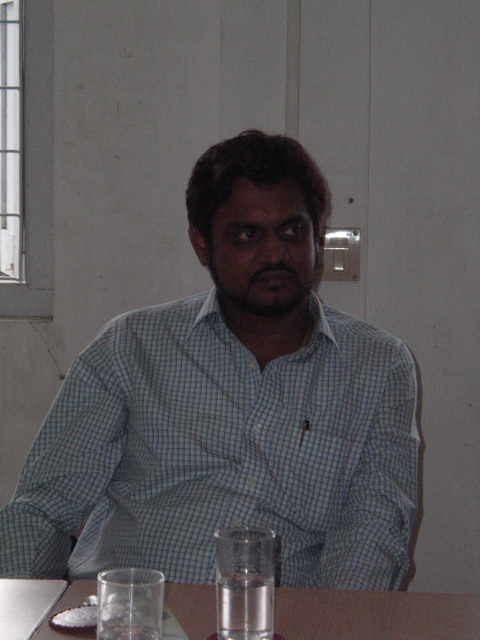 Ramen Paney.
The organizing staff for INTUC in Kolkata. 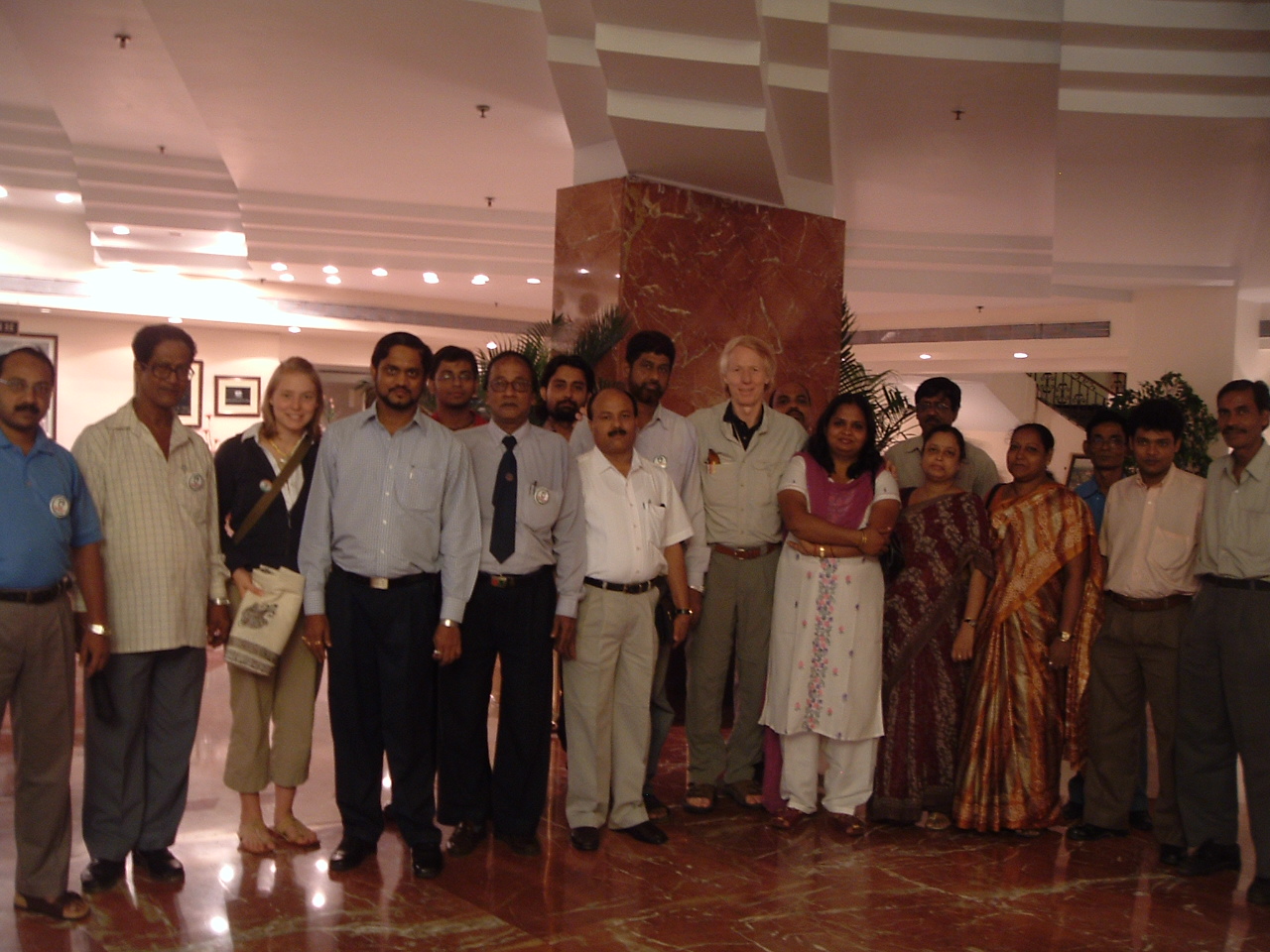