St. Petersburg: Close readers will remember the earlier entry here that detailed the WARN fight against the Wal-Mart proposal to build a super center on wetlands on Gandy Road in St. Petersburg.  The day after a heavily attended and well covered roadside protest including all of the WARN alliance of organizations from ACORN to Sierra Club to labor to neighborhood civics to many in between, the City Council had voted 6-2 to deny Wal-Mart the permit.  In a surprise Wal-Mart appealed subsequently.

Last night WARN called a “town hall” meeting on the eve of the hearing scheduled for today to consider Wal-Mart’s appeal.  Late in the afternoon word broke that Wal-Mart had — wisely — withdraw its appeal.  The town hall meeting went from attack to celebration, and frankly a “WARNing!”

WARN has mapped out a potential of eleven (11) stores that Wal-Mart likely plans to convert to super centers or build from scratch throughout Pinellas County in order to saturate the market on its customary strategy.  We are now able to predict with high accuracy based on Wal-Mart’s expansion pattern where it will site its next stores.  “Winning” a site fight with Wal-Mart is a temporary phenomena with this giant company and a mere bump in the road, unless we are able to get ahead of them, and with these new tools, WARN shared with the crowd in St. Petersburg a preview of what the city would look like, unless we now began to move against the future expansion immediately with a big box development plan.  Reacting after a Wal-Mart or other developers’ announcement is too late and makes winning “situational” and almost a matter of luck.  In the middle of the “game shows” and quizzes about Wal-Mart last night, WARN was the modern day equivalent of Paul Revere riding through sand and palm trees issuing the “WARN-ing” that “they are coming!” 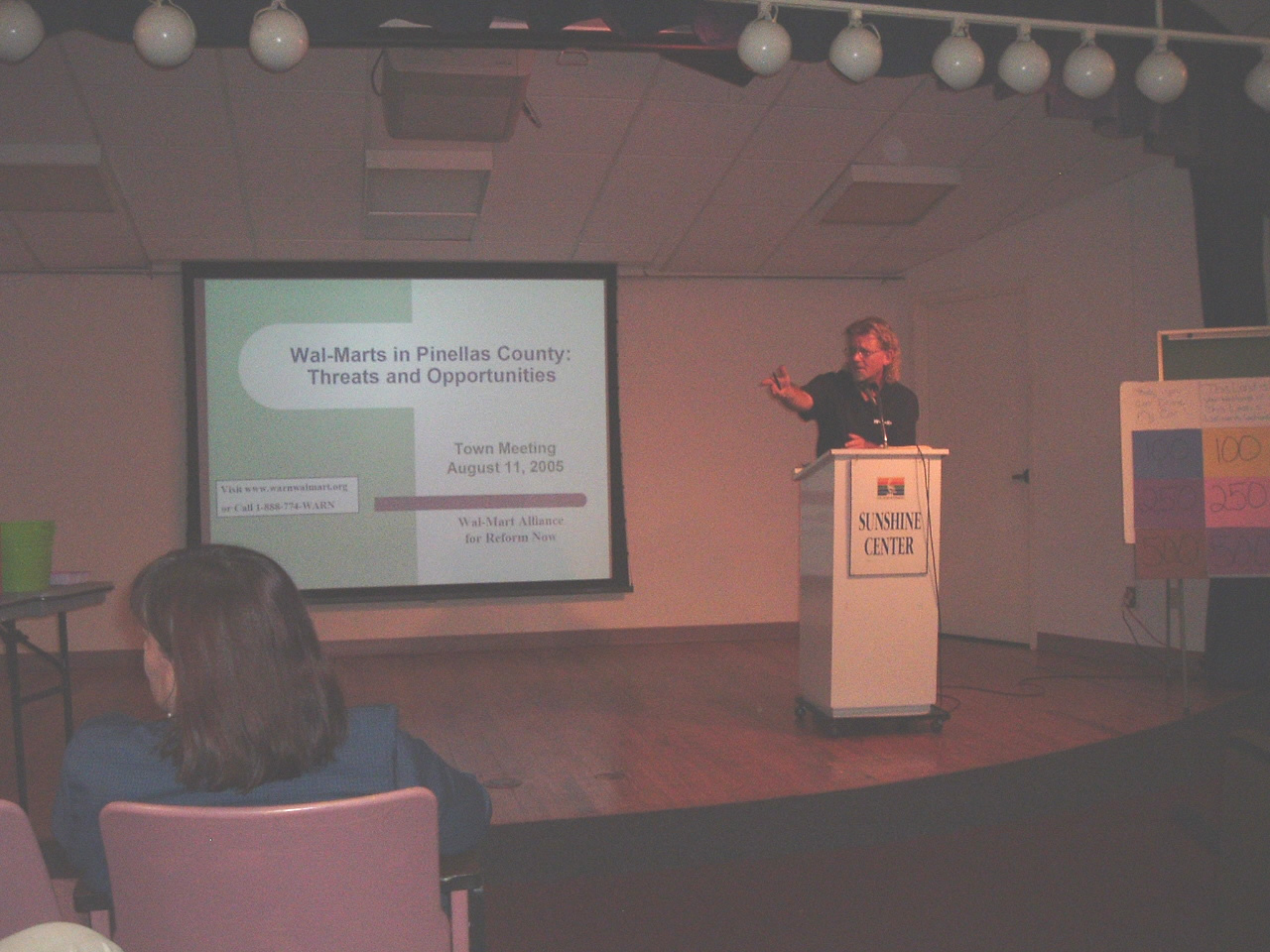 Rick Smith, WARN pointing out the growth of Wal-Mart’s in Pinellas County.
Cathy Harrelson, Sierra Club, hosting the “Your Community is in Jeopardy” game show with St. Petersburg residents.
“Survivor” @ the WARN Town Hall meeting. Winning contestants trying to figure out what they should do without while trying to live on a Wal-Mart workers salary. 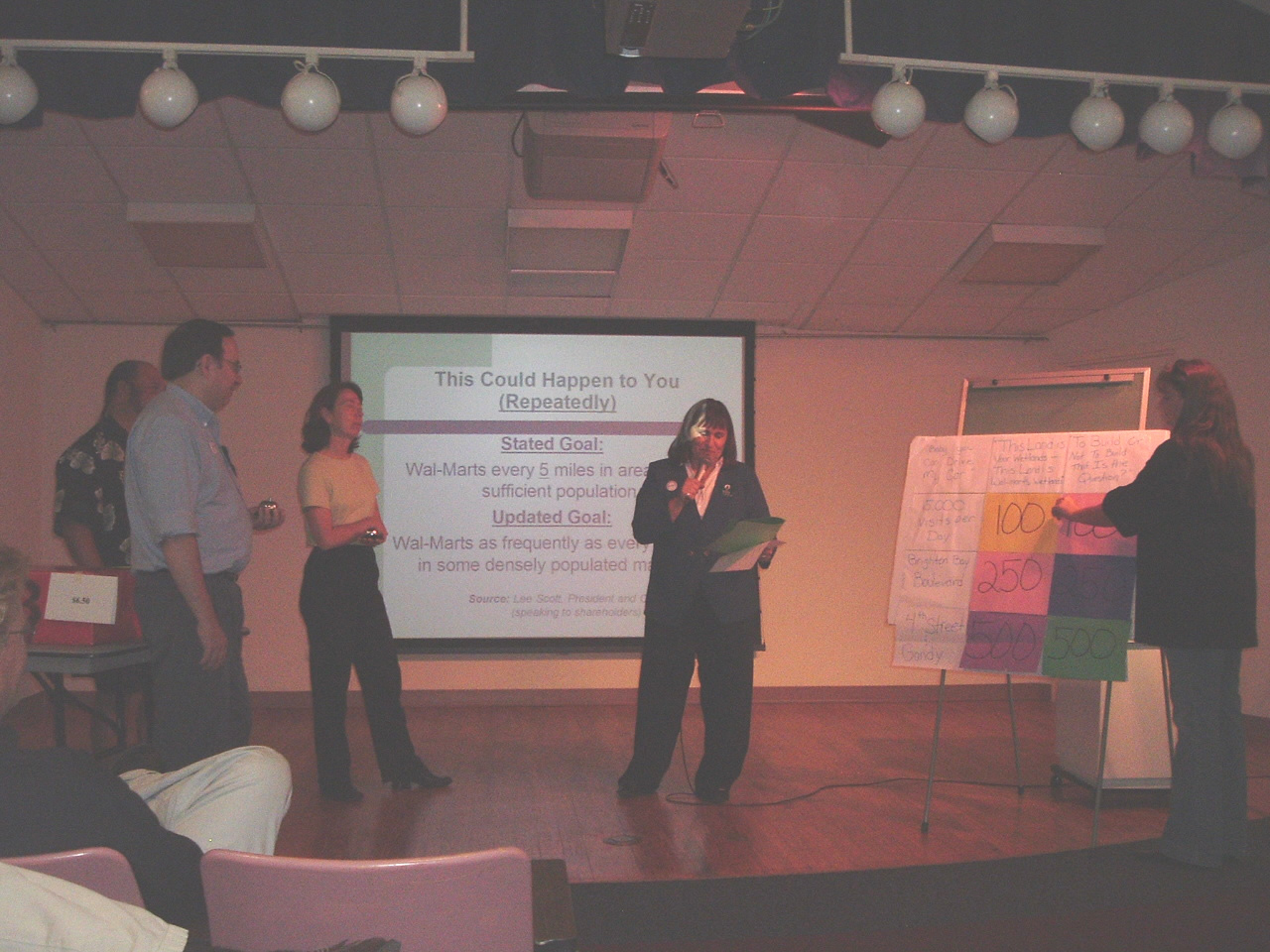 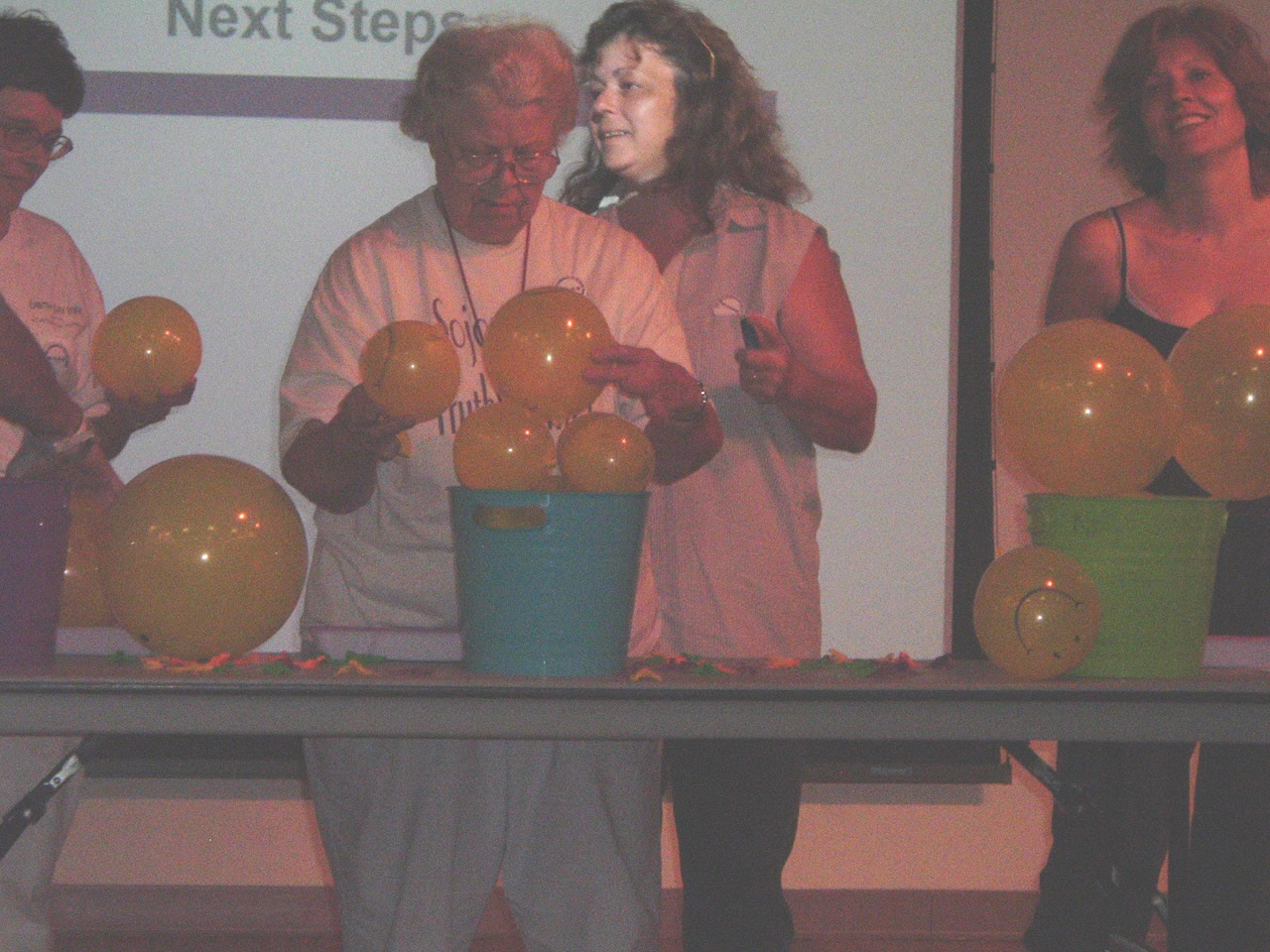