Lafayette There’s no place to lay your head in Baton Rouge at this point. We could have collapsed on the floor of the hall, but having no shower makes it not a favor to comrades and friends working cheek to jowl not to see to that as a major priority. Barbara Faherty, our crack controller, had managed to find what must have been the last rooms in Lafayette at the Best Value Inn.

When we arrived after 9 pm on Sunday, I first confronted a hand printed sign on the door saying that they were totally full and that no reservations would be honored. Speaking to the young woman manning the fort, I felt lucky when she still retrieved my name from one of her lists. Getting the room, I was surprised to find that even though the green light went on, the door was latched from the inside! A youngster was stretched out on the floor between the beds, eating Doritos, watching TV, and having the time of his life. He claimed he was ok there until later.

Back at the front desk, we found another room even closer to the freeway, where no one had checked in, and, “…if I wanted, I could give it a try.” Luckily, this room was empty, so we were home free!

My next trip to the front desk was for towels, since there were none. It had been rough at the Best Value Inn, so she apologized for giving me all hand towels, but, hey, all of us have made do with less than that, so I was thankful for them.

In cities there are hot sheet motels. On American highways, like I-10 there are a lot of places like the Best Value Inn that are just plain workingmen’s motels. They have replaced the boarding houses of a hundred years ago and the bunkhouses and company camps since then. Getting out to job at 5:15 AM this morning, the parking lot was full of men milling around and getting gear in their trucks. Some of the young families were saying good bye, having rendezvoused with them for the Labor Day weekend. Spanish was in the air. These were men on their way to do hard jobs. Construction, cleaning, turnarounds, hurricane repair, and who knows what else. The next re-birth of New Orleans may see Spanish spoken from Mexico rather than from Central America, especially Honduras, where we were the largest way station from that country, as crews way to add labor in coming months to the massive job of rebuilding that, we hope, lies ahead of us.

At $39.99 per night and “pets,” the Best Value Inn is home for now, until we can somehow cadge a place closer into Baton Rouge. Leaving at 6:30 AM, we were lucky to make it to Greenwell Springs and the hall before 8:00 AM.

In the meantime for now this is home at least for now, just like it is for a lot of other workingmen and, working women of our operation at least, until something comes along better. 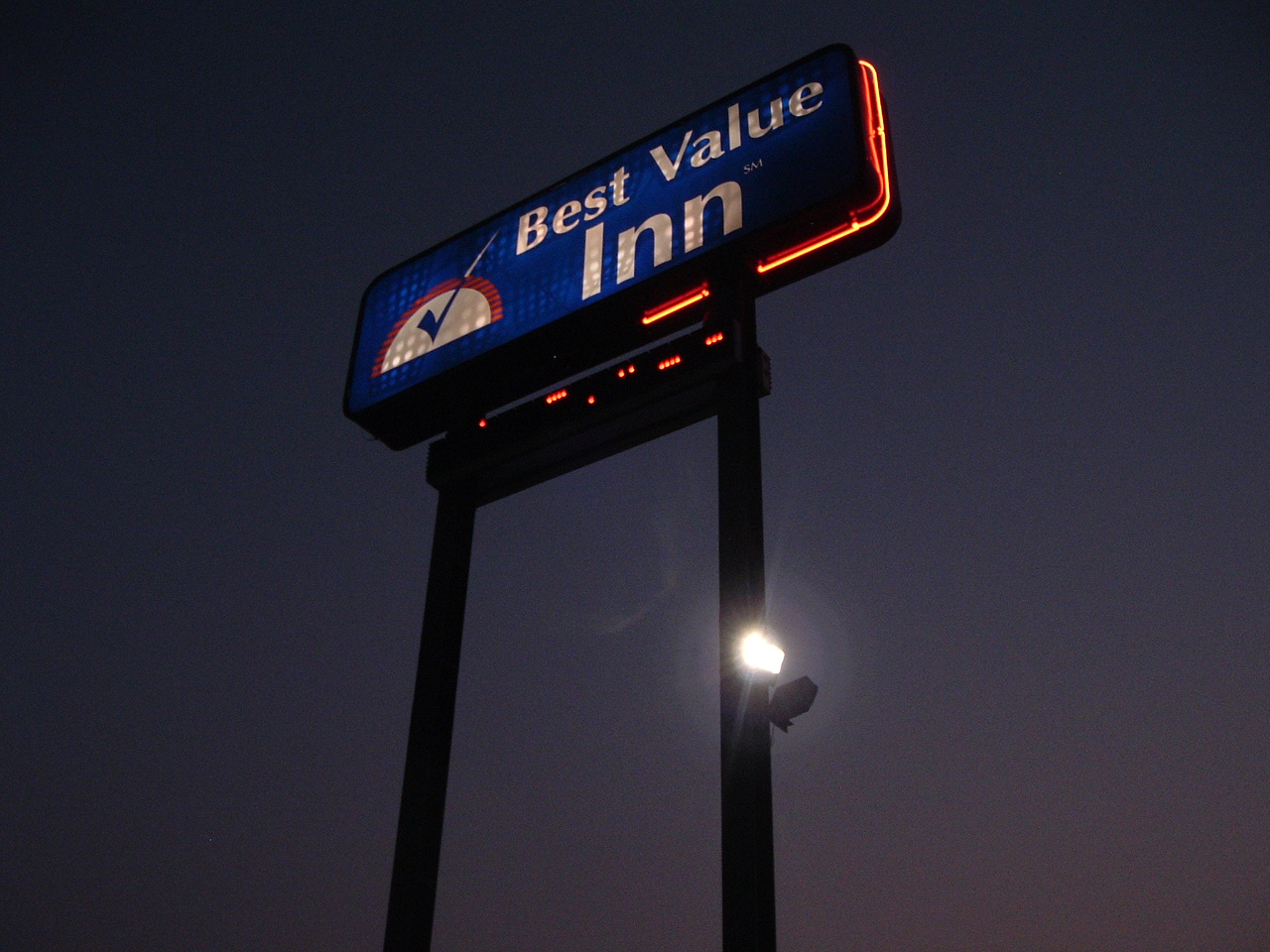 The Best Value Inn before dawn
Home through a construction truck 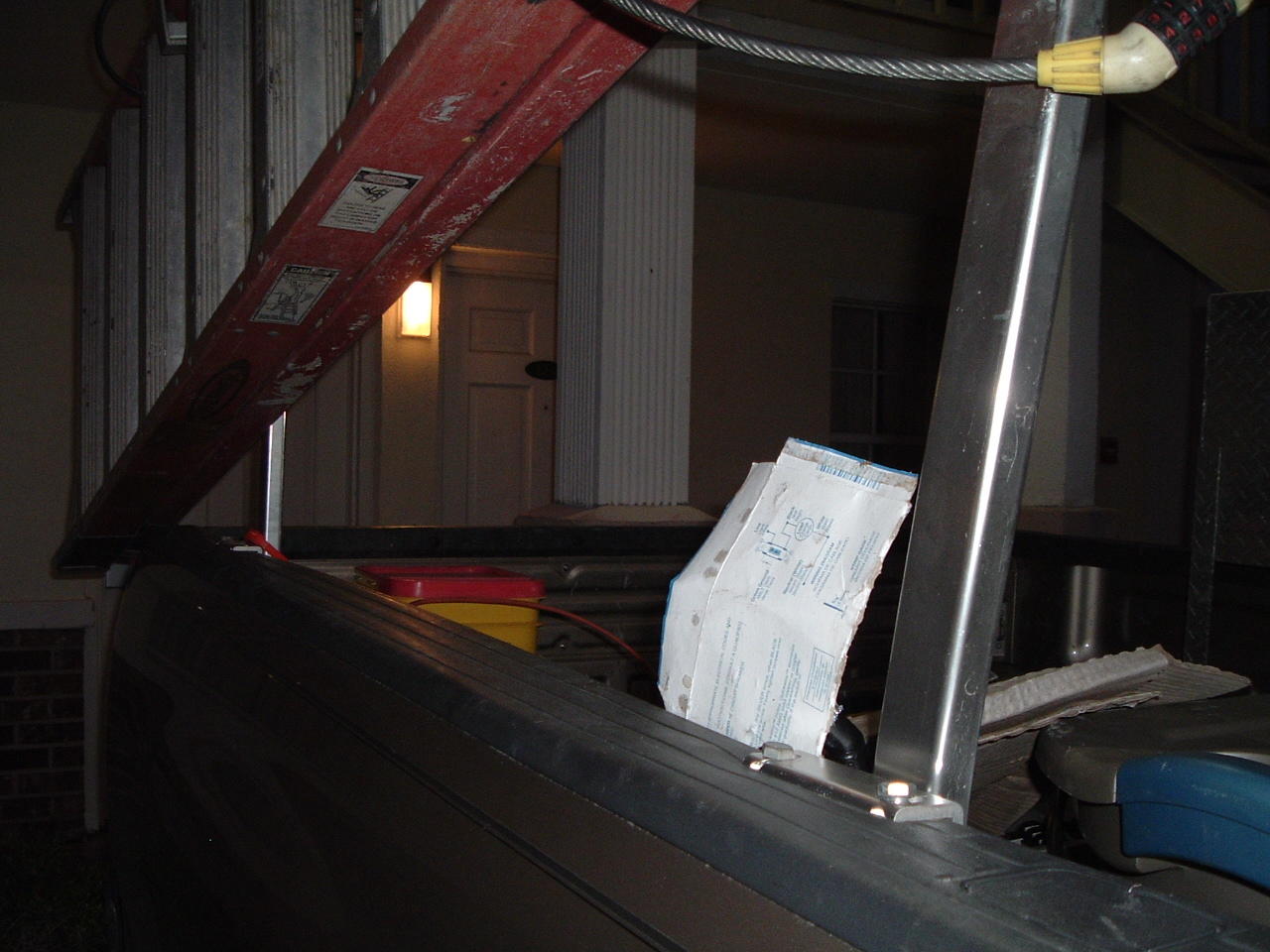