Dallas              My brother used to talk about the “architecture of the day” and why it was important not to allow it to be disturbed or unraveled.  It is an interesting existential jumble as the last bits of order leak out of life.  It is disorienting in a strange way.  One forgets to eat.  Sleep is strange and troubling.  One is surprised at how dark it suddenly became at six in the morning.  The calendar is no longer one’s friend as days run into each other.  We adapt.

Yesterday I woke in Lafayette.

We drove through the traffic to Baton Rouge at 6:15 am.  Traffic has become horrible in this normally fairly sleepy capitol city.  Locals are putting a good face on it, but you can tell that many feel it’s about time we went home.

Army helicopters in twos, threes, and fours are constantly buzzing across the interstates and down the river ways.  Always, like the convoys, headed south.  We now have two kinds of convoys:  brown and green.  The interstate system was built for them by President Eisenhower, but 50 years later they just lumber, as miles of cars and trucks slowly wend their way around them.  The brown and beige equipment is brushing the sand of Iraq off in the wetlands of Louisiana.  The green ones almost seem quaint.

Soldiers are quoted in the paper with comparisons between Baghdad and New Orleans.  New Orleans is not coming out well in these surveys.  One stares blankly at front page pictures of drawn guns, jeeps, house to house searches, and all manner of scenes that just don’t add up.  For the first time I think about where Orell’s dad’s old rifles were, whether or not they work, and whether or not I will have to be armed when I go home, and for how long.

Eighty miles away in Baton Rouge in the security of the windowless, bunker that is our union hall and community offices, we are now working.  More equipment, people, and systems are up every day.  The hall is across the street from a school.  Greenwell Springs is a busy road.  We have an acre of property.  Nonetheless, when I got in Baton Rouge one could still see the fear my staff’s eyes and hear it in their voices.  Before 8 AM I met Melvin, who is now our security guard.  Melvin is slight and unarmed.  He’s from Chalmette in St. Bernard Parish, south of New Orleans.  He has lost everything.  It is a stretch to see Melvin as protection, but he is security.  For a while he will be cheap at the price.  We visit early in the morning and both comment that we feel lucky that at least we didn’t lose our jobs.

Pat McCoy had driven a van full of supplies, computers, and other equipment from Houston the previous night.  Yesterday the trip from Lafayette to Baton Rouge, normally hardly an hour, took him 3 1/2 hours.  He was lucky to make it shortly before noon.  On a quick turnaround within 20 minutes we were back in the van and driving to Houston.  We spent a good deal of the trip on mobile phones as they worked intermittedly.

At the Texas border we pulled over to switch drivers.  The welcome center had a hundred or more port-a-toilets still lined down the road from the building.

In Houston I met the rest of our New Orleans staff in national operations, communications, and other departments as well as national staff we had bailed in from Wyoming, DC, and elsewhere who had parachuted in to help out.  We had picked up Max Pike, the young, strapping 18 year old son of good friends from San Francisco, who had come in to help any way he could.  You make decisions in 2-month frameworks, unclear what that might really mean.  Some problems you just throw money at.  You say not only “yes,” but “thanks!” when our partners at Ameriquest give us a block of rooms for our people, saving the two or three hours every morning rounding up the crew from rabbit warrens throughout Houston.    Max set up my new phone with the Houston area code so I could finally get calls reliably since my two 504’s were still so sketchy.

Organizers are on the ground in Houston, Baton Rouge, Lake Charles, and elsewhere talking to evacuees.   ACORN Housing’s first wave of ten housing counselors got on the ground yesterday at the Houston convention center, so they could begin dealing with all of the questions and issues faced by families confronting their finances — credit cards, bills, mortgages, and everything in between.

Ginny Goldman, Houston’s office director, meets with me and briefs me on the daily meetings Mayor Bill White has every morning at 8:00 AM.  There is generosity, but there is inequity.  One company will offer gas cards, and that’s good.  But, there will only be enough for so many, and that’s bad.  And, there is no system for distribution, so that it is fair, and that’s an outrage.  Say the same thing about loaded debit cards, provided by a major bank.  There is so much “this and that” going here and there and no way to explain why one person is lucky and the other busted.

Communications and coordination are the foundation blocks to begin to triangulate Houston to Baton Rouge to the rest of the operations and now even to DC where another team had to begin the sharp elbowed work under Lisa Donner, our public policy director, in order to translate the demands of the evacuees organizing to policy and politicians at the national level.  Start the daily meetings to bring order to the world, while the work falls into place.  Begin conference calls of the essential participants so everyone is up to date and on program.  Round up the strays, built the corrals, and stop the stampede.

I caught the last plane from Houston to Dallas.  I was selected for screening.  The ATSA personnel were worried that the sunflower seeds and what not in my bag were all I had to eat.  I assured them, that I would be fine, but reading the papers finally on the planes for the last two days, I wondered how long our own private Iraq would last. 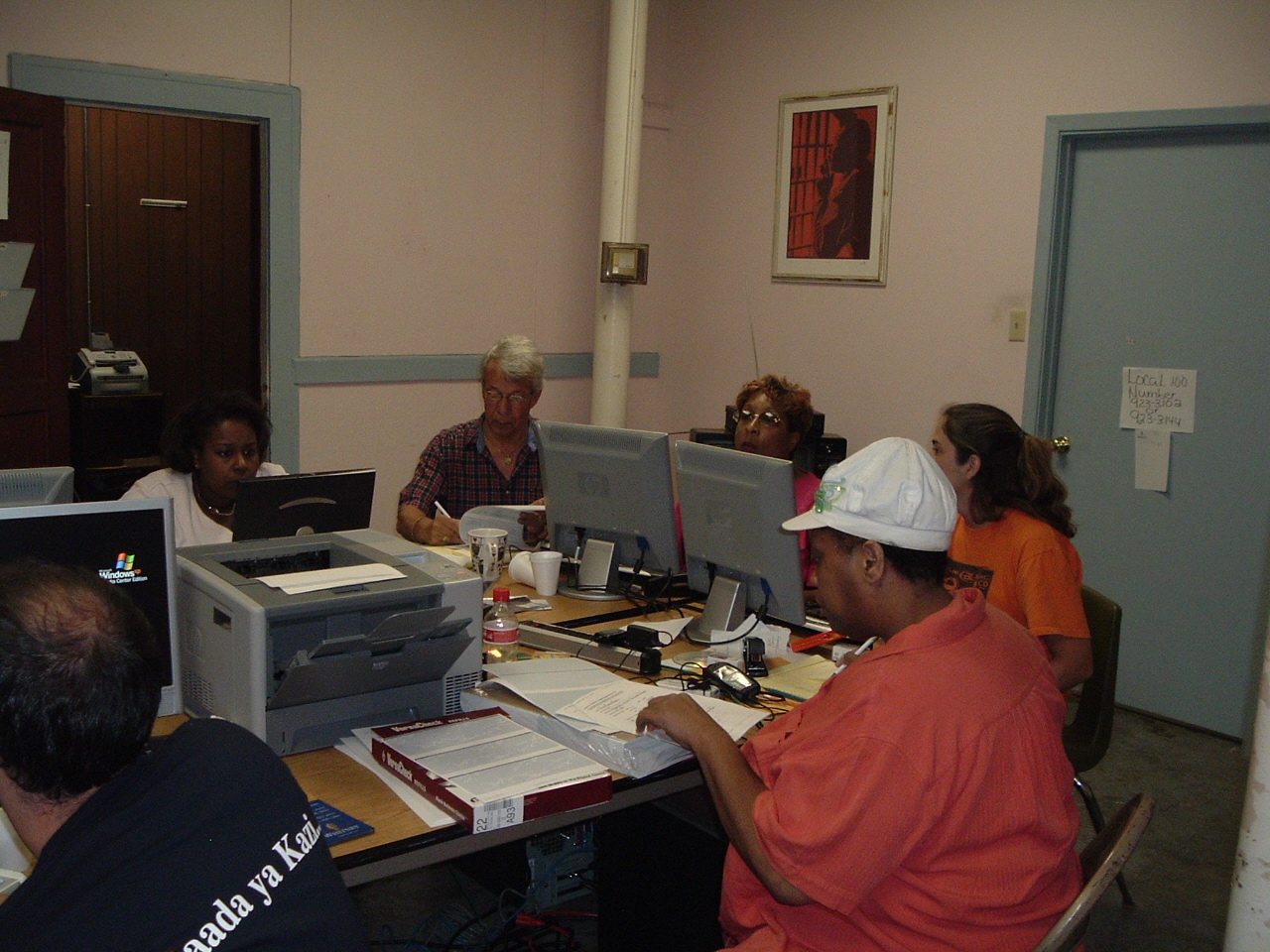 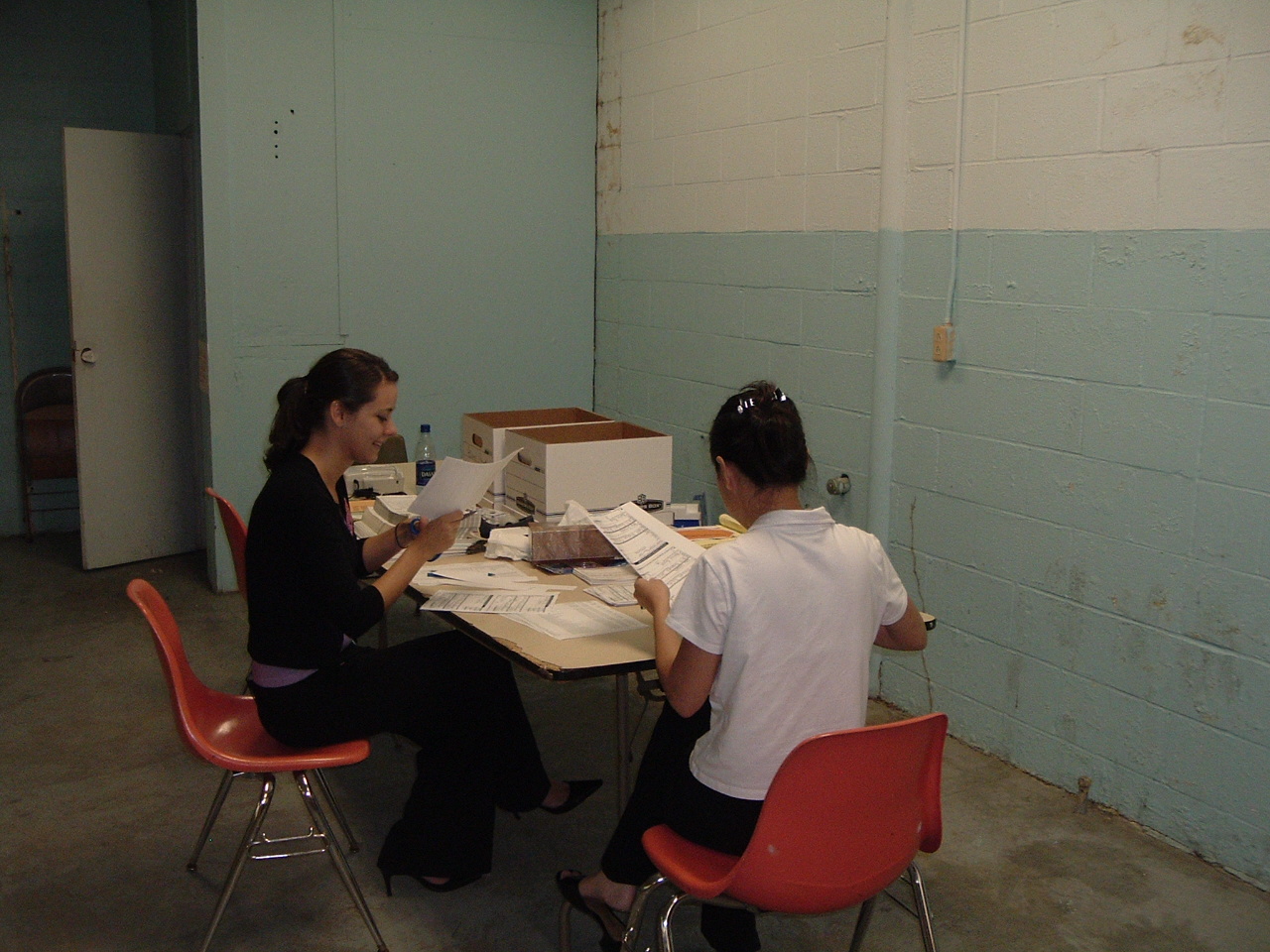 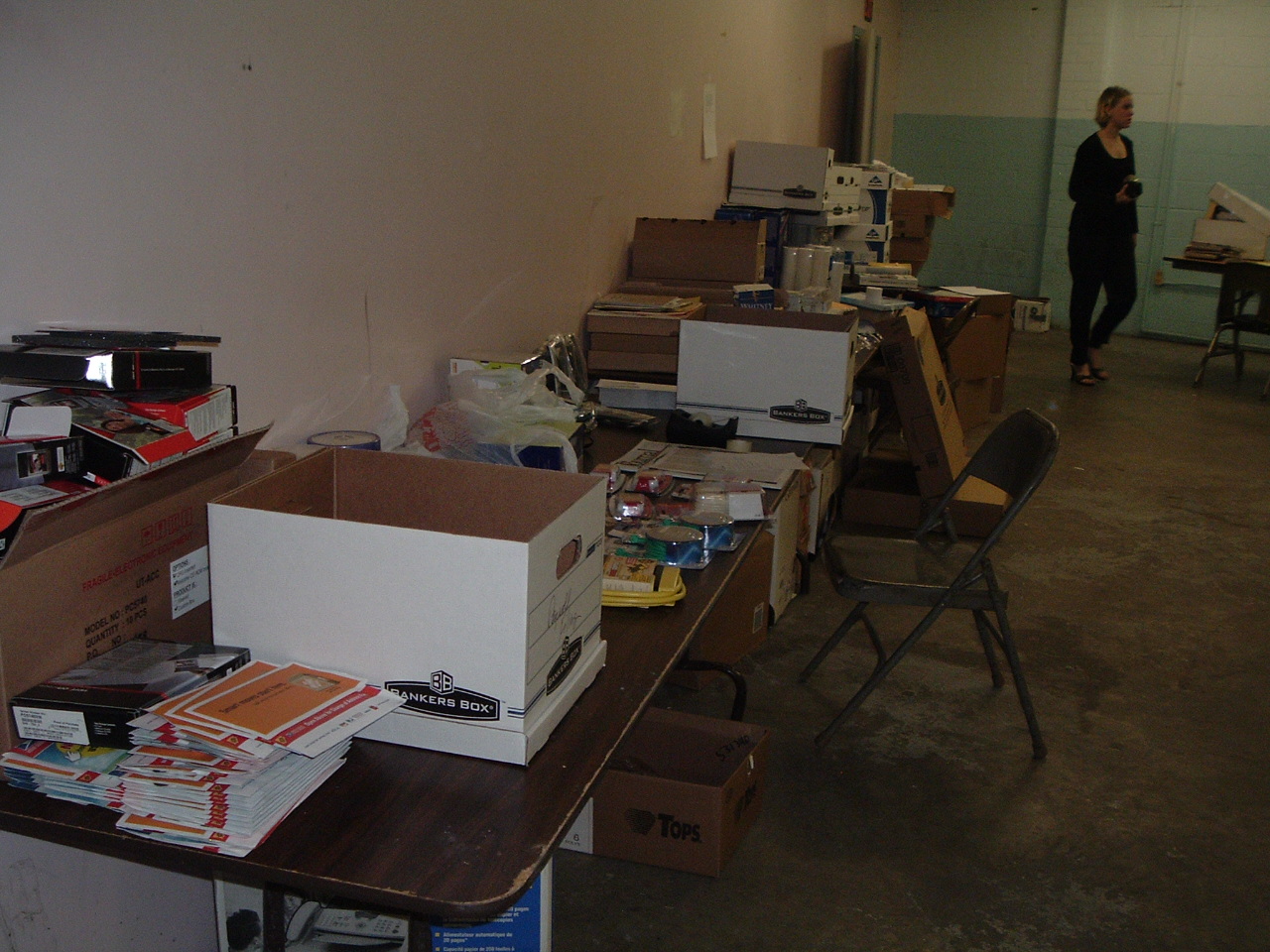