New Orleans     We are now ten (10) weeks past the hurricane. Progress in the restoration of the city though can only be measured in baby steps.

At least half of the city still has no water and power throughout mid-city, the east, the 9th ward, the 8th ward, Lakeview, and Gentilly.

This weekend more people were in town yet again, so there was more evidence of clean-up, but still all in dribs and drabs measured largely in the piles of housing guts — wallboard, insulation, carpets, and fencing — pulled to the street.

Finally, there were some other signs of life from FEMA. We saw the first blue tarps with FEMA stencils on the roof. Several were in the Lake Oaks neighborhoods of nice houses across from UNO. FEMA seems to have gone door-to-door there asking who needed roofs. We even saw one on St. Claude in our own Bywater neighborhood late on Sunday. Port-o-lets had been dropped every two blocks in Gentilly from the Lake to the interstate to facilitate cleanup in this area without any facilities. A small FEMA trailer village had popped up off Franklin Avenue next to the locked Franklin Avenue Baptist Church, which was the largest African-American Southern Baptist Church in the country before the flooding. It looked like there might be 30 trailers in this one square block public park. This would help. Similar trailer villages seem to be on the drawing board elsewhere. A neighbor near the park at St. Roch not far away had heard 80 trailers were planned for the public park there.

Two steps forward, one step backward. We ended up not being able to stay at our own house because it was now a construction zone with the dust and smells that go with constant work, making life there impossible. We had last stayed with my folks some 25 years ago before children when pipes broke at the old double on Burgundy and we had to wait for the repairs. Now in the new frontier of our city, they were gladder to have us now. I washed their cars on Saturday night after coming in from Los Angeles. There were a lot of ways to be helpful now when you were homeless.

The annex to our people at 1016 Elysian Fields is reopening Monday after 10 weeks as a workplace for staff, even though still facing some communications challenges. We are shutting down our space in Houston and relocating the communications department back to New Orleans along with most of the legal department, web people, and some others along with a couple of New Orleans ACORN organizers working on the West Bank to rebuild the ACORN base there. A form of borrowed internet is up and running and better is on the way. No phones and no idea when there will be phones. This is classified as a “red” zone which means there is no timetable.

The race goes to the fleet in so many of these areas. Driving on Franklin, and turning into our neighborhood, we saw a panel truck with a Bell South stencil on the side. I blocked the street with the huge Suburban, while we talked to the phone man about the odds of getting a phone running at our house and next door for Super Scott. Once the promise was extracted we let traffic go on. Talking to the phone guys, it turned out they were looking for work, because they were stuck. Phones were possible from Elysian Fields to the Industrial Canal and the River to St. Claude in virtually all of Bywater and half of Marigny, but few places elsewhere. We were on lines that had not been flooded. Where there had been flooding there was a long dry out process, and it became clear that in most areas they were going to have to lay new fiber optics cable. What was coming would be state of the art, but when it would be there was a huge question. The office and my folks — and half of the city — would be stuck in this quandary. By night we had phones at the house. The guys had worked through the rain to make it happen.

We heard the sister of one of our organizers was having problems getting a tarp or roof up near St. Roch. We tracked down Super Scott and hauled him over to make the estimate and get this moving quickly to save the day. Their house had gotten a couple of feet of water. A single, it was now cleaned out and ready for work. The floors had separated without buckling. The sheetrock would have to go about 4 feet up. The work would be straightforward. They were worried about the environment for a baby less than a year old, but this was all work that could be done quickly. We could see them back before the first of the year. They had been lucky. She was called back to work at Touro Hospital — one of the only ones working in the city — and had gotten the job because she was willing to come back. They had a store, which was limping back into shape.

They worried that the elderly on their block would not be able to return. One needed help and hookups in the “new” New Orleans. Without them, it would be hard to make it.

They were right to worry. In these days of two steps forward, one step back, almost anything can turn you away. 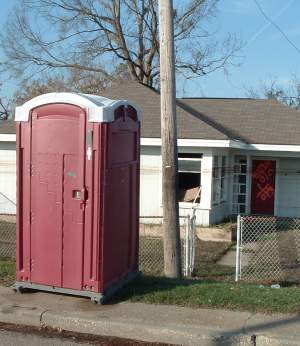 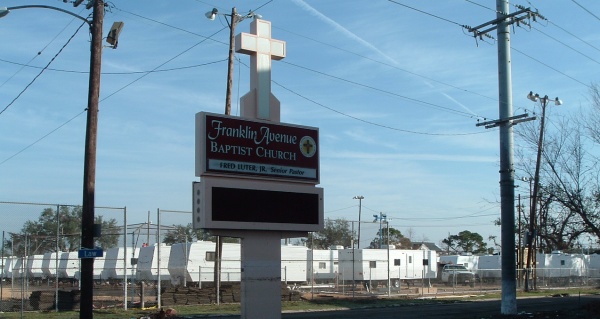