Los Angeles     My day started early in New Orleans looking at houses in the 1200 block of Desire Street, a couple of blocks from St. Claude. Not much water, but there had been one roof after another blown to smithereens. Shortly afterwards three young fellows from Common Ground climbed up one of the roofs to try to fasten a blue tarp. Turned out it was the wrong house, but they were right — all of them needed one, so it hardly mattered.

Before nine while waiting at our building for our architect, reviewing the work on various job sites with Super Scott, I asked him why all of the FEMA contract dump trucks were still hanging around at the staging area in the grocery store parking lot across the street from our building on Elysian Fields. He didn’t know but he allowed that the day before there had been a wildcat work stoppage by most of the workers over there around pay. The basic issue was that they were not getting any! Checks were late for some reason or another, and finally the broken promises of the company had fallen flat and the men just turned the trucks off.

The more we talked about this and that and occasionally let our eyes wander across the street and up the neutral ground, the more clearly we could see knots of men huddled here and there. Whatever had happened yesterday had not been resolved, because clearly this was the 2nd day of the wildcat. From time to time we could here some cursing. A little later there seemed to be an impromptu meeting of about 40-50 workers huddled in the neutral ground up the block from us.

I was sorry that I had a meeting and then a plane to Los Angeles to talk about Katrina at the Radisson Wilshire to the DSA national conference being held there. This was the kind of mess that one knew would become common.

This problem was about contractors and one day — though it might be years — the contractors would be gone. The labor shortage in the city would remain a lot longer, and this would give workers in New Orleans a window of opportunity, if we could just seize it now.

Reading the New York Times on the plane underlined the problem because they had a story about the worker shortage and the increasing wage spiral in Friday’s paper. There is something sweet about seeing Boysie Bollinger, the right-wing Republican shipbuilder, who is on Mayor Ray’s whitewash committee, whining about having to walk away from a $700 Million contract because he knew he did not have the workers. He had fought us tooth and nail when we voted for a $1.00 an hour wage increase in New Orleans on the federal minimum, and now he was squeezed by a 20% or higher jump in wages that was busting his bids from high water to hell. He could not compete with $10-12 per hour fast food workers who were getting $6000 a year signing bonuses for a 1-year commitment. This would be a new New Orleans!

The hospitality industry will feel the squeeze next as it gears up to reopen. This will not be a minimum wage industry anymore.

The challenge for us is whether we can take the anger I was watching in the neutral ground on Elysian Fields and turn it into agreements that build the union. 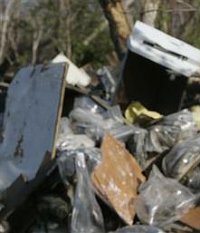