Monterrey, Mexico      We stopped at a CITGO (the Venezuelan gas company) in El Refugio, Texas between Houston and Brownsville.  El Refugio may have a sign as you enter the town noting that this was the home of Nolan Ryan, the great fireball pitcher, but it’s not anymore.  Now everyone was either going towards Mexico or coming from Mexico.  Walking into the gas station at the checkout counter I ran into an organizer with his ACORN t-shirt coming out, who could turn to me, shake my hand, and say, “Hey, Wade, did you take a wrong turn — New Orleans is the other way?”

In the parking lot I talked to Juan and his father Lorenzo in a combination of my broken Spanish and their broken English.  About what?  About roofing in New Orleans.  They had both been there right after the storm.  It was too crazy, so they had left, and their big question was whether or not the city would be working and getting roofs on after the 1st of the year?  Both of us just wanted to get to Mexico and get away from New Orleans for a little vacation.  I just shrugged and gave them the address of the office and told them to show up at 7 am in the morning, and ask for Super Scott.  That’s the drill.

In Monterrey we stepped into VIPS for a cup of coffee this morning.  VIPS and Sanbornes are two “Americanized” places in Mexico, but it was the closest place we saw.  The waitress, Magdalena, was as sweet as she could be, but my daughter and I both did a double take when we saw that under her name tag it said — “Wal-Mart.”  Huh?!?  What’s up with that?  We asked the question quickly in a couple of languages.  It seems that Wal-Mart has diversified in Mexico and now owns VIPS, too!  Just another step in its increasing dominance as the largest private employer in Mexico, it would seem.  I wonder if they would acquire such a visible and well placed operation in the USA?

You can try to take some time off, but one has to go a long, long way to escape the work of Wal-Mart or the work and worries of Katrina, it seems. 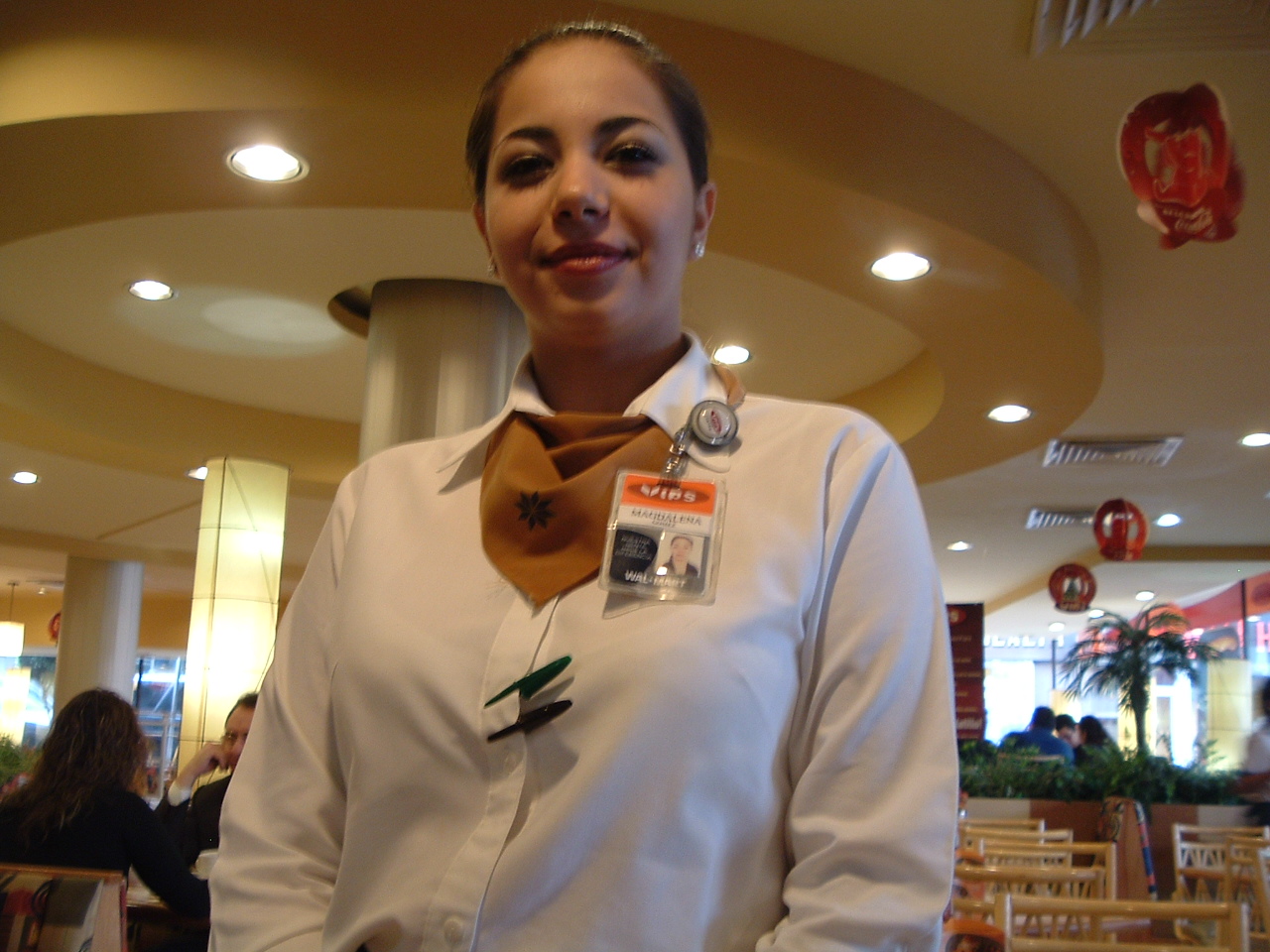 Magdelena, a waitress at VIPS in Mexico now under Wal-Mart ownership
Magdelena’s name tag with the Wal-Mart logo
VIPS sign showing Wal-Mart as the new owner 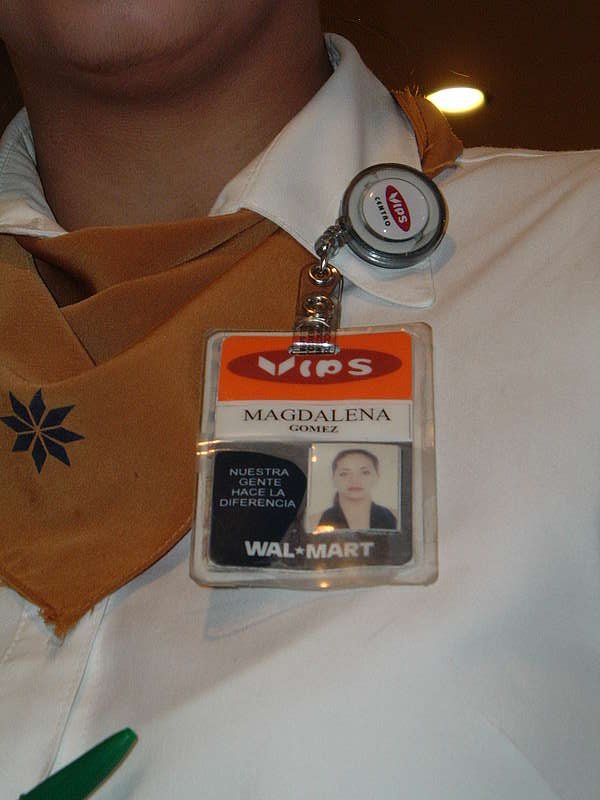 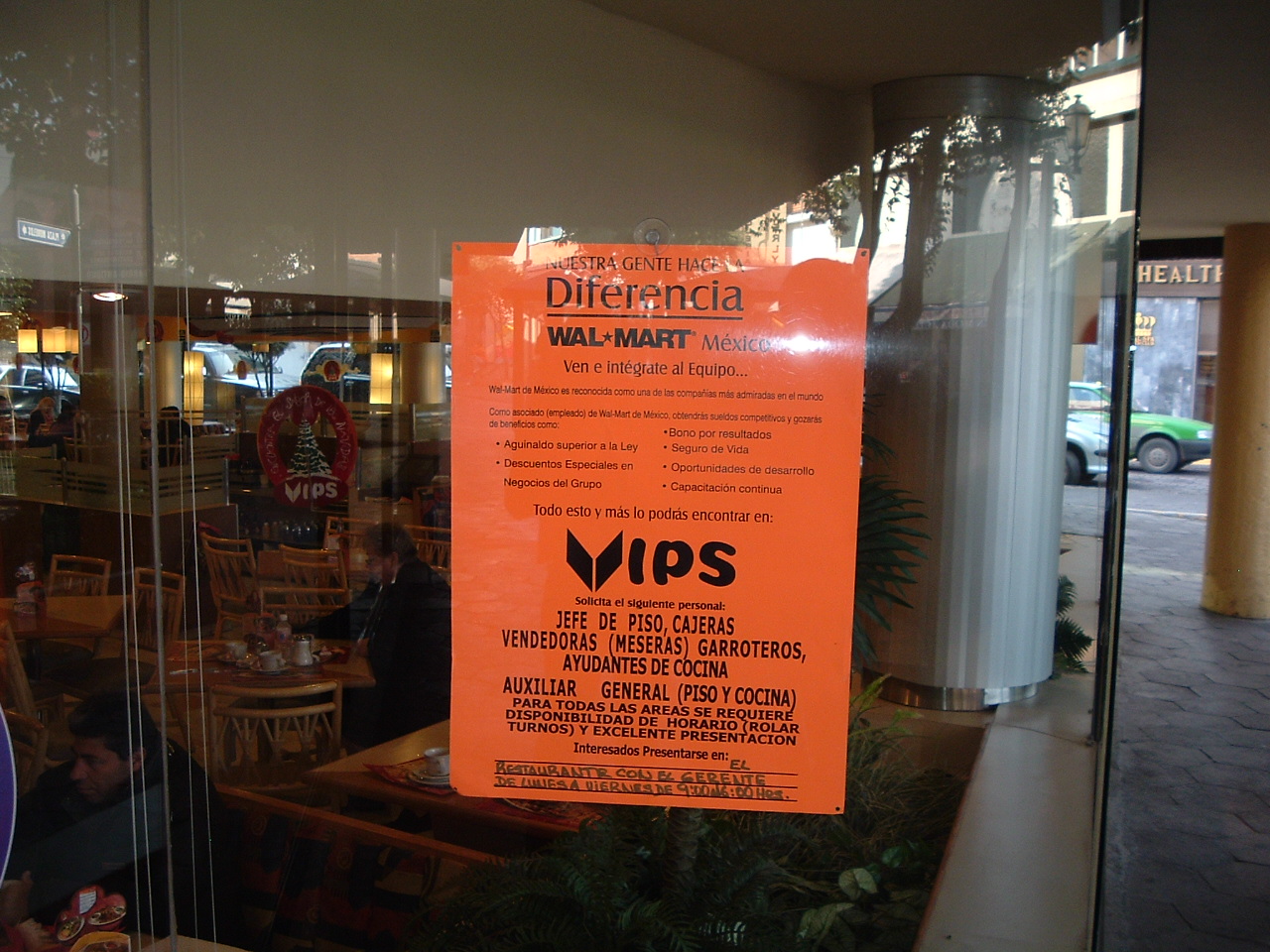