Monterrey       CNN mentioned a Wal-Mart manager being fired in Bradenton, Florida for racial profiling of an African-American businessman.  Wal-Mart says in effect: this doesn’t happen here.

Something rings a bell.  I consult with Organizer 5, who had worked the Bradenton area with her team.  I mention that a male manager was fired and the reasons.  She checked the articles on line in The Ledger.

Sure enough the manager was Mark Cornett, and the organizers from the Wal-Mart Workers Association knew all about this guy!

Checking her organizing notes, Organizer 5 found the entry from October 12th of a wild story they had heard from workers about an incident that had happened on October 4th with Manager Mark:

– XXXXX tells us about an incident in the store last
Tuesday in which a young African American boy was caught
stealing from Wal-Mart.  Two managers, including Mark,
tackled the boy while Mark held him down with his foot on
the boy’s neck and proceeded to take the boy’s pants off.
Veronica said that many customers were angry about the
incident.

The manager was ostensibly looking for whatever had been “stolen.”  And, he dealt with the situation in the way that Wal-Mart managers are allowed to operate:  by any means necessary at least within the range of the of the Bentonville bible.

The paper had a picture of the businessman.  The company, the article said, wouldn’t let the guy talk to the employees.  If they did the employees would have a story to tell, just as Organizer 5’s notes indicated.

This is what begins to happen in a closed and captive culture bred by Wal-Mart.

Without an organization like the Wal-Mart Workers Association workers wouldn’t have voice to push the truth forward.

Now, it all has to come out. 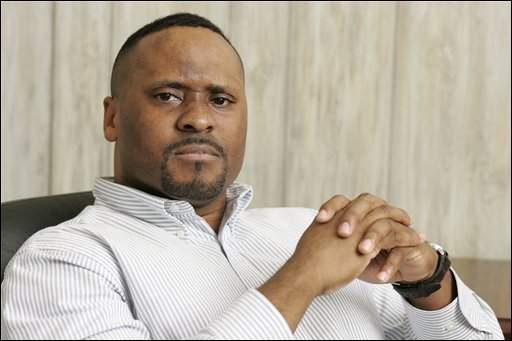 Reginald Pitts, businessman and victim of racial profiling at a Florida Wal-Mart