New Orleans    The ACORN Executive Board meets in New Orleans every January and was adamant that they were going to be meeting in the city this year to re-open the office and try to snub their nose at Katrina. The office looked good physically. The construction and rehab on the building had come in well and on-time. The 1st floor had a semblance of order after its fashion. The 2nd floor was still a work in progress. The Board walked out in the sunshine over what was a backyard during their last visit and now was a cleared construction site for what would eventually become their new headquarters over the next year.

The progress they saw in our building was not matched by the depression they felt as they drove through the neighborhoods. This is becoming a familiar reaction from visitors. Four months and counting, they are surprised at how bad it all is and how little has been done.

Maude Hurd, ACORN’s national president, was the first out of the truck to greet Beulah Laboistrie, Louisiana ACORN’s venerable leader from New Orleans, as people gathered around with Mrs. Ord, the ACORN member whose house would be the 200th property cleaned out over since mid-December in the ACORN Clean-out and Demonstration project. Our crew of Latina, Vietnamese, and African-American workers was sheathed in their tyvek suits with breathing respirators. We have several crews working daily now, so this was old hat. Students from Sarah Lawrence College with their professors, led by Dean Hubbard, were part of the mix — they had been helping on other houses over their winter break. Other students from Cornell were working with another crew elsewhere in the upper 9th ward, while the Board was here.

There are perhaps 100,000 houses in this condition. ACORN has been focusing on four of the hardest hit and endangered areas, the 9th Ward, Gentilly, New Orleans East, and Hollygrove-Upper Carrollton. ACORN is trying to do up to 2000 houses and cluster them wherever possible to first save the house, and then set the table for rebuilding in these areas.

Every day there is a line of people now at the office begging for the help.

It’s a bet we are making for the future, but we’re trying to lower some very long odds. 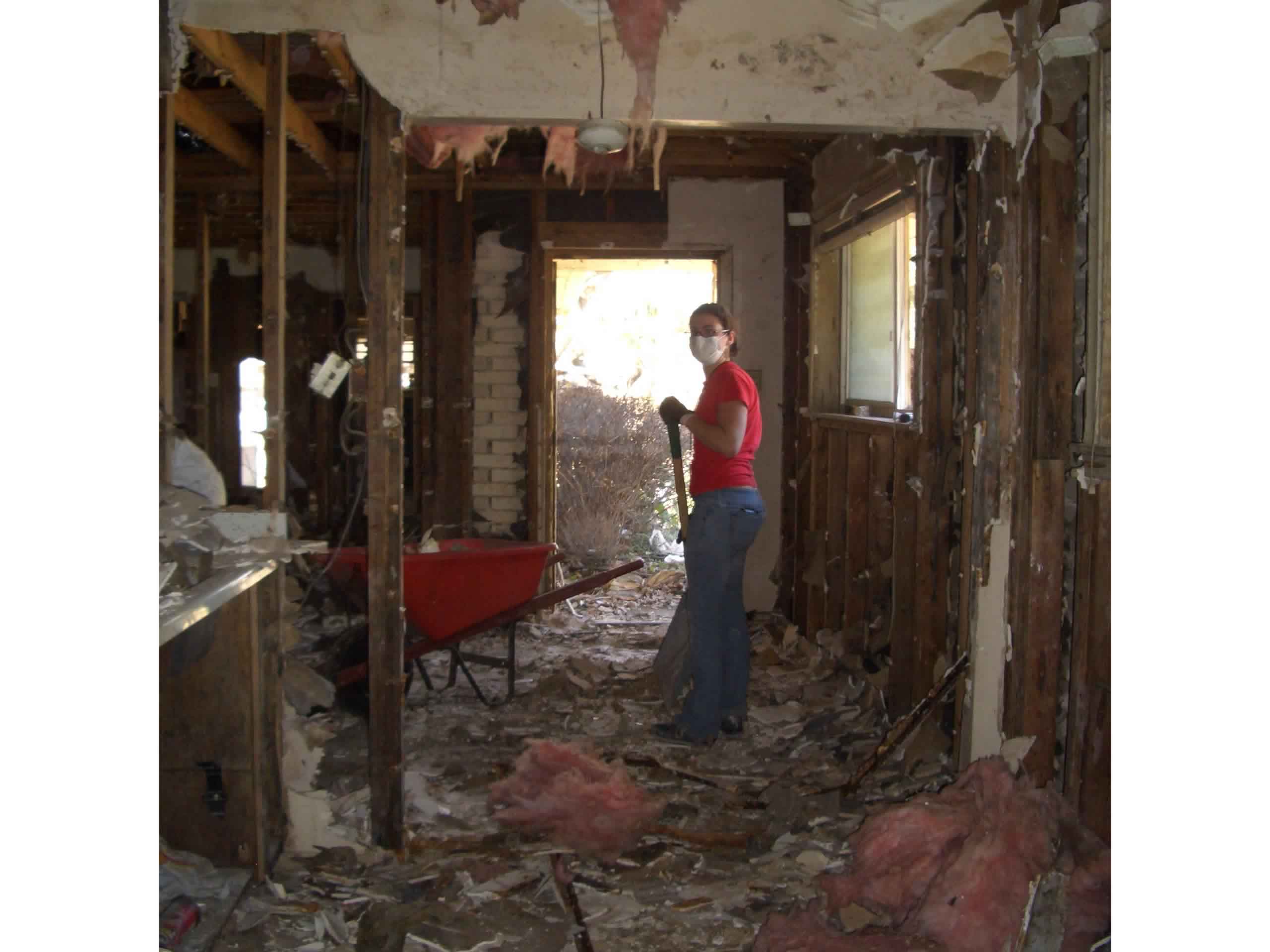