New Orleans        Donna Brazile is good people.  Her aunt, Ethel Henderson, was Local 100’s Chief Steward in the Jefferson Parish School System before she retired.  She’s been to a mess of leadership trainings and even some ACORN conventions.  She’s not strictly a New Orleans girl, because her people mainly stayed in Kenner in Jefferson Parish, but “same same” when it gets the job done.   We don’t gossip about Donna.  We give her a big hug and ask about the family, but in the Washington Post the other day, Donna and ACORN were joined at the pen-signing hand.

Donna Brazile’s father, Lionel, only left Louisiana twice in his life —
first to the Korean War, then to a San Antonio hurricane shelter. Both
times, he likes to say, the government picked up the tab.
Now he’s itching to get back to their home town, New Orleans, Brazile said,
but his family doesn’t think it’s safe for the widowed 75-year-old to return
to a wrecked neighborhood.

“You don’t know the tricks we’ve played to keep him in Baton Rouge,” the
Democratic strategist said. “We found him 20-year-old girlfriends! I tell my
sisters, ‘Go find him another nurse.’ ”

Brazile spoke with rueful wit about how Hurricane Katrina scattered scores
of close relatives across eight states at a Wednesday night gathering at the
Capitol Hill offices of Democratic consultant John Jameson. Money collected
at the small fundraiser benefited Katrina rebuilding efforts by the
nonprofit ACORN.

Over king cake and hurricanes, Brazile said she’s been hearing from Katrina
exiles stranded as far as Montana, trying to figure out how to make “bison
gumbo,” or begging her to mail some red beans or pickled pork.
“They want their coffee with chicory,” she mused. “People want their food
back. They want their city back.”

Thanks for always remembering the rest of us down here in the swamp, Donna!

While I’m at it the USA Today covered a piece the same day and gave a shout out to a bunch of alumni from Princeton, so let’s join in a boola-boola or is that another school?

On the opposite coast, a group of Princeton alumni in New York City will be
donning feathered masks and beads on Fat Tuesday as they raise money for disaster-relief efforts sponsored by the Association of Community Oganizations for Reform Now.

Thanks to you, too, whoever you are?!? 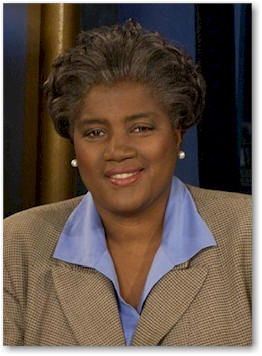 New Orleans    Craigslist is an interesting story.  A guy — Craig — in San Francisco develops this free thing there and then in a couple of other cities and now in mess of places where people can post up information for jobs, apartments, trades, and just about anything.  It’s free.  There’s no length.  It’s unedited.  It’s a great, innovative service.

My daughter tipped me off about craigslist about a year or so ago.  We ran ads for the Wal-Mart organizing campaign on craigslist in Tampa-St. Pete and in D/FW with a high level of confidence that this was a pretty secure way to do so without tipping our hand.  When we were desperate for housing after the storm we stalked the site for housing.  I rented an apartment to folks working in New Orleans on hurricane relief and only ran the ad on craigslist.   I’ve told people about it.  I’m a fan.

So, I was disappointed to see that craigslist was sued by the Chicago Lawyers Committee for Civil Rights under Law for violating the Fair Housing Act of 1968.  I wasn’t exactly disappointed that they were sued — it actually looks like they deserved to be sued, but I was more disappointed that their spokesperson and CEO, Jim Buckmaster, who Craig hired to come in and keep the list independent, came off as such a sniveling, spinning corporate jerk on an issue so fundamental.

Seems the issue was straightforward.  Some of the unedited ads say that they don’t want to live with Arabs or African-Americans.  No-no!  Can not say that!!!!

Daughter also told me this morning that craigslist is also relentlessly homophobic as well.  Is that hip?  I don’t think so?

Buckmaster gave a lead-footed response saying that craigslist posts 2-million ads for housing per month — more than all US newspapers combined — and despite the fact that it is pulverizing the revenue base and business model of newspapers, wanted to claim that they are not a newspaper, so it’s all cool.  Hey, Mr. Buckpasser, did you forget that in fact here in this country it’s in fact not cool to discriminate for any reason.   Then Mr. Buckpasser in a classic corporate move for something that is supposed to be lean and mean, said that they are self-policed by their readers.  Somehow the readers are supposed to keep them from being used as a tool — of whatever type and description — to discriminate.

Buckpasser, call google.   Get them to tell you how to send you an alert every time they see the word African-American or something similar on your site, and then get one of your 19 folks to pull that baby off and straighten them out.  Hey, pay, google a couple of dimes to get it done.  Or figure it out yourself, smarty-pants!  Ask Craig for goodness sakes, but fix this baby! 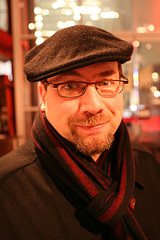 Hey, Craig, stop the Buckpasser and get on it!