New Orleans       After my father retired twenty years ago, he bought something we called the “beach house” in Waveland, Mississippi about an hour’s drive from New Orleans.  He owned it for a dozen years or so, and finally took his own counsel, decided that the family did not use the place enough to justify his increasing distaste for the weekly drive to mow the grass.  Working the place had offset its other many pleasures, so he suddenly sold it without discussion or comment, and seemed surprised that there was an outcry though clear that no reconsideration would be conceivable.  It was after all his place.

To reach the beach we would cut through a stand of pine trees on a couple of vacant lots and then trudge down the road lugging our gear the equivalent of several blocks (if we had been in a city), and then cut along the beach road until our feet hit the sand.  When the casino wealth hit the Gulf Coast counties, the beach improved measurably.  Understanding they had a good thing here, the county dredged up sand and pumped it to the seawall, creating an even nicer beach, even closer to the beach house.   The beach at Waveland had always been our favorite, because it was the closest drive from the city and the shallow, warm water and small crowds fit our kids to a tee.  The bigger beaches along the road in Biloxi and Gulfport were more for tourists and teenagers.  The Waveland beach was to put it plainly, just about perfect.

The beach is still there, though I would not be surprised to hear that in the last 10 months it has been restored.   I doubt that it survived being virtually “ground zero” for the eye of Katrina.

My folks had wanted to go see what — if anything — remained for some time, so I had finally managed to schedule the time last Saturday afternoon to take everyone down there.  Standing on the foundation of what used to be the beach house, my mother could not get over how small the house had been — somehow with everyone there, it had seemed bigger to her and just fine to all of the rest of us.  It was cozy, and you played casino, fishing, and hearts while seated on the floor in the living room and if you weren’t part of the action, you could retreat to your small corner.  It worked out fine.  We were city people now and the open yard and lot, the patio, and the short stroll to the beach made it all seem immense.

Nothing is left of Waveland up to the railroad track a mile or so in-land.  Not much is left from there to Highway 90 either.  On the main drag where there used to be a city hall, now there was a piece of a wall that remained, and there were three canvass “Quonset-style” tents pitched where citizens used to do business, pay taxes, and so forth.

We drove up to Bay St. Louis.  The road had disappeared past St. Stanislaus, which was mainly boarded, but bustling.  Bay St. Louis was built more on a bluff, so past the brunt of the wind’s force, more remained and people were still living and working there.

It is all Waveland again:  just land and waves and nothing more.  This is the way it will remain for quite some time.  One could see that several pioneers were building higher and coming back.  There were a couple of trailers.  The clock has been turned back 50 years or more.

Maybe my dad was right after all.  We always knew anything near the water, as much as we loved it, was still a risk and trouble waiting to happen.  Weather waiting to roar.

Right now, Waveland is simply a place for swimming.  Maybe fishing?  A place for a walk or run on the beach.  A bike ride, if you brought one.  It’s just not a place to live and won’t be for a long time, and certainly when it is again, it will not be able to look like it did with small houses planted on slabs waiting to be washed away by wind and waves.

New Orleans is enough of a handful.  It’s good that this was one place where we could shake our heads, be sad at the tragedy, but finally get back in the car and drive away.  Drive home. 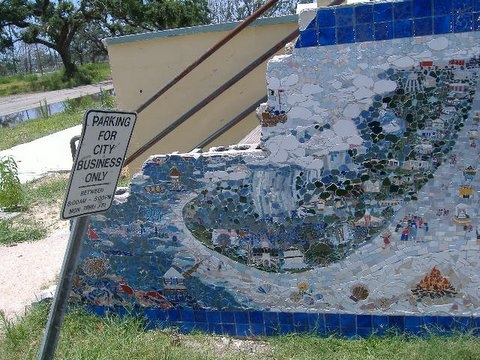 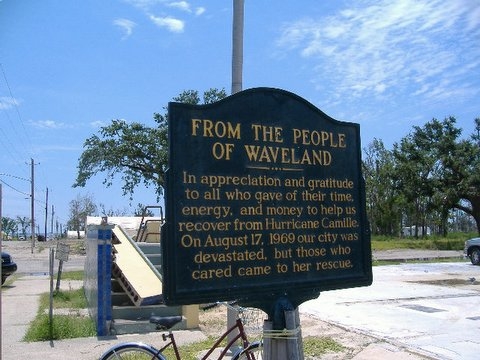 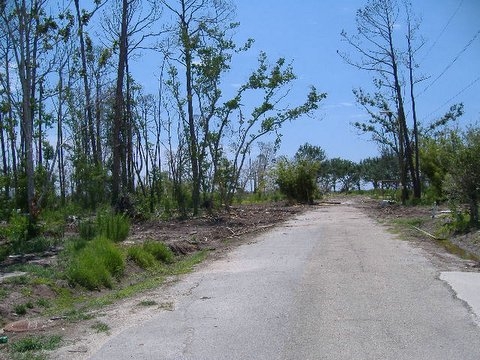 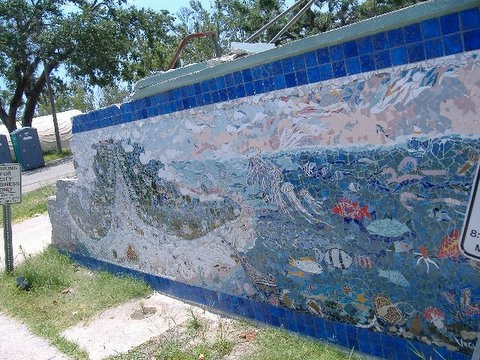