Columbus     Every two years ACORN members come together in convention from across the country.  Today the busses will start rolling from as far as Texas and Louisiana and Florida and Arkansas and Missouri to travel through the night to Columbus, Ohio and the Ohio State University campus.  Tomorrow morning the busses will roll from New York, Pennsylvania, and Illinois and other locations that are just a little closer.  For the first time there will be a real international contingent with a bus from Toronto bringing members from ACORN Canada.  The airplanes are already dropping in delegates from Mexico and Argentina and tomorrow from Vancouver in British Columbia.  Many people — three hundred — will come from California by plane on Saturday, making that contingent as strong as the number coming overland from New York tomorrow.  We will have delegates for the first time from Hawaii and other fly-ins from Arizona, Washington, Oregon, and Colorado.

Not surprisingly, the 2006 convention will be the largest in ACORN’s history with over 2500 members having scratched and scrapped together the funds to get to Ohio.  The theme is Raising our States!  This convention is about raising the minimum wage in Ohio on the ballot this fall, just as we did in Florida in 2004, and are also trying to do in Colorado, Arizona, and Missouri this year as well.

Some staff and some members have been in Columbus all week getting ready.  There’s a lot of logistics to bringing 2500 into any space, and it takes a lot of hands and shoulders pushing the pieces to get them together.  Carolyn Carr and Steve Kest are old hands at this and are easily found at their posts.  We joke that anyone who excels at virtually any piece may never be able to shake it.  The skilled pieces like running the bus transportation system (Pay McCoy and Craig Robbins this round) or doing the housing (Janet Reasoner’s rookie debut in this post) are so central that staff just about have to retire to get off the list.  Staffs are literally trained on these transitions a convention or two ahead of time.  Room set up and packet assembly would not seem the same without Irvine Figueroa, Nancy Boykins, and Aileen Rogers from CCI plugging the gaps.   After more than a dozen conventions some of these pieces become old hat.  None of them though become unimportant.  Relaxing vigilance simply means catastrophe waits!

There are even new jobs!  Mildred Brown gets to be a celebrity wrangler since Roseanne Barr is coming which means we finally have a celebrity to wrangle!  We are webcasting the convention for the first time so another new task is on the list.  There are now communications people everywhere too.

Some come earlier.  Some arrive at the last minute.

Everything becomes fine tuned and perfectly focused once the call is shouted out later tonight that the busses are rolling. 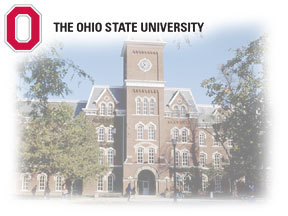