New Orleans        A bus load of ACORN members came in from Houston hoping to find out not only about training, but also about jobs.  Another 50 folks came from New Orleans and Baton Rouge ACORN for the same reasons with 35 of them wanting to register for jobs or training.  Local 100 SEIU had members and leaders there for the grand opening.  The lead speaker was an ACORN Katrina Survivor leader from Houston.   As the critical community partner acting as a midwife to the efforts of the Service Employees International Union (SEIU) and the Laborers’ commitments to helping rebuild the city by opening the Worker Resource Center, we all were doing our part to see if we could collaborate and address the jobs crisis in the city.

Right now, it’s less about wages than it was before the storm.  Even service sector jobs are paid decent wages comparatively.  Unemployment though is down less than 5% in the City of New Orleans, yet is almost 25% among evacuees still displaced in the diaspora.  Meanwhile there are a host of businesses, especially in the hospitality industry, that are dying for help.  Some friends reported in disbelief the fact that muffaletta making kitchen at the famous Napoleon House shuts down now at 5PM and the whole bar shuts down at 6PM.  A bar shutting down at 6PM in New Orleans?  I think there is in fact a law against that!

The big problem is still housing of course.  People dying to return, but nowhere to live.   Now that rental assistance is ending for evacuees, and unemployment aid has ended, and public housing is being torn down, it does make us wonder, who is on first, and what is on second, but at least at the Worker Resource Center some important unions, including my own, and community partners, especially ACORN, are trying to address another huge issue separating people from home. 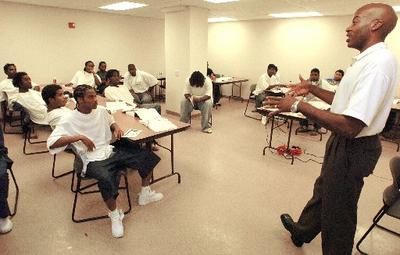 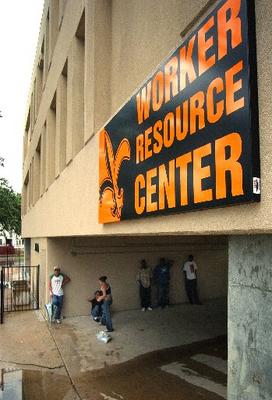