Los Angeles     The reality of air travel and the amazing way that airports have become the “new bus stations” became starkly clear at 4:30 AM on Saturday morning.  TSA opened the security lines and since I was flying Continental Elite, I was the 3rd person through the line and onto the concourse.

Nothing was open.  Everything was shuttered tightly.

I expected to see some of the janitors of SEIU 1877 dealing with the detritus of yesterday, and they were here.

Walking the quiet, empty concourse was peaceful in its own way, until one looked to the right or left into gate waiting areas.  At first one only saw the seats in one row after another.  But, looking more carefully one saw little villages of people sleeping on, under, and around the seats.  Some were sleeping on their own baggage.  Others had spread newspapers out on the carpeted floors.  Younger singles and doubles were clustered around power outlets where they could recharge cell phones and still get some rest.  Mothers and sons were there.  Older people were as numerous as younger.

None of it looked like lifestyle choices.  These were people trapped between one place and another.  Many probably flying in from foreign countries and now making domestic connections.  Others were simply on the wrong side of time and weather.

Walking onto the concourse, nothing moved and no one stirred.  The night was still in their eyes as they slept and waiting for flights to come going to somewhere and nowhere.

Were we being checked by security so closely so that we did not endanger the 100 people living on this concourse on this night?

How do I think about all of this?

In the fancy city of Los Angeles, I was glad this was a safe zone.  A public place with private challenges.

A new bus station rather than an exotic location. 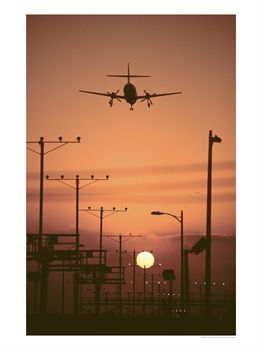